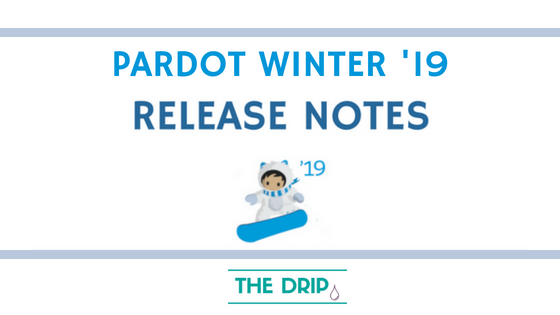 Surely it’s not time for the Winter ‘19 release already? Maybe it is just me, but it’s pretty hard to keep up!

The Salesforce Winter ‘19 Release Notes became available earlier this week (a bumper PDF yet again, 470 pages in total!). The release notes are still in ‘Preview’ stage, so we will still have some time to wait until the release is live.

This post will cover what’s just around the corner for Pardot, namely:

This post is targeted at Pardot users, but if you want to read up on the release highlights more generally, you can check out Ben’s Salesforce Winter ‘19 highlights post. 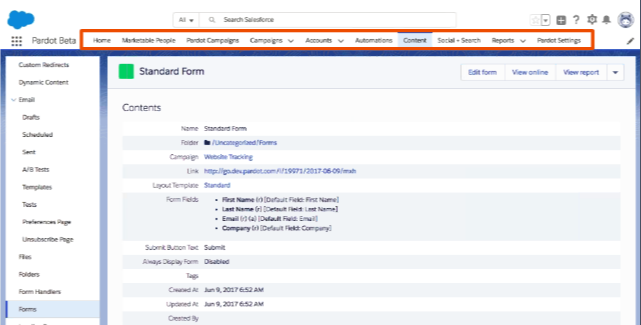 Previously, it has sat in the App Launcher menu as ‘Pardot Lightning Beta’ – so this name will be changed as it’s lifted out from Beta testing. So what? It’s the end of the Pardot-as-an-iframe version, which (let’s be honest) was ‘buggy’ for super users. Instead of the iframe superficial integration, the navigation now aligns with Salesforce Lightning and has been cleaned up. Many Pardot users have already had the chance to play around with this, and if your opportunity hasn’t come yet, here’s a tour around its features and UI. 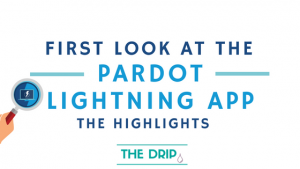 Yes please! There was a desperate need for this functionality – not being able to resubscribe prospects was a product flaw. The flaw was down to the Salesforce-Pardot Connector, and ironically, was designed this way to always protect the Email Opt Out field between the two platforms.

It’s the end of crazy workarounds, such as the double automation rule trick, and disabling CRM sync to opt prospects back in, which Tom Ryan details in his post. Even Salesforce say you couldn’t resubscribe prospects ‘without a fight’!

From the release note wording, it sounds like the re opt-in has to still be done by an internal user. In cases where you want to Prospects to opt back in themselves, you will need to put some automation behind your resubscribe button/field to notify the appropriate users to go in and make the change.

I think GDPR kicked off this ruckus, once everyone started auditing prospect email preferences, and closely examining their opt-out/in processes. The upside is the newfound awareness around permission-based marketing and communication preference frameworks in means we can all be trusted to override unsubscribed prospects.

The new setting is found on your Salesforce connector settings, called ‘Overwrite Prospect Opted Out field’. It’s limited to 100 prospect re-opt ins per day, per account.

Last release, ‘Connected Campaigns’ were all the rage. Pardot campaigns became ‘connected’ to their Salesforce counterparts, sharing the same information such as name and cost values.

But there was still the problem of pushing prospects from Pardot into Salesforce Campaigns, to be created as Salesforce Campaign Members. Completion actions and automation rules did the trick, but it was time-consuming and open to human error.

Now, Prospects associated to Pardot Campaigns will automatically appear as Campaign Members on the Salesforce side – and the Pardot campaign will be marked as the ‘First Touch’ in campaign influence reporting for that Lead/Contact.

Two settings you need to enable for this are Connected Campaigns and Member Sync. 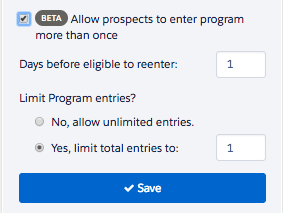 Bet that got your mind whirring about your own use cases for repeating Engagement Programs, whether that be quarterly campaigns, or a nurture track every time a prospect submits a key webform. Now you will be able to convert them into being repeatable flows. There are so many key use cases, it’s a wonder how we survived without it! 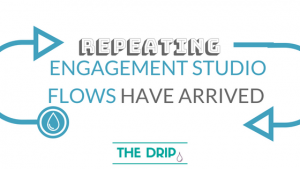 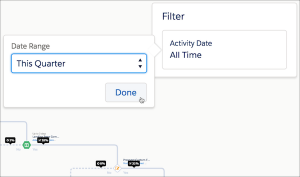 This is the ‘New’ connector, and will only be available for new accounts (I’m assuming accounts activated after the Winter ‘19 release date).

Previous Post: TIL: How to Set Pardot Automation Based on Today
Next Post: TIL: When & Why Scoring Changes are missing from Prospect Activity