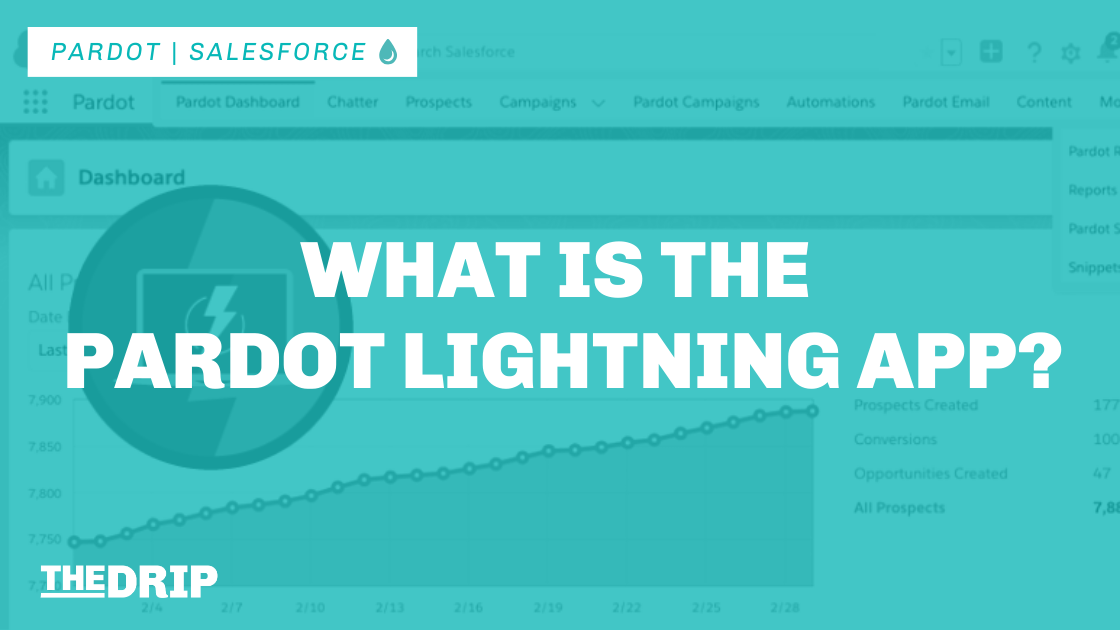 It’s no secret now that Pardot is moving into Salesforce’s Sales Cloud, becoming one platform. This decision was inspired by Salesforce’s dream of marrying up Marketing and Sales teams, traditionally siloed and misaligned.

The Pardot Lightning App is another step closer to Salesforce’s single platform vision, bringing Pardot into the Lightning user experience (UX)– what Salesforce have coined their ‘native experience’. Eventually, the one platform will apply not just to the UX, but to the product infrastructure (technically, under the hood).

Salesforce confidently shows the world how their Lightning user experience boosts productivity for every platform user: “end users when they work, admins when they customize and developers when they build”. Now, a Forrester Study titled “Total Economic Impact (TEI) Of Salesforce Lightning” backs this up, with the topline benefit of 341% in ROI.

So, there’s good news for Pardot users that we will soon be invited into this new realm of productivity.

You may be confused at this stage. Yes, you can currently access Pardot from Salesforce, currently using the Pardot app inside Lightning.

However, this is Pardot embedded via iframe. It’s a superficial integration, that acts as a window into the Pardot application, rather than the product sitting in the Salesforce framework.

Heavy users of this app may see the ‘buggy’ elements with it, such as returning to the dashboard upon page refresh. Bought out around the time of Salesforce/Pardot SSO (single sign-on) it was a step in the right direction.

Although the new Pardot Lightning App will still be Pardot exposed within Salesforce, it will adopt the Lightning user experience users have grown to love. Plus, an end to those horrible navigation bugs.

The new app will appear in the App Menu as ‘Pardot – B2B Marketing Automation’, seen below:

Note: the app ‘Pardot’ is the legacy app. If all of your users are happy with the Lightning App after you install it, I would recommend moving the old app.

The most notable elements are: 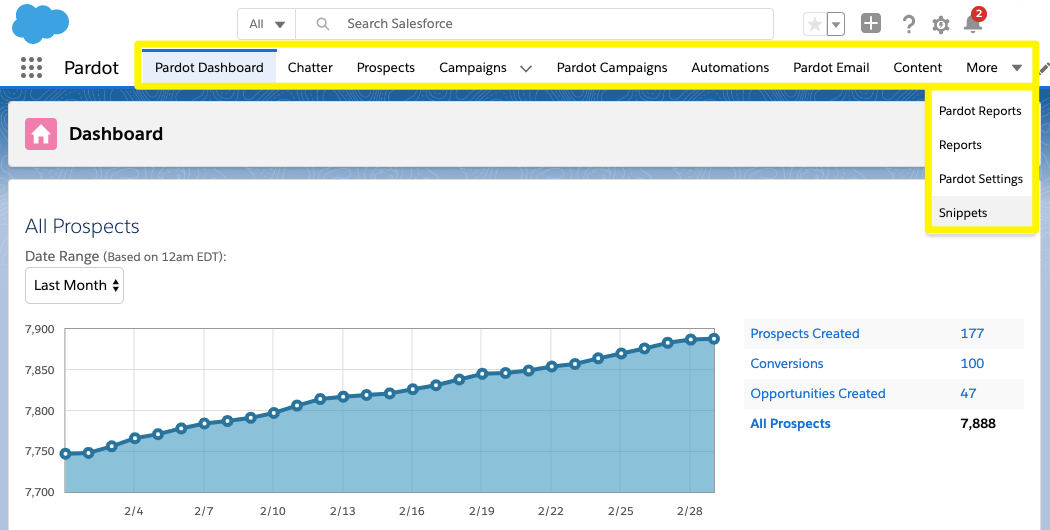 As it is currently in beta. meaning that you can opt-in to be part of the final testing before general release. It will likely be generally available with the Summer ‘18 release, scheduled for the week of June 11th.

To enable it, you will need to navigate to:

After following the transition instructions, you will need to update Permission Sets in addition.

Just to note that the iframe app will not automatically disappear. If your org uses this, consider removing it when you enable the new Pardot Lightning App, or it could be confusing to users!

4 thoughts on “What is the Pardot Lightning App?”