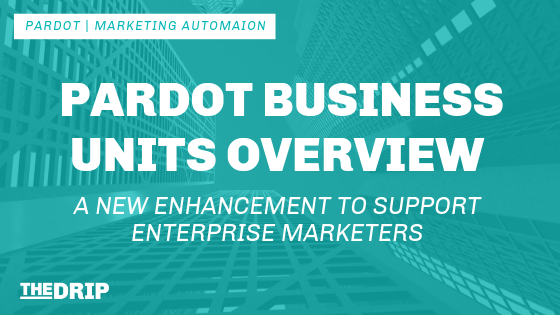 Pardot Business Units are a new feature that is hoped to fulfill the needs of enterprise Pardot customers. Personally, I am very pleased about the announcement. Having implemented and admin’d Pardot orgs for a few large businesses, I have seen the need for this first-hand, time and time again. If you purchased or upgraded to Pardot Advanced Edition in the Spring ’19 release*, then you will be able to take advantage of this fantastic enhancement.

This post is the result of my nosy nature – after digging around for information, this post will cover:

What are Business Units?

Business Units partition off your Pardot account into separate spaces, to control data access and content sharing for users. Businesses are typically structured by attributes such as product line/brand, region, or naturally divided as the result of acquisitions. Pardot Business Units would mirror these divides in your organisation, almost like having a separate Pardot account for each.

It may help to see the Account Switcher feature, new to Pardot in the April ’19 release. You are logged into one org, but can only access one business unit at one time, separated from any other business units, shown below:

Business units have been a long-standing feature of Marketing Cloud, too:

However, unlike Marketing Cloud Business Units, Pardot Business Units don’t have any relationship to each other, in other words, there are no parent/child accounts. You can imagine each business unit being the child of a different family.

This feature is also comparable to Google Ads accounts and MCCs, if you are more familiar with this.

If we take a quick detour into Pardot’s history, we can see why Business Units are a big (and urgent) deal.

Pardot was originally a tool aimed at the SMB (small-medium business) market, yet it broke into the corporate market in the years following its acquisition by Salesforce in 2008, becoming the default choice for Salesforce customers doing B2B marketing. Aside from AMPSEA, Pardot’s core has remained practically unchanged since.

Now, Business Units will hopefully give enterprise admins the data structure and visibility control they need. It’s set to be much more stable than syncing multiple Pardot accounts to one Salesforce org.

As I mentioned in the opening, Pardot Business Units (BU) are exclusive to those customers who recently purchased or upgraded to Pardot Advanced Edition.

Trust me, I am so happy that Pardot Business Units (BU) is now a reality.

It does seem like a sensible time, however, to cover some of the current limitations before anyone dives straight in:

Let’s not dwell on the limitations for too long now that we are aware of them. Despite what some admins may consider a temporary annoyance, there are strong hints that Salesforce are actively working to solve these.

You may have seen the ‘Marketing to Multiple Business Units’ survey recently pop up in your Pardot account. I jumped straight into the survey to see what kinds of questions Pardot were asking, and therefore, what new focus they are likely to set. 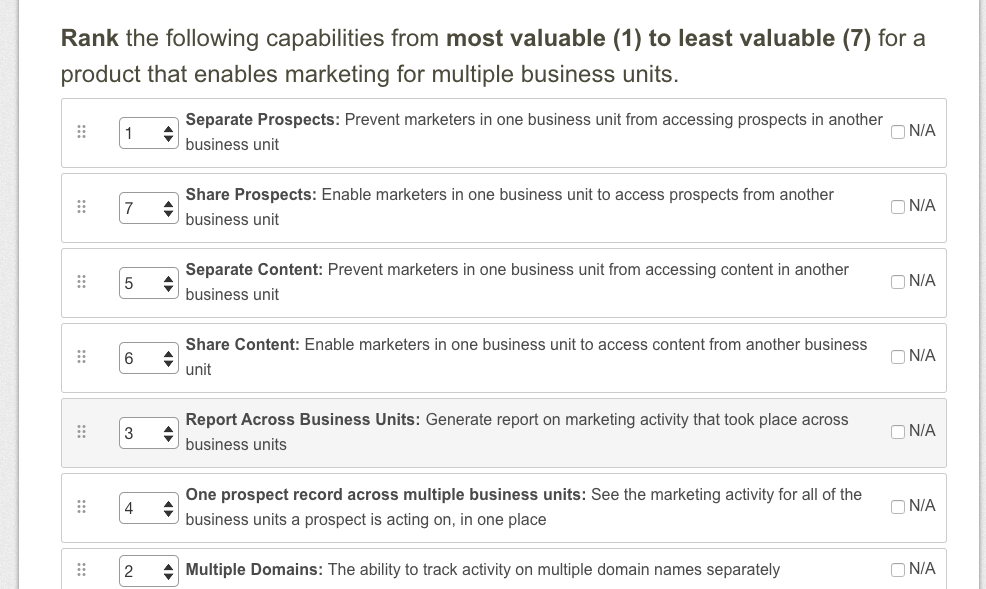 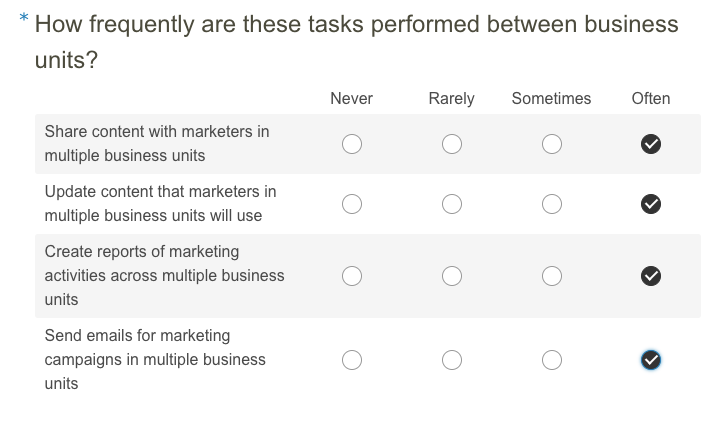 If you felt strongly about any of the current limitations, I urge you to take this survey to shape the Pardot BU development roadmap.

Business Units have been roadmap rumours for some time, especially a high priority for corporate customers. I know consultants (myself included) have been waiting with bated breath.

This post on the new Pardot Business Units feature has been the result of some digging I’ve done, but I know is not the full story. As BUs are exclusive to new Pardot Advanced Edition customer, it remains a mystery to the majority of Pardot Marketers. Functionality may become available to existing customers in due course, but until then, it’s best to take what we know about BUs into consideration.

Again, if you felt strongly when reading the limitations section, you can help shape the Pardot BU development roadmap by taking the survey (refer to the notification in your Pardot account for details).

Previous Post: How Fast Will Your Pardot Email Get Sent? 5 Factors That Will Speed It Up or Slow It Down
Next Post: Pardot for Healthcare & Life Sciences – Healthcare Marketing for Salesforce Health Cloud