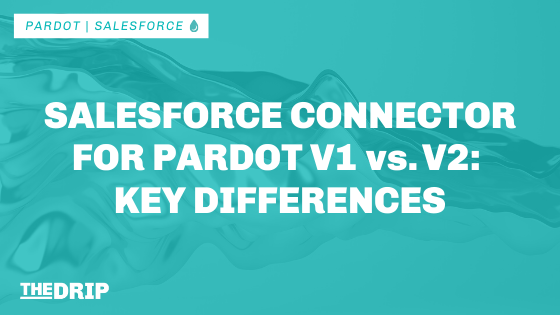 There are now two versions of the Salesforce-Pardot connector that are known as ‘v1’ and ‘v2’. Perhaps it goes without saying that the v1 connector predates the newer v2 connector, which was released exclusively to new Pardot customers in February 2019. The v2 connector is easier to setup, offers easier (better) control over data syncing, and doesn’t require a user license as a ‘connector user’ – in short, v2 went out on a mission to solve the biggest pain points of the v1 connector.

There is now potentially some confusion. Out of the two versions, the version that is handed to Pardot Admins depends entirely on which date their licenses were provisioned* – there is no choice in the matter. If we hope that v2 will someday become the new norm, then we should all be clued up on the differences between the two.

The Differences Between Pardot Salesforce Connector v1 and v2

*provisioned means that the licenses were activated and handed to you to use.

**Fun fact! Even though the Integration User is called ‘B2BMA’, it doesn’t have any relation to B2B Marketing Analytics. 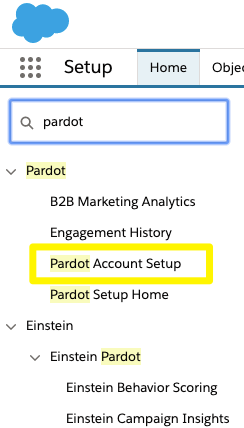 Above: how you access the v2 connector set up assistant from Salesforce Setup to complete the provisioning and assign your Admin user.

Above: how you access the Salesforce connector settings from Pardot Settings for both v1 and v2. For v2, this is where you will go to ‘unpause’ the connector.

The v2 connector went out on a mission to solve the biggest pain points of the v1 connector – let’s ensure that we are clued up on the differences between the two.