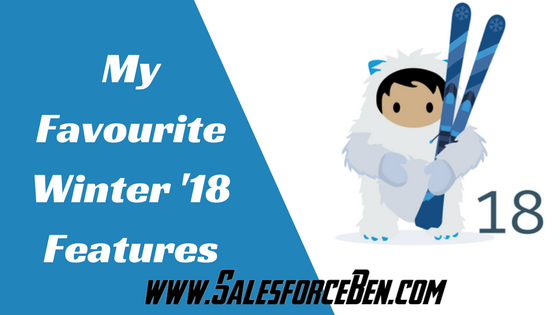 Winter 2018 has somehow crept up on us after an exciting summer release that has been bringing Salesforce & the Lightning Experience way beyond the 21st century. It is more evident than ever in this release that Lightning is here to stay, and if you want the latest and greatest features? You better get migrating. Luckily for you, gone are the days where 50% of the features you are using aren’t supported by Lightning. With each release that has gone by, Salesforce has migrated nearly all of the classic features over, as well as bringing out a plethora of new ones.

I’m not ashamed to admit that Lightning Experience was a great concept in the early days, but a nightmare to work with. Now I’m delighted to present it to my clients without the fear of a demo being ruined by that error box. Without further ado let’s have a look at some of my favourite features.

The Lightning Experience has gone through a few makeovers to ensure it’s looking its best (Remember the days of the vertical sidebar?!), and it’s going through another one. However because you get all sentimental and attached, this one is subtle, but really makes an impact. There are 3 main elements Salesforce have subtly changed:

– Added background colour to improve contrast between records, and background

Salesforce have also added various other features which are subtly improving the UI. You can now resize columns on list views, wrap text, and dynamically set column widths on related lists and list views.

Ok…you got me. Lightning for Gmail has been around for a few releases now, however the feature improvements in every release make it hard to resist for Gmail users. With me primarily working with Startups, Gmail has become the #1 choice in email, and ensuring your employees have a productive connection between Email & CRM has never been more important. Lightning for Gmail gives the possibility for some users to work exclusively out of their inbox, updating Salesforce as they progress through their emails. In this release you can expect:

– Tasks now being available to sync across the 2 platforms. Enabling your reps to work with a familiar Salesforce feature from their inbox.

– Einstein Lead Scoring now being available within your inbox.

– Email templates having been given a make over, allowing your reps to use classic email templates directly from within Gmail, complete with merge fields! 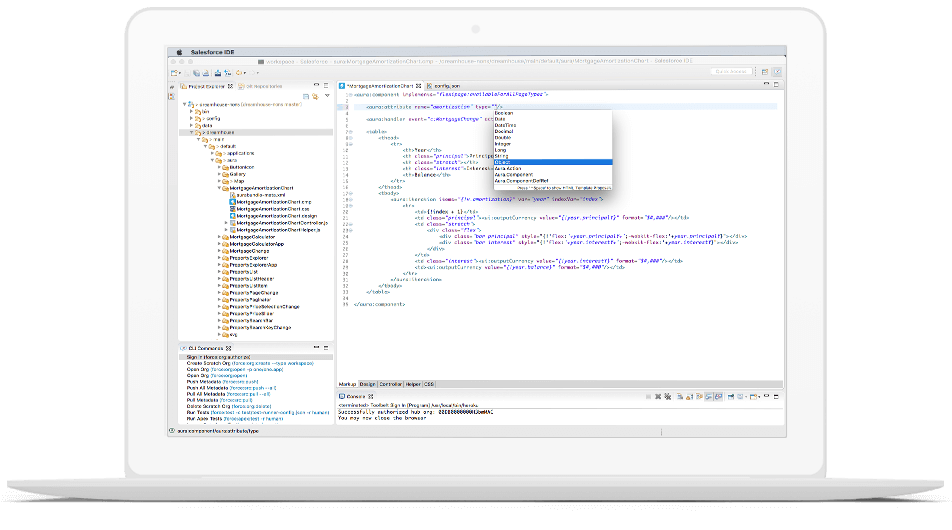 Unfortunately a couple of years ago Salesforce got voted the most dreaded platform to work with, and no one wants to hear that. So as Salesforce does, it listened and responded in force. Salesforce DX is making the platform a more delightful experience for Developers to work with. Focussing on source driven development that makes it easy for Developers to build together and continuously deliver. Find out more about some of the most exciting features below.

Hands up, who else cringes when you create a report in Lightning and are transported back to the stone age of classic? Well gone are the days of mixing the two, the Lightning Report Builder is here to stay. There aren’t any particularly new features in the Builder itself, but the responsiveness and general look and feel is a huge improvement. The real exciting part comes when you combine these features, for example you can now open reports up in Quip, add Dashboard components for tables and add up to 10 columns, you can even embed Dashboards in Lightning App’s and your home page!

Now if there’s one thing us Salesforce fans are going to get excited about, it’s going to be a new field. The Time field which was introduced as a Pilot in Summer ’17 is now in beta. Although this isn’t a groundbreaking feature, it will make storing time that isn’t related to a particular date a lot easier and less confusing. In addition to the time field, Salesforce are also releasing a few functions to help us manage our data, including TIMEVALUE, TIMENOW as well as HOUR, MINUTE, SECOND and MILLISECOND.

Previous Post: Wish you could achieve 752% ROI on your software? What one customer achieved with Salesforce Einstein Analytics.
Next Post: Heads-up Winter’18 is Coming

2 thoughts on “My Favourite Winter ’18 Features”