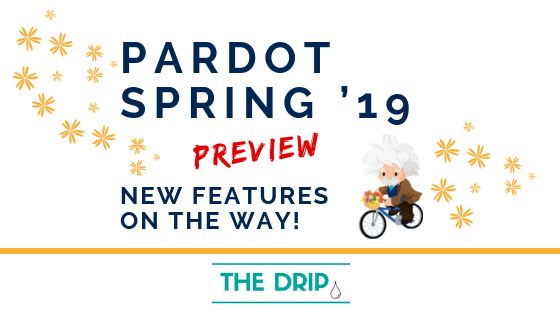 The Spring ‘19 Release Preview is here – which means we can finally uncover upcoming new Pardot and Sales Cloud features. I’m aware I say this almost every release preview, but this release is big for Pardot – I’m serious.

The release notes are hot off the press – all 429 pages. Luckily, I’ve cherry-picked the new features and enhancements relevant to Pardot and B2B Marketing, ranked by my personal favourites.

Before we start, you can expect these new enhancements to reach you mid-February, when the Spring ‘19 goes live. Not yet, but soon!

Plus, Pardot also announced that they will be moving to a more frequent release schedule, meaning new features will be delivered 6 times a year! That’s twice as frequent as other Salesforce tools. Look out for releases in
February | April | June | August | October | December.

FYI the next release is TODAY, December 19th. 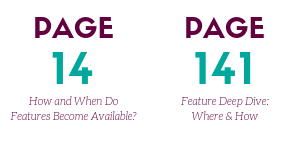 The big bang release on the B2B marketing front – Pardot is getting the Einstein treatment!

What does this mean? AI will be injected into Pardot marketing features, and used to aggregate data, crunch the numbers, to pull out meaningful insights.

“prospects generate a lot of data, but it’s hard to know what to do with it”.
Grades leads / contacts based on Pardot prospects’ activities, cutting out the ‘noise’ that can often skew scoring. This is a Lightning component, which needs to be added to your org to show this data. 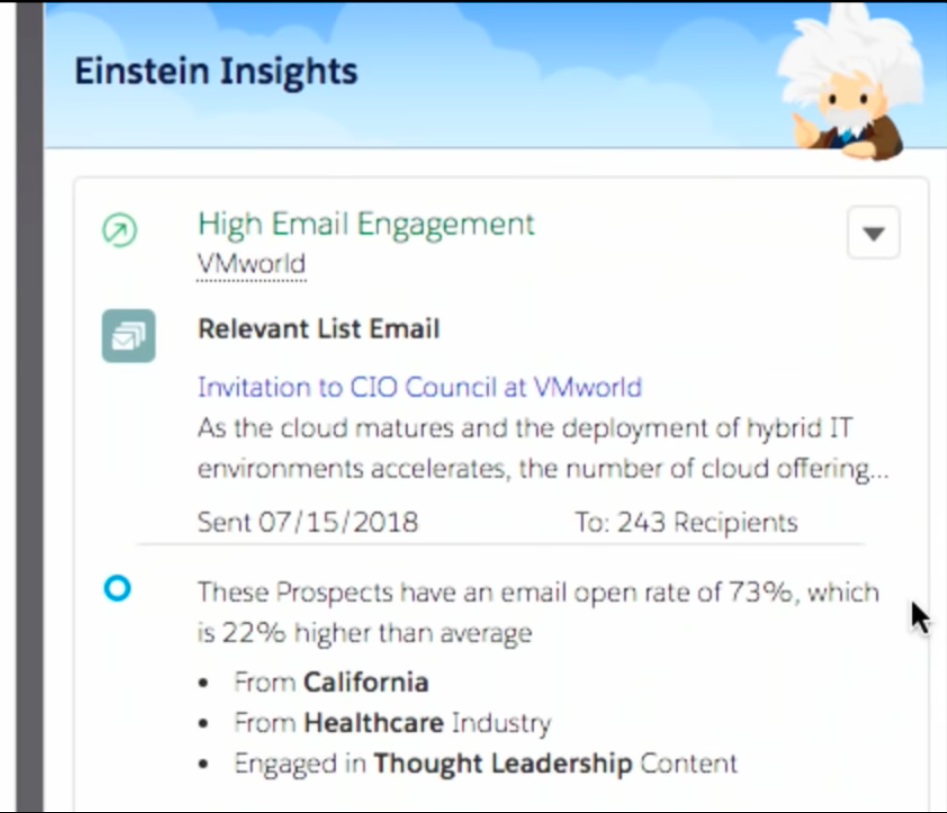 Both will require some level of admin setup. 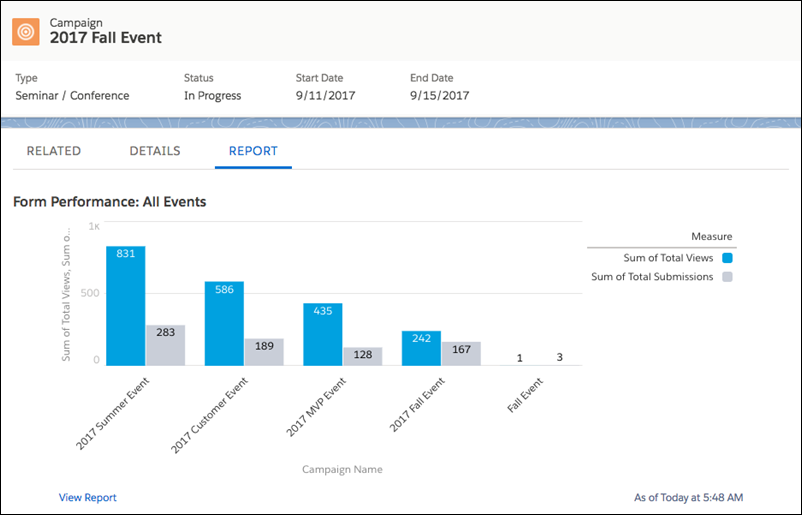 This is major! We have often thought/written about our Connector User woes on the blog, as currently selective syncing of Leads/Contacts to Pardot from Salesforce is determined by the dedicated Connector User’s permissions. It wasn’t transparent and frequently misleading to those not familiar with their Connector User.

From a simple dropdown menu, you will be able to specify filters using Salesforce fields, such as Country, Record Type or Industry. You can also leverage this functionality for extra data privacy and security. 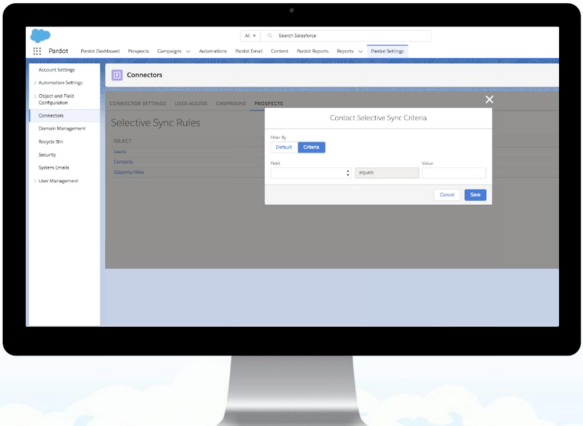 The control is placed into Pardot Admins’ hands – able to adjust the syncing rules without having Salesforce Administrator rights. Pardot Admins will be able to edit the Marketing Data Sharing settings on the Salesforce-Pardot connector from within the Pardot Lightning app interface.

Links contained in Pardot emails are rewritten when sent to be unique to each recipient, so that each link click can be tracked back to the specific Prospect record. Clever stuff.

However, rewritten links can often look spammy, or not ‘on brand’. It’s possible to hide these rewritten tracked links, but it’s not as easy as it could be.

Come Spring ’19, you will have full control over how these email links look – to ensure they are on-brand and generally ‘friendly’.

The Salesforce-Pardot Connector has its quirks, something I’ve got to grips with after a few years of Pardot consulting – I’m sure other consultants, admins and users can share their own stories. Which makes this next development all the more thrilling!

The new setup assistant will accelerate time-to-live by cutting out the majority of fiddly Pardot implementation steps that have tired many admins over time. Everything can be done from the Salesforce interface in one swoop. Plus, organisations that need to connect multiple Pardot accounts to one single Salesforce org will be able to do so without contacting support.

I felt that things have been too quiet on the B2B Marketing Analytics front, especially since it was included in Pardot Pro and Advanced Editions back in the summer. After playing around with dataflows, recipes and the small matter of replication, I start to understand why organisations haven’t embarked on Analytics yet.

Just like the new connector setup assistant, time-to-analytics will be (hopefully) rapid, so more teams can break out beyond traditional Pardot reporting.

A warm bienvenue, willkommen and bienvenido to these users.

Adding folders and folder permissions to Engage Template library to help narrow down which templates Sales users should use when.

This Pardot round-up of the Spring ’19 Release Preview has made me very excited. Maybe pre-Christmas fever is a contributing factor? Either way, these new features signal towards a Pardot with tighter integration, pumped with analytics and intelligence that I can’t wait to play around with.

Us Pardot Admins and Marketers certainly have our work cut out for 2019!

If you liked this post, you may also be interested in reading ‘6 Pardot Predictions for 2019 to Keep Top of Mind‘ 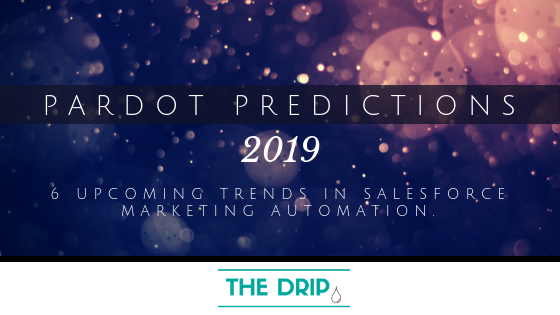