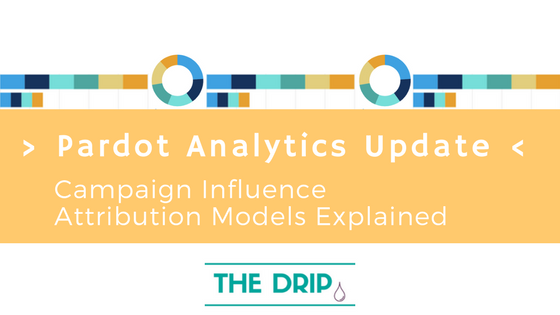 I’ll be honest, when I read this phrase the first time, I had to read it twice..and once again.

I assure you, once you understand the positive impact this will have on your Marketing, you will be excited. As marketers, we need to be well-versed on the topic, especially because Pardot are introducing updates into the Marketing Analytics product. In the bigger picture, it’s part of the drive to make Return on Investment (ROI) more granular, and Pardot Campaigns more CRM friendly, eventually molding seamlessly into Salesforce Campaigns.

In this post, I will break down this string of Marketing Tech Terminology into digestible pieces, demystifying it so that you can take full advantage of its potential.

To calculate the ROI of each campaign. This is done by associating a Sales Opportunity to a marketing campaign, which will credit it’s actual closed won revenue or forecasted amount to the campaign. This insight should be taken on board to feed back into your future campaign investments, indicating where best to spend your budget next time around.

Let’s break it down…

How many sales opportunities has a campaign ‘influenced’. This would mean the campaign’s activities (eg. emails, events) have exposed the Prospect to your brand & its messaging. Each activity is a ‘touchpoint’. Strictly speaking, the campaign has influenced the opportunity if the Prospect moves closer to purchasing.

Accounting for campaign influence is tough if you don’t have the supporting technology. In long sales cycles or non-linear lead nurturing, the challenge intensifies.

To Attribute: [definition] “to regard as produced by or originating in the time, period, place, etc., indicated; credit; assign”

When we say ‘models’, it is just the phrase to describe how the weighting is calculated for each touchpoint (campaign).

Loads of different models exist (some very advanced) – and now is not the time or place to get bogged down in the maths. 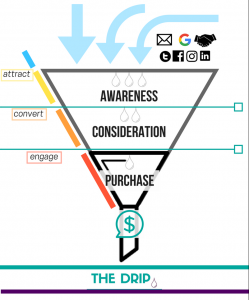 With reference to the classic marketing funnel to the right, I want to focus on 2 touchpoints in particular:

Multi-touch will be a new advance in Pardot Analytics. To best describe the new capabilities, it’s best to take a look at what is existing.

In Pardot, you have two campaign attributions on the Prospect record: 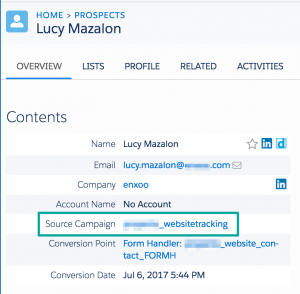 The Source Campaign is what is populated when a visitor reaches your site (usually your website tracking campaign) when you import prospects, or when you manually create them. 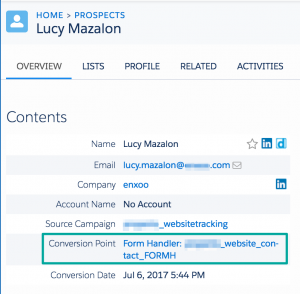 The Conversion Point is populated whenever a prospect submits their details for the first time – eg. if they fill out a webform.

Back in 2015, Salesforce made the claim that it takes 6 to 8 touchpoints to generate a viable Sales Lead – which is believable when you consider the range of marketing & sales touchpoints companies use these days across all channels.

To recap, on our Prospect Record, we have our First Touch (Source Campaign) and Last Touch (Conversion Point) – but, what about all the stuff in between?

Not losing sight of all the other touch points is what multi-touch attribution aims to do, accounting for all the touchpoints that led the opportunity to exist. You will be able to determine these touchpoints at the CRM opportunity level. This is great news for marketers, as less marketing effort will get missed. 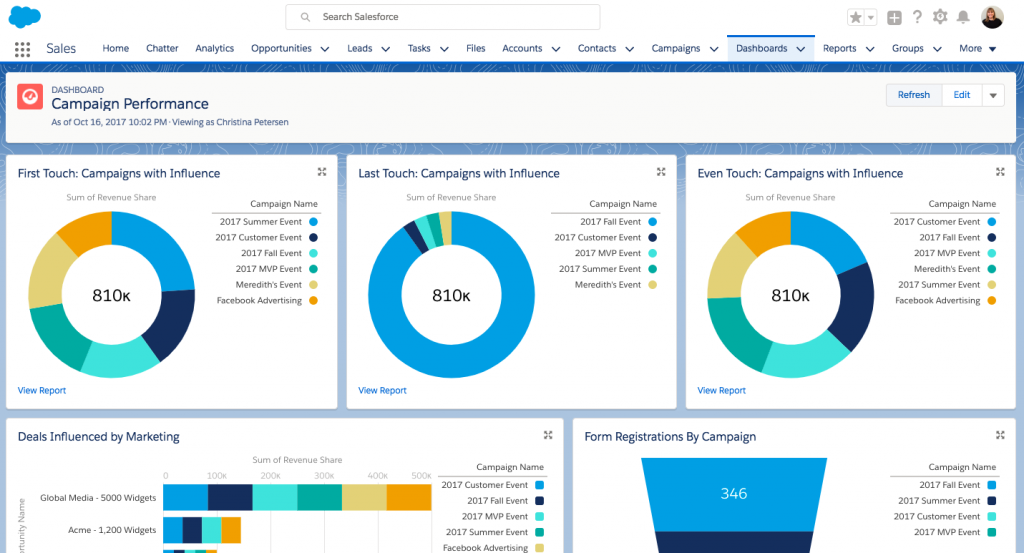 As I said, these are exciting developments for Pardot marketers, as part of the drive to make Return on Investment (ROI) more granular, and Pardot Campaigns more CRM friendly.

Previous Post: 5 steps to take when faced with Prospect complaints
Next Post: Make Contracts the Key to Your Dreamforce Learning Strategy