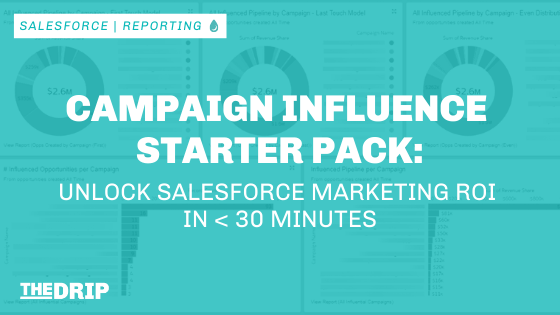 Lauren Drugan is a multi-disciplined marketing technologist with more than a decade of project experience managing marketing automation systems.

All marketers need to demonstrate the return on investment from their initiatives. Now users of Salesforce and Pardot have an exciting new option for understanding the impact their marketing is having on sales opportunities.

When you’re starting out with Campaign Influence data, we recommend taking a look at the data from the widest possible lens then narrowing it down to the most useful statistics for you and your teams. That’s where the Campaign Influence Starter Pack really shines: it’s a starting point that empowers you to visualize and analyze data from your marketing initiatives and influenced opportunities.

The Campaign Influence Starter Pack is a set of comprehensive dashboards built for both Lightning AND Classic (but let’s be real: they look way prettier in Lightning!), as well as the following individual reports: 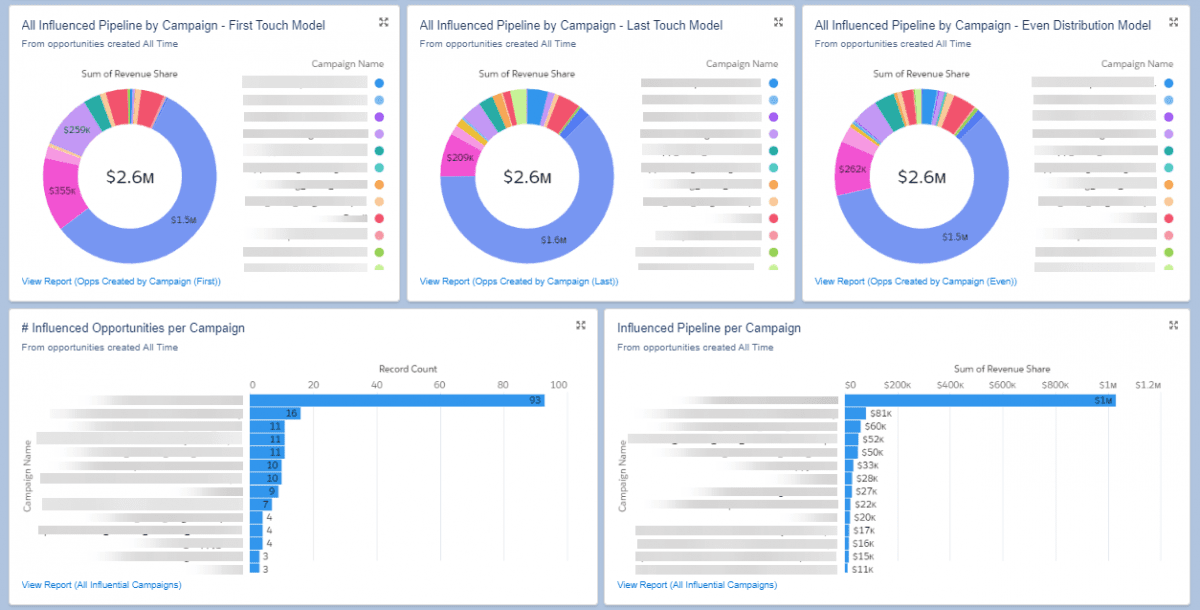 All reports and dashboards are set to display data from all time. You can add filters to these dashboards and reports, change the format, do whatever you’d like — they’re yours!

Keep in mind that any auto-association rules and campaign influence time frame limitations will affect what’s showing up in the reports and dashboards.

Get to the Bottom of Campaign Influence Data Challenges

That brings us to one of the most common concerns we hear. No matter how cool your dashboards look, they won’t be helpful if they’re not showing the right data. If you’re expecting to see more or different data than the Campaign Influence Dashboard shows you, it’s time to look at what could be causing that.

The most common culprits are:

The Campaign Influence Starter Pack provides the perfect jumping-off point for exploring your Campaign and Opportunity data, and it’s easy to set up!

We offer two install options for this FREE product: 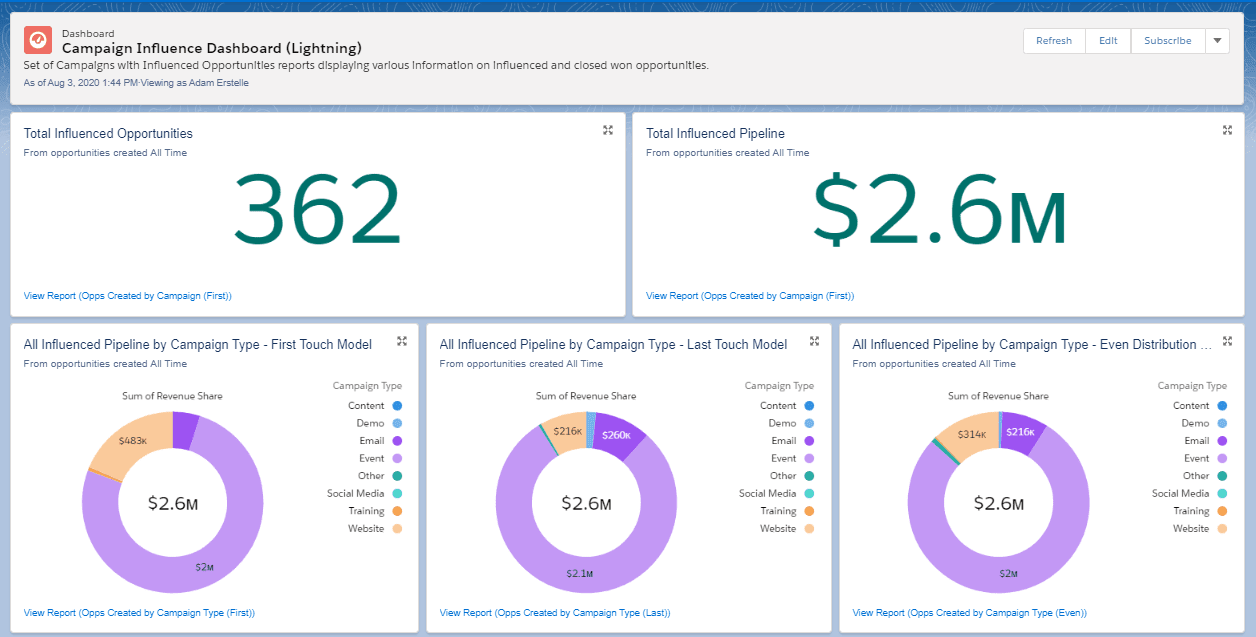