The energy and excitement in the keynotes were striking. In particular, the Salesforce Admin keynote was a celebration of pioneering Admins, rolling out many of the new features highlighted at Dreamforce, while the team running the Lightning keynote were met with near hysteria as Dynamic Forms were demoed.

Salesforce maintains that hard coding is no longer the way forward; low code or no code increases flexibility and speed. With its extra declarative abilities, Lightning continues to support low code, whilst also creating a seamless experience across the product suite and Admins are at the heart of this revolution.

Read on for 10 unmissable Admin announcements made at Dreamforce ‘19!

Einstein Voice brings the power of voice technology into the workplace. Similar to using Alexa or Amazon Echo at home, you can use Einstein as a voice-activated assistant to streamline your users working day and increase productivity. In real talk, this could mean asking Einstein how the forecast is looking or to open a specific dashboard during a meeting.

Einstein Search is about to revolutionise the way your users search in Salesforce; not only will it provide personalised results for each user, they will be able to take actions, such as edit, directly from search results instead of clicking into a record.

Instead of creating reports or list views, users will love the ability to search for data in new ways, for instance, searching for “my open opportunities”.

Einstein Search is currently in Beta but is available to be enabled if you are using Unlimited, Enterprise or Professional edition and have 150 active user licenses. 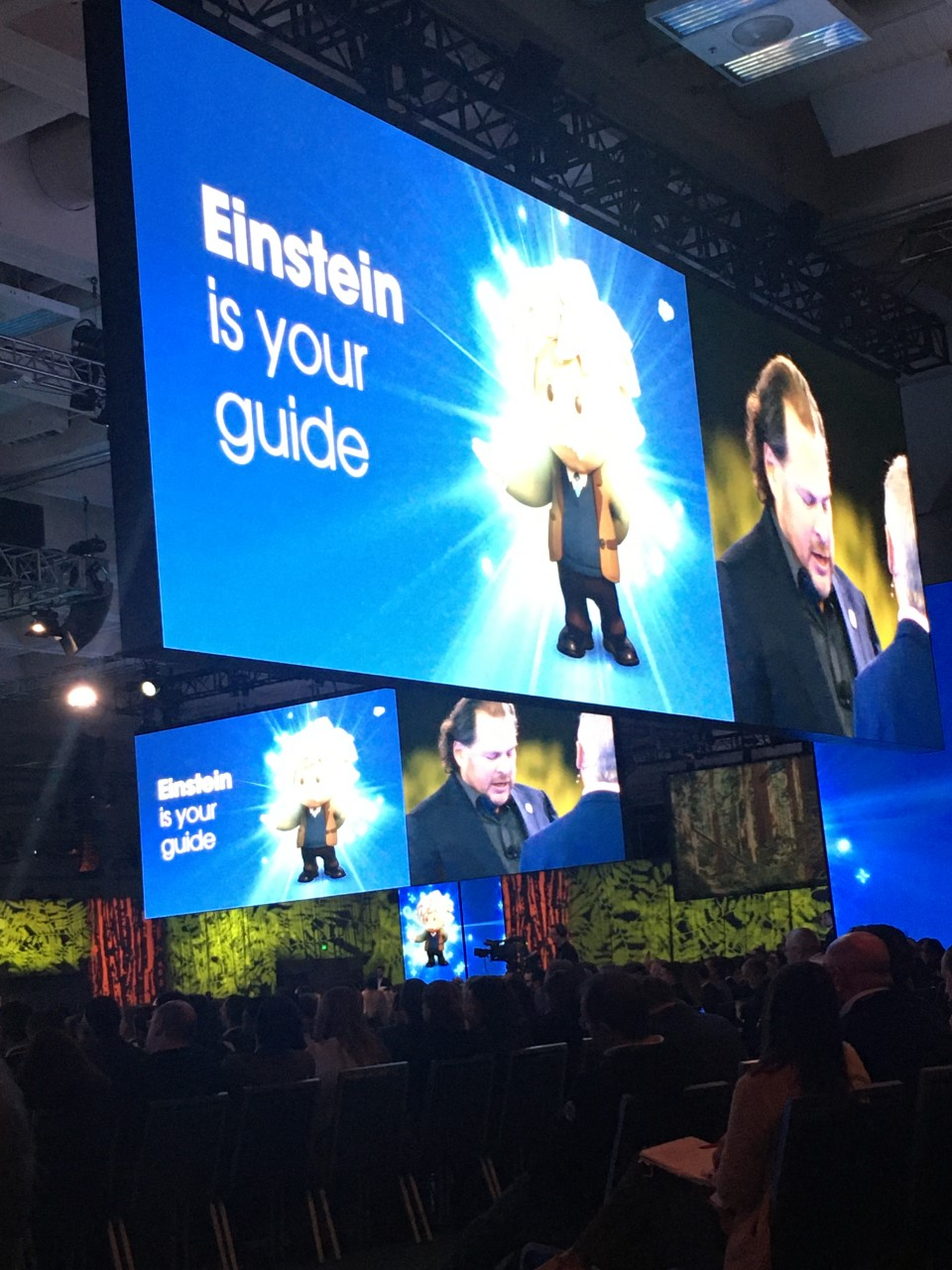 Marc Benioff announced in his fireside chat with Tim Cook, CEO of Apple, that he only works from his mobile and hasn’t touched his laptop in years. With that in mind, it’s no surprise that mobile was a hot topic at this year’s Dreamforce.

With 75% of employees no longer working at a desk, mobile is increasingly important; Salesforce have announced their new mobile app has been reimagined on iOS and enables your business to be “instantly mobile, conversational and smart”.

With plenty of new features, the app will help users stay up to date on the move. Enhanced capabilities include Einstein AI, Einstein Voice, custom push notifications and custom branded apps. iOS users will benefit from extra benefits such as the ability to integrate with Siri and Face ID.

As well as enjoying the new look, users will be able to speed up manual data entry using Siri or Einstein Voice Assistant to take notes, create tasks and update records.

A lot of new features presented at Dreamforce focused on increasing productivity for your users, which is great, but what about us? Admins love a time-saving trick!

If all of your Sales Managers require the same set of Permissions, you can create a Permission Set Group. If changes are needed in future you simply add or remove Permissions from the Group and this change applies to all users with the Permission Set Group assigned to them. You can read more about this exciting new feature here.

Probably the most exciting new feature for Salesforce Admins, Dynamic Forms is the most popular idea on 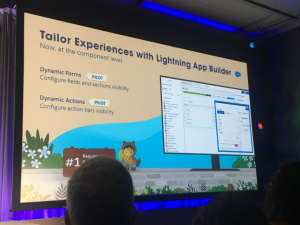 the IdeaExchange with 97,750 points. Dynamic Forms have been a while in the making, having originally been publicly announced at Dreamforce in 2018, so we’re thrilled to finally see some progress. The pilot is currently available for sandboxes but according to the latest comments from Salesforce on the IdeaExchange, but the general release may not be until Winter ‘21.

You’ll no longer be limited to placing fields only in the Details tab in Lightning; you’ll be able to add fields, tabs and components wherever you like. You’ll also be able to create visibility rules that show and hide your fields and sections. 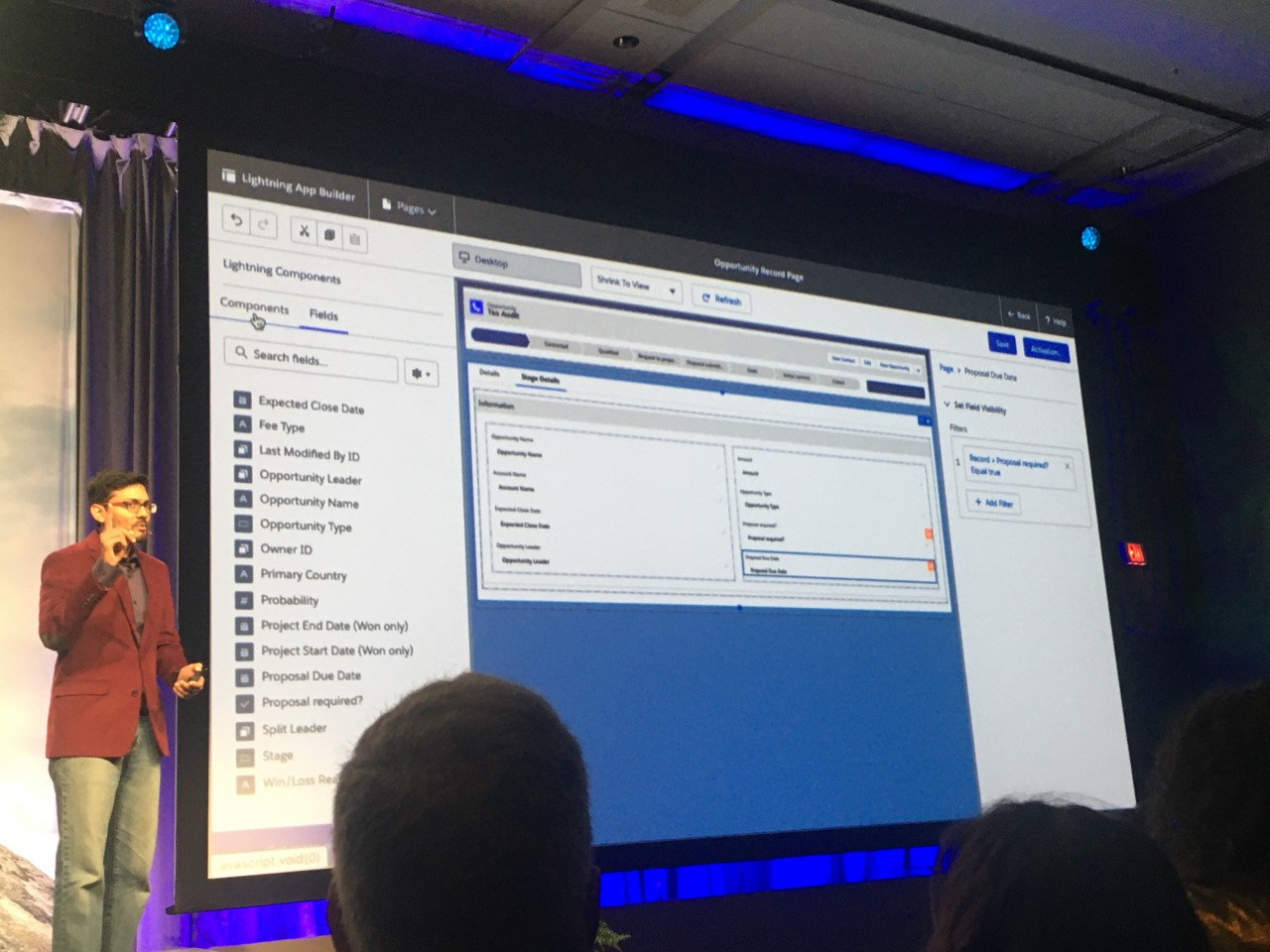 This functionality is currently limited to custom objects, however native objects are expected to be supported by general release.

Salesforce are extending the concept of dynamic pages to include actions. From within the Lightning App Builder, you’ll be able to directly configure actions and assign them visibility rules.

To do this, you’ll add a Dynamic Action Bar onto your layout and add individual actions. You can then assign filters so the Dynamic Action Bar is only displayed when needed. During the Lightning Keynote, Salesforce demonstrated displaying a “Create Competitor” action, only when an opportunity reaches Stage “Proposal Submitted”.

As the Admin, you’ll have an easier way to create actions whilst decluttering your Lightning pages, while your users will benefit from only seeing relevant actions at the right time.

If you’d love to use the new Flow Builder that was released in 2018, but don’t know how to get started, you’ll be thrilled to learn about the release of pre-built Flow Templates. These Flow Templates are available via the AppExchange, and are created by Salesforce partners.

Pre-built Flow Templates can help you get a jumpstart when creating a flow, and are based on industry best practice. Starting with a pre-built template can boost your confidence, eliminate blank canvas anxiety, and enable you to tailor the process to your specific business requirements.

I know what you’re thinking – “that’s not new!” It may not be exactly new but the Salesforce Optimizer has been completely reimagined and now, when you run it, the results will live inside of Salesforce. You’ll no longer have to wait for a PDF to be emailed with the results of the test, you’ll get immediate insights that you can view from within Salesforce. You’ll even be able to track when the Optimizer was last run.

The Salesforce Optimizer App (Beta) is currently available via Salesforce Labs on the AppExchange.

With all these exciting new features, I know you’ll want to learn about them and earn badges at the same time! So, what better time to announce Trailhead GO – the Trailhead mobile app designed for iOS. Now you can easily complete trails and badges on the move; with over 700 available badges, your only problem will be choosing which one to tackle first! 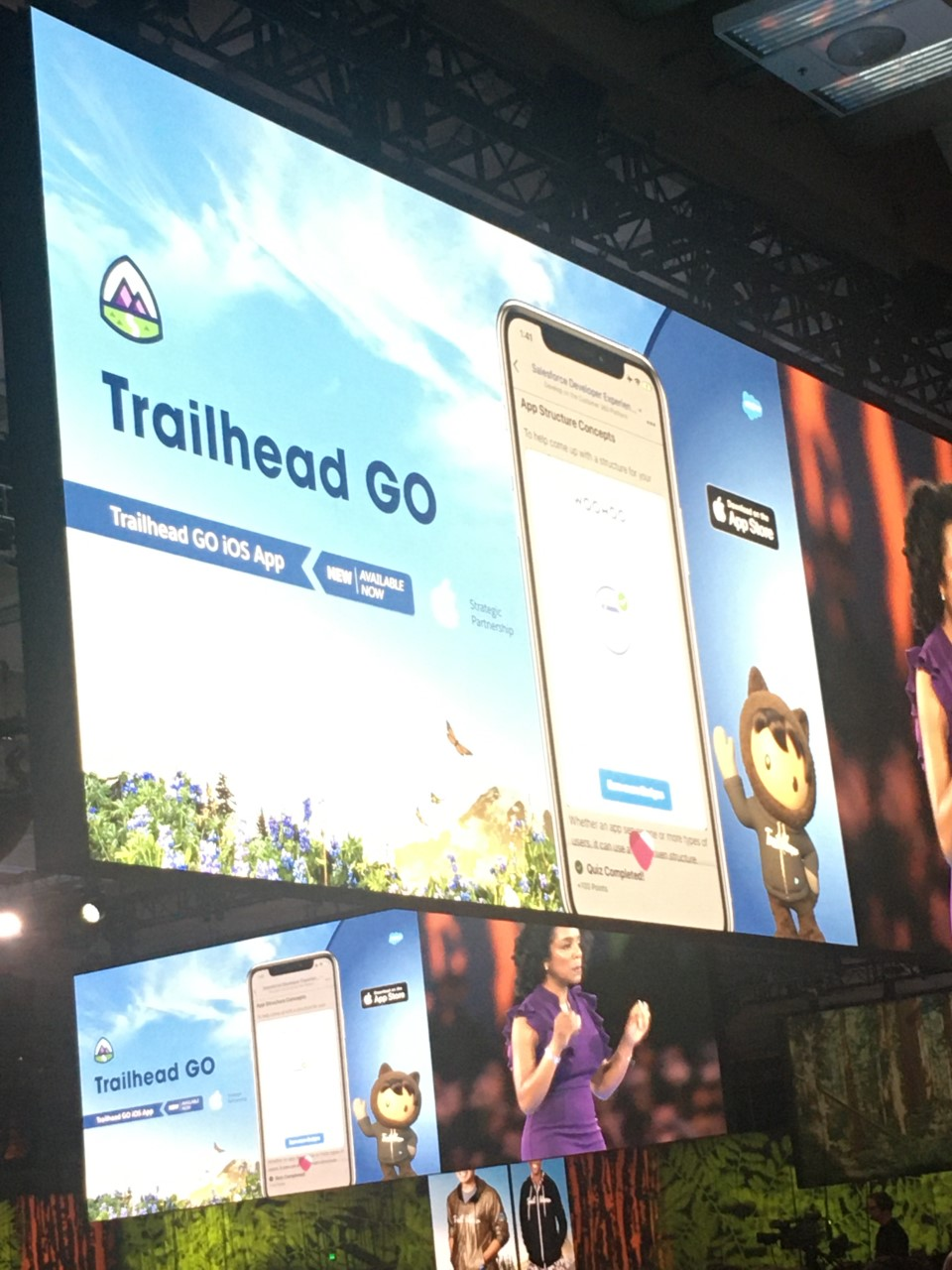