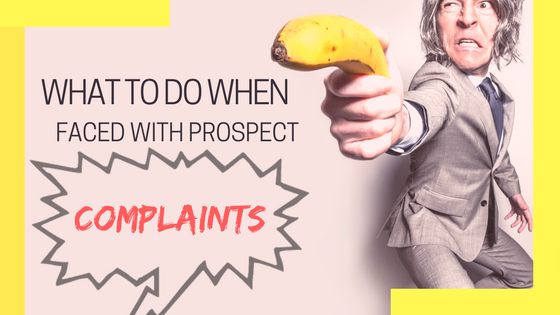 In the anti-SPAM age we work in, when a prospect complains about our marketing communication, our first reaction is to panic and jump straight into the defensive. If they have take the effort to actually ring up then we immediately assuming it’s bad, real bad. Examples could be that a prospect has received the wrong information, repetitive emails firing, or it’s in the wrong language.

But you shouldn’t panic. You should ‘Keep Calm and Carry On’, and follow the 5 steps we take when working with Pardot.

The first thing you need is the prospect’s email address – evidently, you can’t do any investigation without the vital key. This leads you to the prospect record where you can scan through the Activity and Engagement History. Luckily Pardot has a strong UI for this – you can quickly identify things that don’t look right. Blow it up big, and never rush checking each column.

In this example, we could clearly see a repetitive email being fired to the prospect. But looking more closely, we saw that the action was ‘Opens’ not sends. This is where Pardot’s clear prospect tracking saves the day.

To back-up what you see on the Prospect record, check the Email Report. By filtering by the Prospect’s email address, you can see that they receive this email once, which is logical as Pardot filters out duplicates from lists (unless you are using AMPSEA).

If the issue is caused by an Engagement Studio flow or drip program – pause them. You can only edit paused flows, plus you will prevent any more emails going out to prospects still being processed by the drips. This stage will become increasingly important the more Pardot develops the Engagement Studio feature, releasing advanced options, such as ‘looping’. The ability to make flows more complex will equate to more ways to go wrong if you’re not careful!

If you have the permission to, personally get in contact with the person who made the complaint. In the case we presented, there is no doubt the problem lies on the recipient end. A logical explanation would be that a bug/setting that the Prospect has within their email client/web browser caused it. There are reported problems with email clients such as iMail/MacMail, and browsers such as Mozilla, so it’s also checking out these links.

This personal interaction will go a long way, especially (as I said) if they made the effort to get in contact, they care enough.

On occasions where Prospects find your email genuinely annoying, their complaint might be a consequence of not being able to unsubscribe themselves. Always make sure preference centre link is visible so that you can deflect these calls.

A few words of advice…