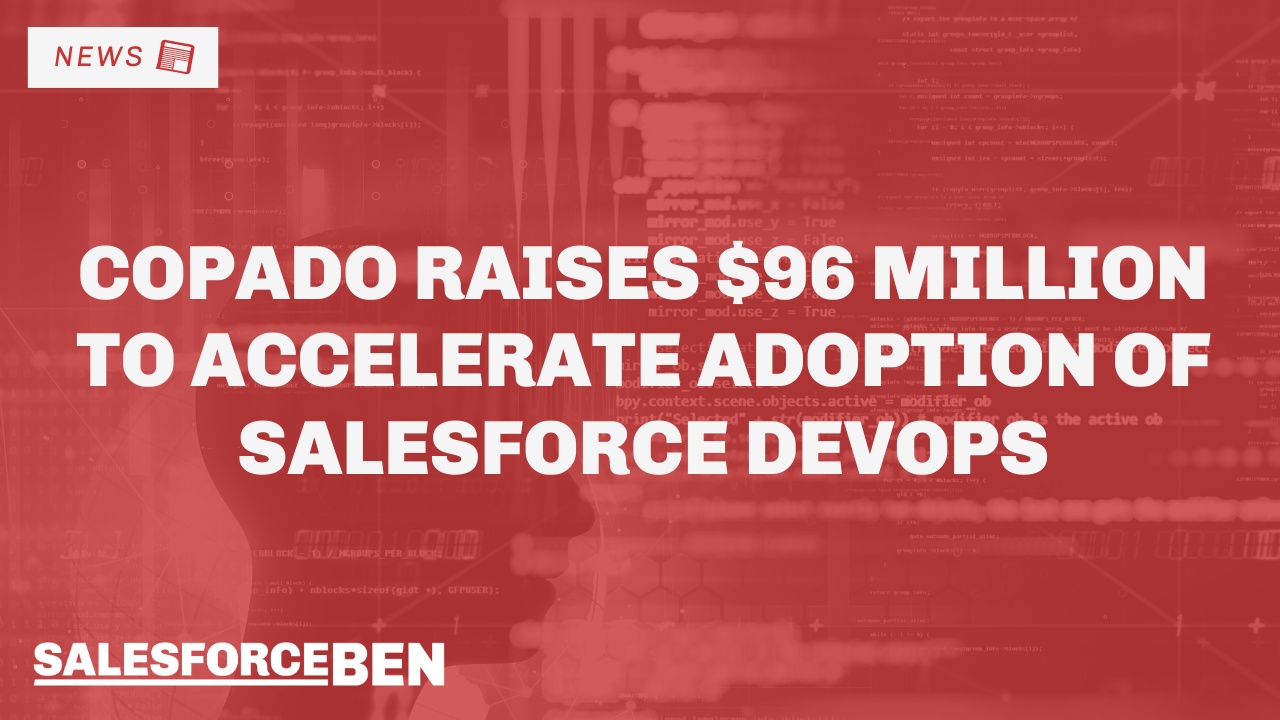 The great thing about the Salesforce Ecosystem is that there is always a new trend to get your teeth stuck into, which is almost dependent on who Salesforce decides to acquire, or which products they develop in any given year. This gives you the choice to push your career in any number of directions, such as marketing automation, or analytics, through business intelligence systems.

But one trend that we can firmly say is cemented in 2021, is the Salesforce DevOps world, with Copado announcing yesterday that they have closed $96 Million in Series B funding co-led by Insight Partners & Salesforce Ventures.

Copado are a DevOps platform natively built on Salesforce, with the goal of accelerating releases, allowing you to minimize the risk of deployments, and providing insight into performance through analytics.

Copado and other DevOps tools have been created to support development lifecycles on Salesforce as a business-critical system, as previous deployment tools such as Change Sets don’t scale as your dependency grows on the system.

If you’re planning to use Salesforce to develop in an agile manner, taking advantage of concepts such as Continuous Integration/Continuous Development (CI/CD), then you will need to look past the native tools available. As Ted Elliot, CEO of Copado says…

“Low-code cloud platforms like Salesforce work very differently than traditional development platforms. This prevents developers from working with popular code-based DevOps solutions, Copado is the only DevOps platform that was purpose-built for the speed and technology of SaaS clouds.”

Although this has changed in recent years with the release of Salesforce DX, an effort by Salesforce to start creating tools that support the growing needs of developers. While Salesforce DX has been around for a number of years, AppExchange Apps such as Copado, Gearset, Autorabit & Flosum, are far more matured in their solutions.

Over the past month, we have seen a number of announcements that highlight the importance that VCs are placing on the Salesforce DevOps space. Test Automation solution Provar announced $17M in funding just a couple of weeks ago, and OwnBackup raised $167.5M, valuing them at $1.4B.

If you are looking to learn more about DevOps and focus your career in the direction of one of the hottest trends, check out the Copado DevOps Mentorship program that was launched earlier this week.

Previous Post: Why Are Companies Investing in Salesforce Training Now More Than Ever?
Next Post: Myths and Truths About Protecting Your Salesforce Data: Part 2