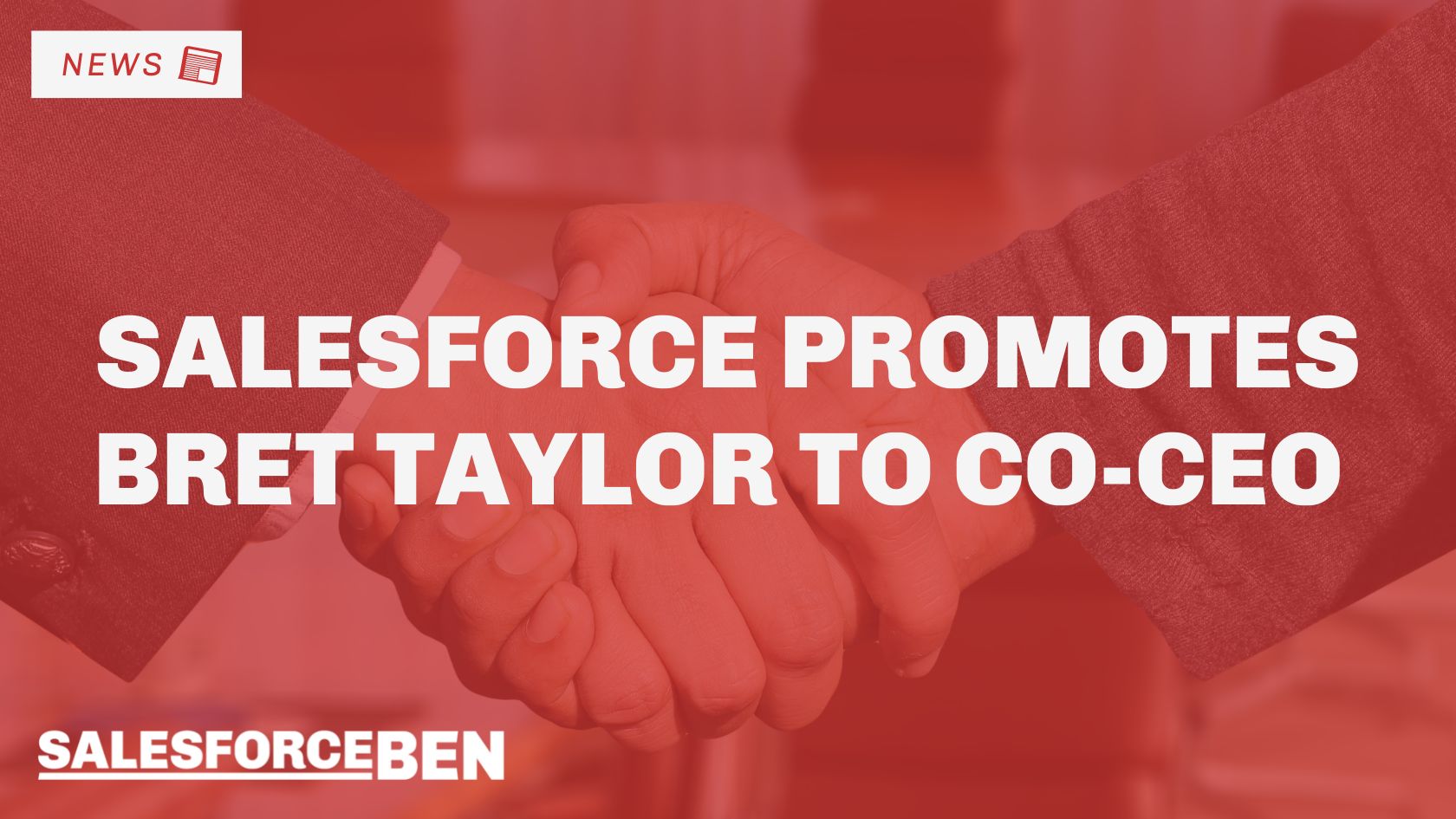 Salesforce has announced that from today, Bret Taylor has been promoted to Co-CEO & Vice Chair of the Board.

Bret came to be at Salesforce through the $750M Quip acquisition, a company that he founded in 2012. Since then, Bret has served as President, Chief Product Officer, and most recently, Chief Operating Officer of Salesforce.

Since February 2020, Marc Benioff has served as sole CEO, this is after his previous Co-CEO Keith Block left the company, a position he held since August 2018. Salesforce decided to adopt the Co-CEO model to allow Keith to focus mainly on sales, whilst Marc headed up the product, technology, and culture.

“Bret is a phenomenal industry leader who has been instrumental in creating incredible success for our customers and driving innovation throughout our company. He has been my trusted friend for years, and I couldn’t be happier to welcome him as Co-CEO.” Marc Benioff, Chair and Co-CEO of Salesforce

In the announcement, Salesforce didn’t provide a clear reason for Bret’s promotion. However, rumours have been circulating for a while about Bret’s imminent promotion. Could we see Bret Taylor charged with leading Salesforce’s 65,000+ organisation solo?

In addition to this promotion, and the highlight of Bret’s career so far, he has also been asked to become Twitter’s board chair after Jack Dorsey, CEO & Founder of Twitter stepped down. This is what Jack had to say about Bret…

“He understands entrepreneurship, taking risks, companies at massive scale, technology, product, and he’s an engineer. All of the things the board and the company deserve right now. Having Bret in this leadership role gives me a lot of confidence in the strength of our board going forward. You have no idea how happy this makes me!” Jack Dorsey, Co-Founder of Twitter

Who is Bret Taylor?

Bret Taylor is a serial entrepreneur and a familiar face in the Silicon Valley start-up scene. After graduating from Stanford University, he held senior positions at Google and Facebook, as well as founded (and exited) two businesses, which led him to his role of President & COO at Salesforce. From his highlighted achievements, you can see why he has risen the ranks to the position he holds today.