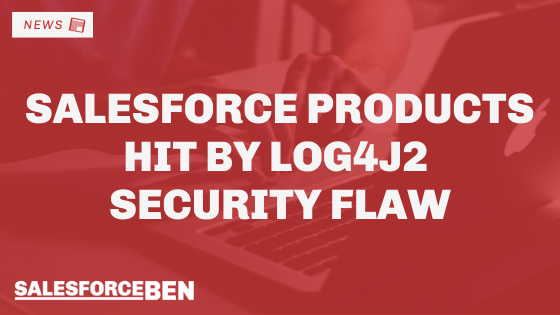 A security flaw was identified on December 9th, 2021 that has the potential to affect a large portion of the Salesforce development world.

Apache’s Java-based logging utility, Log4j, was found to have a security vulnerability officially known as CVE 2021-44228, or informally as Log4Shell or LogJam.

Apache Log4j is commonly used—most notably in Salesforce’s data loader. This was found as part of AutoRABIT’s research into the Log4Shell vulnerability and its impact on the Salesforce application development supply chain in the Force.com repository on Github. And as this data loader is potentially present in the software of every developer within a company’s team, it creates multiple potential points of entry for hackers.

Log4Shell is a Remote Code Execution (RCE) class vulnerability that allows bad actors to input arbitrary code into an application by exploiting the Java Naming and Directory Interface (JNDI).

Even inexperienced hackers have the ability to successfully execute this type of intrusion. From there, hackers are able to introduce their own lines of code by adding a single string to the log, enabling full control over the server.

Why Should I Be Concerned About Log4Shell?

The Common Vulnerability Scoring System (CVSS) rates the “characteristics and severity of software vulnerabilities” on a scale of 1 to 10, with 10 being the most severe.

Log4Shell has been rated as critical—10 out of 10.

For comparison, the SolarWinds hack cost the company around $18 million in the first few months of 2021 alone and resulted in 30,000 hacks. It was rated a 9 on the CVSS scale.

The SolarWinds event was a supply chain attack similar to Log4Shell but with a major difference. SolarWinds was targeted by creating a backdoor to their system during the build process. This singular entry point was then exploited.

To put it another way, a team of 200 developers that all utilize Salesforce’s data loader creates 200 individual potential entry points for hackers.

The data loader has recently been updated to protect against this vulnerability, but anybody running a version more than a couple of days old is susceptible to a hack.

Those who utilize a data loader that either doesn’t use Log4j or is protected by a multi-tiered security approach is safe. Otherwise, steps will need to be taken to protect yourself.

What Can I Do If Log4Shell Impacts My System?

The first step is to quantify your exposure. Audit your system to learn how many of your developers are utilizing Salesforce’s data loader.

Certain code scanning tools have the ability to take an overview of your Salesforce environment to see if Log4j exists elsewhere in your system.

Deploy rules to your IDS/IPS systems to stop and prevent the exploit. Scan developer desktops and platforms on a regular basis as part of your normal development process to ensure Log4J or other vulnerabilities are not present and putting your development supply chain at risk.

Those exposed to the vulnerability need to update their Salesforce data loader to the most recent version. Go through your entire development team and manually update the software. Even one instance that isn’t updated can result in widespread issues.

Users can also leverage a secure and scalable data loader from other sources to enable their whole team and eliminate the need for desktop software altogether.

It’s important to note that Log4Shell is still very fresh, and more vulnerabilities are emerging. Apache has released a patch to shore up these vulnerabilities but keep yourself informed as the situation progresses.

Stay up to date with this Salesforce Knowledge Base article, and stay safe!

Previous Post: When is a Salesforce Org Not Secure?
Next Post: Most Wanted Salesforce Features – Full Salesforce Roadmap