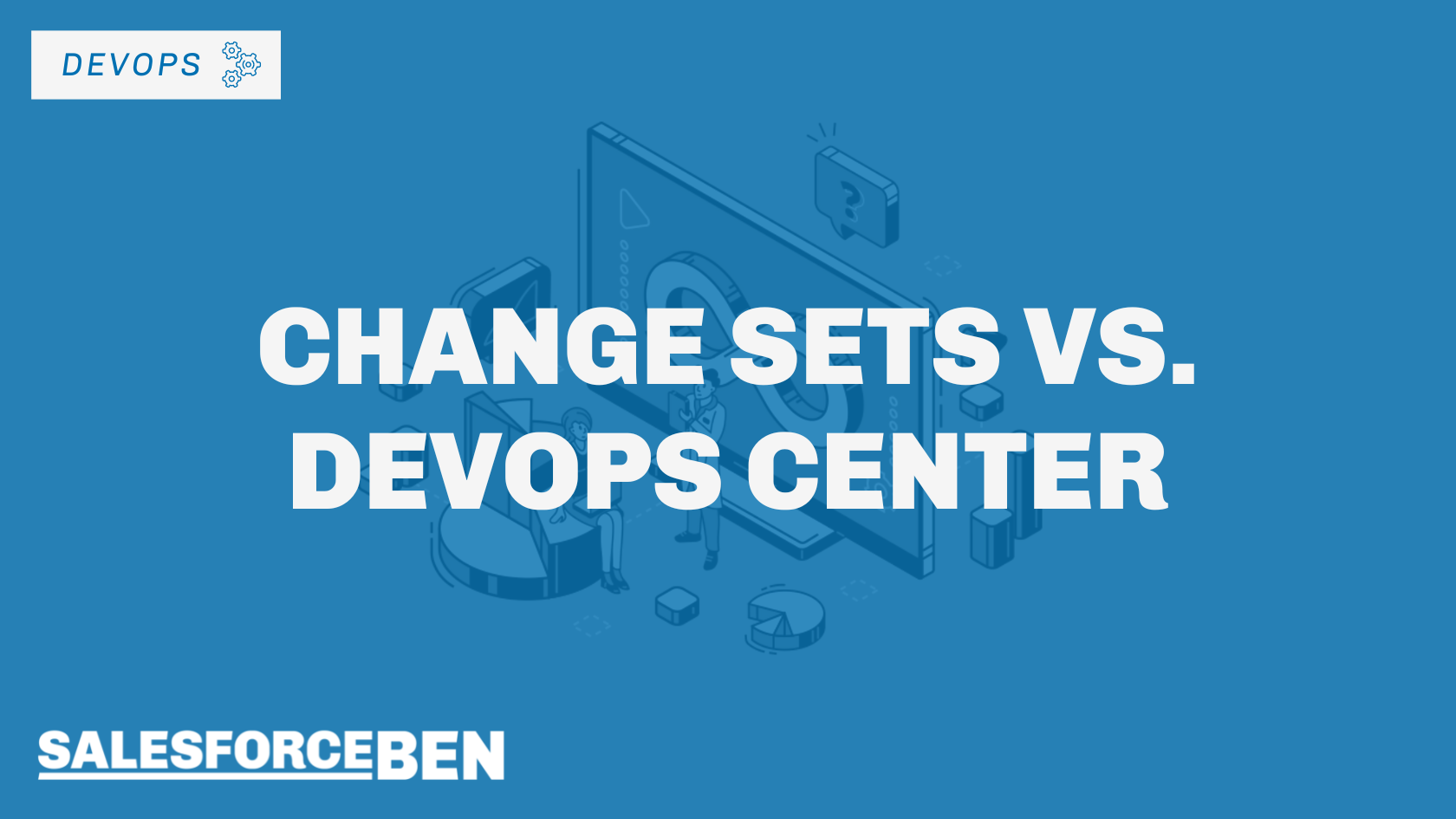 Are you still using Salesforce change sets for deployments? If so, it’s time to consider how much longer you can hold on. We’re in the middle of a dramatic shift towards source-driven, automated DevOps workflows. And this is true for admins and developers alike, as UI-based tools have made Salesforce DevOps accessible to everyone.

With the Salesforce DevOps Center, change sets are no longer the only first-party tool for Salesforce deployments – is there any reason for Salesforce to keep maintaining both indefinitely? Whether it’s officially deprecated or not, the writing is on the wall for change sets.

In the long term, DevOps Center won’t just be an alternative to change sets. That’s because DevOps itself is such an enormous improvement on old workflows using change sets. Even if DevOps Center began life as a tool for teams transitioning to mature DevOps, it will easily win out over change sets.

While there are several serious limitations with change sets, there are two main ways in which DevOps Center is vastly superior.

As Salesforce teams grow, change sets can’t scale with them. Admins and developers soon find that, as well as wasting hours on deployments, they tread on each other’s toes all too easily. They accidentally overwrite each other’s changes and block each other’s deployments.

This problem is solved by version control, which is central to DevOps. Rather than seeing conflicts between teammates’ work ruin their releases, teams using version control deal with any such conflicts in advance of the release. Several admins named version control as their favorite aspect of DevOps in Gearset’s State of Salesforce DevOps 2021 survey.

DevOps Center, like all DevOps tools for Salesforce, will give teams the ability to use version control in their development and release process.

2. Visibility over your release pipeline

Another shortcoming of change sets is the lack of visibility. During deployments, it’s easy to miss something when building an outbound change set, and it’s not always clear why an inbound change set failed to deploy successfully – which happens about 50% of the time. There’s also no visibility over your release pipeline as a whole: if you’re a change set user and you want to track work as it progresses along your pipeline, you have to do it yourself manually.

High-performing Salesforce teams with mature DevOps workflows typically have a release pipeline made up of several environments for combining and testing work. While this may seem more complex than a simple org-to-org setup, DevOps tooling ultimately makes this process more manageable and scalable. Despite the increased number of environments and deployments, workloads are reduced thanks to automation.

Visibility of this release pipeline is essential, and DevOps Center offers a way of tracking work items that change sets simply can’t offer.

The Future of Salesforce Development

Development and release models for Salesforce are evolving, and workflows relying on change sets are being left behind. This shift goes hand in hand with Salesforce’s own evolution. You can do so much more on the Salesforce platform today than just a few years ago, and those endless possibilities are driving increased demand for customization. Change sets just can’t handle the amount of work many teams are producing, with deployments taking anywhere up to 12 hours.

DevOps is undoubtedly the future of Salesforce development. In fact, DevOps adoption is already widespread and accelerating, while Salesforce teams reap the rewards:

The arrival of DevOps Center was a pivotal moment, marking a clear departure from change sets and confirming that Salesforce itself sees DevOps as the best way to manage development and releases. But DevOps Center is only the latest addition to the club of DevOps tools built for Salesforce. As such, it will offer only a subset of what’s available from existing solutions.

For the many devs and admins using change sets for now, DevOps Center represents an opportunity to discover DevOps and other deployment tools. At Gearset, we see Salesforce teams saying goodbye to change sets all the time. None of them ever look back.

Previous Post: Address Validation for Salesforce [In-Depth Review]
Next Post: 10 Salesforce Features You May Not Know About