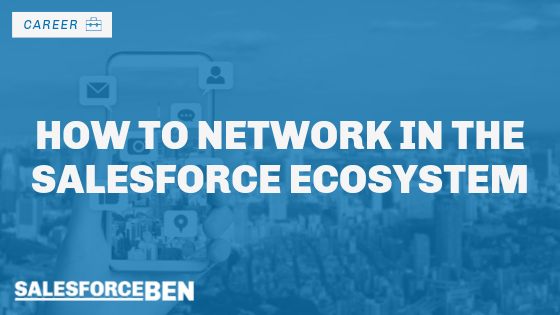 Why Social Networking is a Must

Do you love going to events with lots of people that you don’t know? Spending an evening with people you’ve never met? Excited by the prospect of making “small talk” with people you might not have anything in common with? Once upon a time, this filled me with fear and now it’s something I absolutely look forward to. In this article, I’m going to share my journey of how I turned my worldview around.

Merriam Webster defines networking as: “the exchange of information or services among individuals, groups, or institutions specifically: the cultivation of productive relationships for employment or business”… which sounds as dull as dishwater; it may be true for some types of networking, but not Salesforce Networking.

With a friendly crowd, networking can be relaxing and rewarding simultaneously

How did I start?

Let’s set the scene. It’s 2014 and I’ve already been in the Salesforce ecosystem for 3 years. Something on my LinkedIn timeline pops up about a Salesforce (Admin) User Group that’s just been launched near me. I think to myself “Great, what’s the worst that can happen?”.

I’ll grant you it’s not a very positive thought process, but I was on to something. There are just about no downsides – I would go and meet other people into Salesforce. In the worst case, I would have a boring evening; in the best case I might meet other people and learn something, or even make a (human) connection over a shared passion. 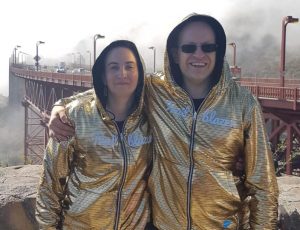 As history notes, it was an incredible evening. 5 years on, I am grateful to count multiple people from that first meetup as friends. Other benefits from networking, for me, include: starting to blog, moving countries, participating in the Salesforce boat during Amsterdam Pride and giving in-depth feedback on Salesforce features. None of this would have been possible without networking having opened those doors for me.

I’m not sure what the chances are of two first-timers sitting next to each other at a Community Group and both ending up with Golden Hoodies, but if it happened to us…

Having given this some serious thought, I think I know why Salesforce is such a great environment to network in, whether you are socially awkward (like me), in some other minority (eg Women in Tech/WIT, Black Asian Minority Ethnic/BAME) or not even in a minority.

Inclusivity – One of Salesforce’s core values is equality and this leads to inclusivity. By encouraging diverse backgrounds, there are far more likely to be people who share common interests or, even better, people wanting to learn about your interests (and vice versa). The benefit here is the more we learn about the world, the richer our perspectives. This also leads to safe, friendly environments where we can practice our social skills (just saying!).

Innovation – We’re not interested in maintaining the status quo. We’re there for the future, working out the best way to prioritise our limited time to get the maximum reward (however we, individually, choose to define that).

What does this mean in practice? People don’t judge you, they take you as you are and extend a hand to reach out and help you. We (all) believe in people’s potential, not just how circumstances happen to allow us to be currently. This allows us all to shine.

So what are the benefits?

As hinted at earlier, we can learn for free, and get the benefit of other people’s experiences. For instance, we can ask questions like “Is a feature mature enough to be used in a live production environment?” This is where you can ask and discover the answers you need.

We can use it as an opportunity to calmly reflect on our own work, away from the immediate firefighting. We can better understand our own colleagues’ perspectives, improving the quality of our work and consider how we can better meet their needs.

We can make new friends. Our needs change as we progress in life and it’s good to have people on our wavelength. Whether it’s discussing the best employers, celebrating the success of a piece of work that’s just been rolled out or perhaps just to moan that a change set took longer than expected to deploy. All of these experiences can be better shared with other people, rather than just bottled up.

Earlier this year I went to Bulgaria to present at a Community Group, all from a chance meeting at London’s Calling with Borislav Borislov a couple of years before (he’s the one on the right, and my husband may also be lurking in this picture). I never know what will come out of these conversations and that’s what makes them exciting… in this instance, it led to a train trip through the mountains!

How can you get a piece of the action?

A practical tip is that if you don’t like large groups then go up to people standing by themselves; they’re probably bored and/or afraid and grateful for someone to talk to. I even do this when I know lots of people in a room – I don’t want to choose between friends and, quite frankly, find large crowds overwhelming. By focusing on just one person or a few, that’s easier for my brain to process.

Also consider the size of the event and choose one that you will feel (relatively) comfortable with; there’s plenty around, such as

Ideally check out the agenda in advance to ensure you will be interested in the topics being discussed, and also to allow enough time for the actual networking.

Along the way, I’ve noted that there are two big themes for my conversations, which may be useful as a starting point if social chit-chat isn’t your thing:

While doing this be happy to stand and to listen; you don’t need to dominate a conversation for it to be a good one. Indeed asking questions like “What is your view?” is wonderful and it gives everyone the chance to participate, especially to those who have not spoken yet, and you may find that it is reciprocated.

Which leads us on to my definition of Salesforce Networking:

“An opportunity to meet others, find out about their journeys and perspectives, whilst discovering new aspects of Salesforce.”

If, after reading this, you still are worried about how to start: aim high, but set yourself small meaningful goals on route. You want to go to Dreamforce but are scared off by the crowds? Well, aim to go to a local group and try to talk to 3 people. If you succeed, then the next time you can go and speak to more. It’s a bit like riding a bike and gets easier once you start.

For more case studies, and to read up on the health benefits of networking, read my followup article: Networking in the Salesforce Ecosystem: More Important Now Than Ever Before. Happy networking! Happy networking!

Previous Post: 10 Most Popular Salesforce Admin Blogs
Next Post: How to Set up Pardot Resubscribe – Let Prospects Opt Back In

One thought on “How to Network in the Salesforce Ecosystem”