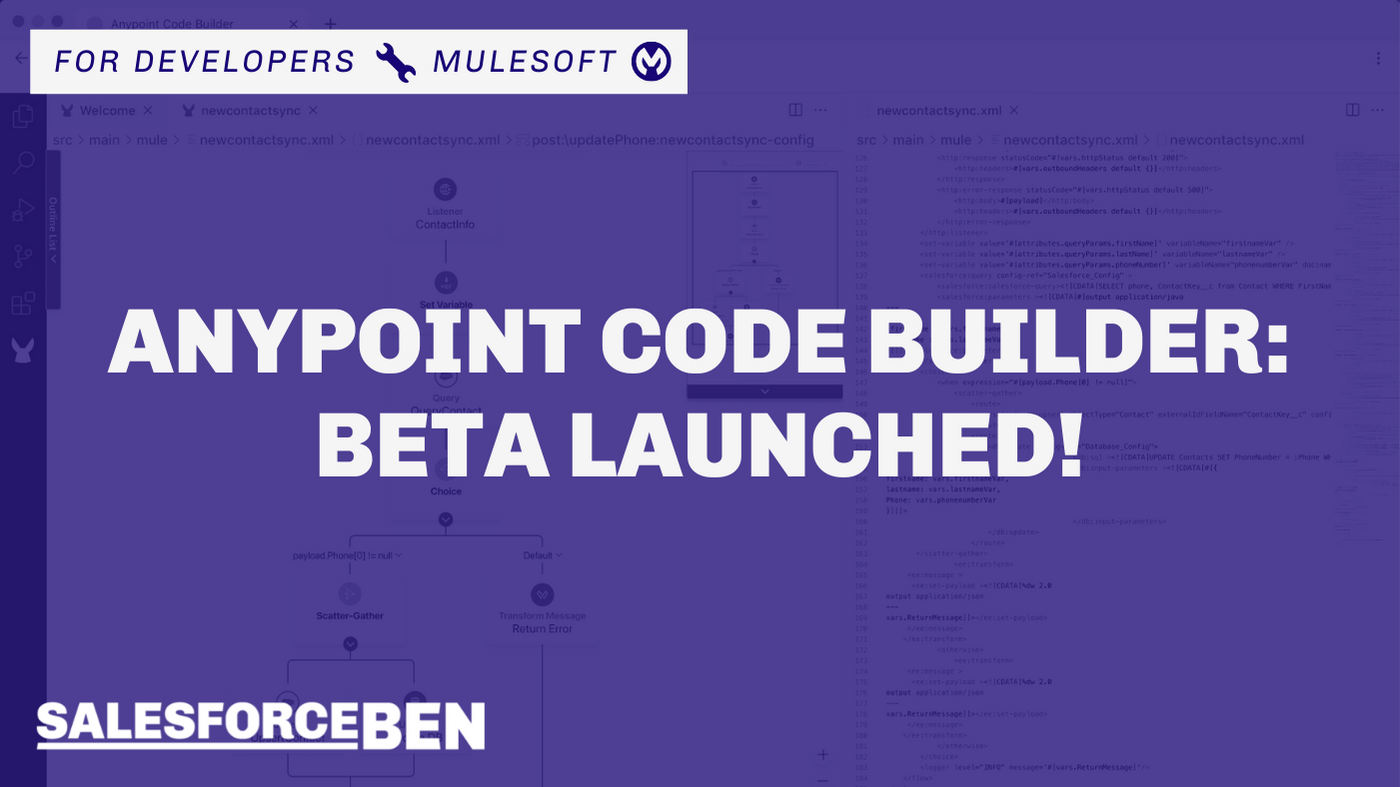 MuleSoft is an Integration Platform as a Service (iPaaS) that organizations lean on to integrate an ever-growing number of platforms into their tech stack.

What is Anypoint Code Builder?

Developers are spending too long switching between the tools at their disposal; instead, they want a single developer environment where integration design, development, and deployment can happen.

Built from the ground up, Anypoint Code Builder focuses on productivity, ease of use, and developer experience that uses modern, open-source VS Code that is familiar to almost all Salesforce Developers.

Built-in recommendations will help developers get started faster at design time, and follow development best practices with access to a library of building blocks for common API and integration patterns.

Anypoint Code Builder was announced at the Trailblazer ’22 event, and is now in the beta phase. What you’ve read only scrapes the surface – stay tuned for more in the coming months.