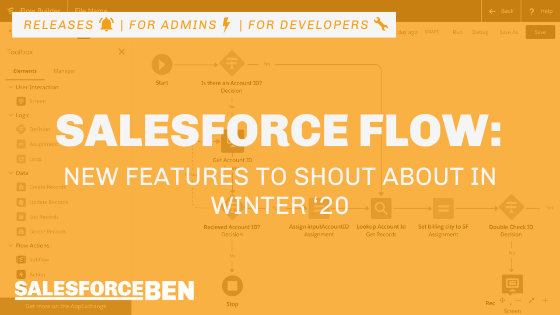 Flow Designer was replaced by the new Flow Builder back in Spring ‘19. It was a welcome upgrade for those who were used to building in any of the new Lightning Builder tools (Process Builder, Lightning App Builder, even the Community Builder) and felt quite familiar from the moment it launched. With its simplified toolset and cleaner UI, it had laid the foundations of what would become the most powerful declarative automation tool that Sales Cloud had to offer.

The Winter ‘20 release notes just dropped, and I got straight to reading them. Can we take a second to appreciate the Winter ’20 release? Even though it’s not out for a few months, there’s a stack of cool features – is it Christmas already?! One section, in particular, stands out to me in the preview release notes is: ‘Get Longer Element Labels, Improved Panning, and Drag Selection in Flow Builder‘.

In this post, I will show off the new Flow features using what I’ve been building in my Winter ‘20 Preview Sandbox, including Flow List Views, scheduling Autolaunched Flows, and Drag & Drop Builder

I love Flow Builder. I’ve been trying to use my iPad for more daily admin tasks on the go, so it felt like a gift straight out of heaven when a Flash-free Flow Builder was released.

However, as I’m sure you’ll agree, Flow Builder feels like it’s been missing some key usability features that are slowly being added in.

In the upcoming release, Admins will be able to take advantage of the new drag selection functionality inside of Flow Builder (one of the many advancements around Flows) – making the Flow building experience slick and engaging.

They’ve also optimised the way Admins navigate around a flow: you no longer need to hold down space or click a button to pan around your Flow. Simply click and drag anywhere on the canvas and drag to pan around.

There’s also the ability to activate a Flow from inside the Builder (yes, finally), and a beautiful new mobile experience which I am very eager to get my hands on!

There’s a beautiful new Lightning styled Enhanced List View for Flows. I have my fingers crossed for a fully Lightning-styled Setup Menu, and this is a wonderful step in the right direction. Not only that, but paused flow interviews now live in their own separate page making it easier to find exactly what you’re looking for by hiding the clutter. Not only that, but you can create multiple List Views and customise the columns in each just like every other List View throughout the platform. As small as this is, I think it’ll make a big difference to how admins manage their Flows. 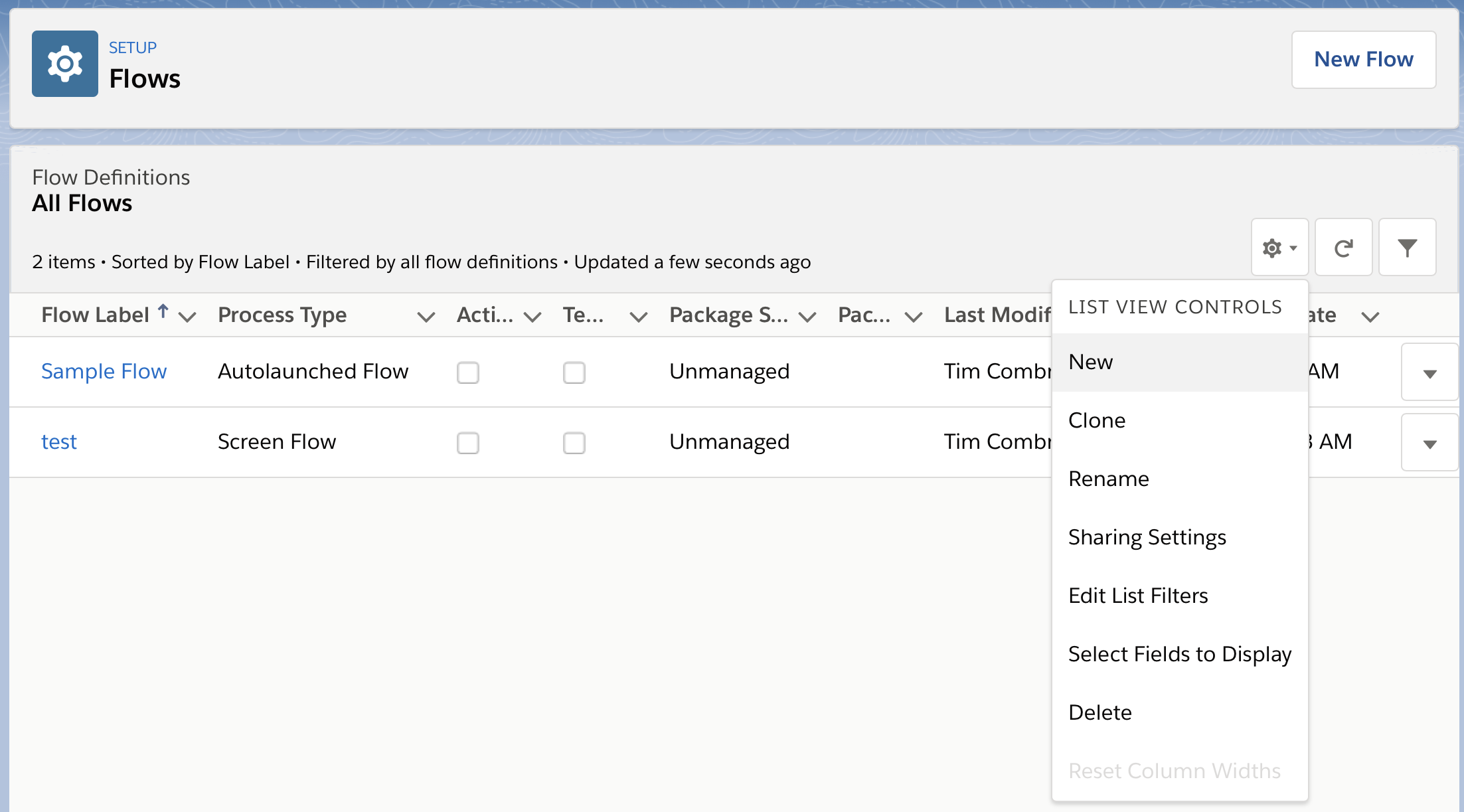 Another Flow feature that Winter ’20 will introduce is the ability to dynamically display elements within a screen based on other fields.

There are so many times where I’ve had to build Flows that forced users to make an additional click and load a different screen based on what they had selected. This one is bound to be a game-changer! See before and after images of two Flows that achieve the same result (only the one with less screens has far less clicks too!).

Not only that, but Salesforce are adding in the ability to schedule Autolaunched Flows. That’s right: this is no longer something that requires Apex to do!

I’ve signed up for a Preview Sandbox and had a bit of a play around with some of the goodies that Salesforce has in store for us. Not only are there new features within the system but it feels snappier on the whole.

When will the Winter ‘20 release actually happen? Find out when your turn is now.

Also, you may have noticed that my sample Flow has a darker appearance – that’s thanks to the Lightning Extension that was released by Salesforce as part of the Summer ’19 release. You can add the extension to Google Chrome from here.

Previous Post: Do You Know About Throttling in Pardot? How It Works with 3 Use Cases
Next Post: Engagement History Dashboards: Get Enhanced Pardot Campaign Reporting