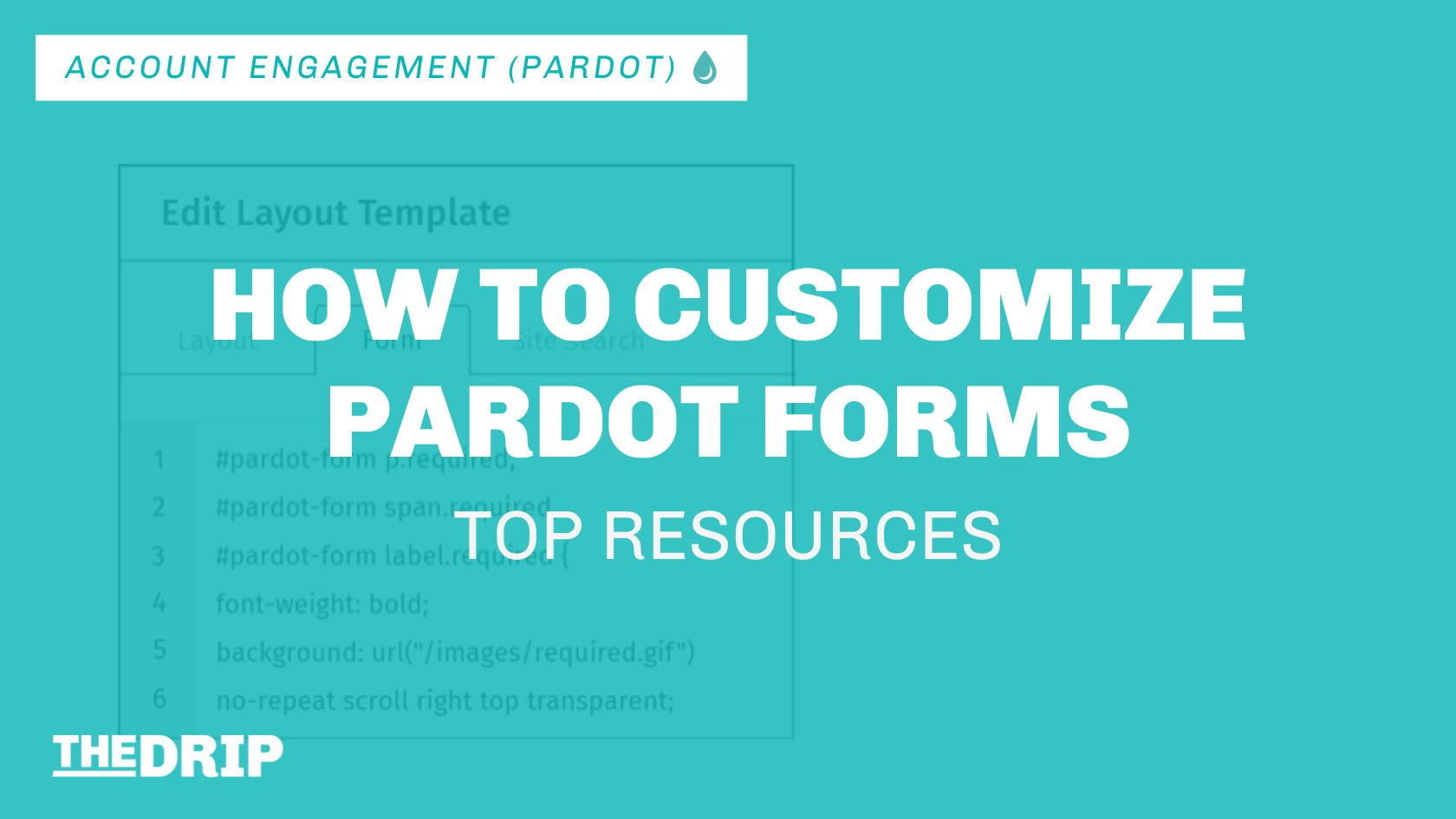 When it comes to Pardot form styling, such as the font, color, and field positioning, there are different options for form customization. Which one you use will depend on a) what you need the form to look like, and b) your knowledge of CSS.

Pardot follows the ‘clicks not code’ philosophy, and so has opened up some styling options in the Form Wizard. If you want to customize your forms beyond these options (pictured below), you will need to dive into the Pardot form template (in the layout template section) – and venture ‘under the hood’.

For example, you may want to use your company’s font that’s not available in Pardot’s default selection:

As Lara Black, MVP and Pardot Pro, once said: “HTML is HTML. CSS is CSS. The only thing ‘specific’ to Pardot is how to incorporate various Pardot elements”.

She’s referring to the specific tags that Pardot forms use to determine where form elements should be positioned and behave.

Even though there’s a learning curve involved, the Pardot community have come to your rescue. I’ve scoured the web to find the best resources to enable you to master Pardot form styling. Happy styling!

Skip past the need to learn the Pardot form styling language with this amazing self-service resource by Jenna Molby. You’ll find a WYSIWYG for styling and customizing Pardot forms – with only a couple of clicks you can customize every aspect of your Pardot form including button color, label positioning, and text color. Once you’re happy with the preview, you only need to copy and paste the code into a Pardot layout template.

2. Hacks To Customizing Your Pardot Forms

For an overview of what each of the Pardot form styling tags mean, SalesLabX have created an indispensable cheatsheet for you to reference.

The common way to embed a Pardot form on your website is to use iframe. This method comes with its own challenges, as iframes have a height defined which is likely to restrict how much of your form is visible.

Even if the form appears fine at first glance, once prospects start interacting with it, the form’s behavior could change the height, for example, “when you use progressive profiling or dependent fields, or when the forms respond to a device screen”. Great point, Sarah!

What if you can’t take on Pardot form customization? Perhaps upskilling isn’t worth your time?

No worries, you’re in luck. Marcloud Consulting have Pardot form templates to purchase, or request your own fully-responsive, custom-coded template.

Pardot form styling only scrapes the surface in getting the most out of Pardot forms. Learn about Pardot form tips you may not have encountered yet in these guides on The DRIP:

One thought on “How to Customize Pardot Forms – Top Resources”