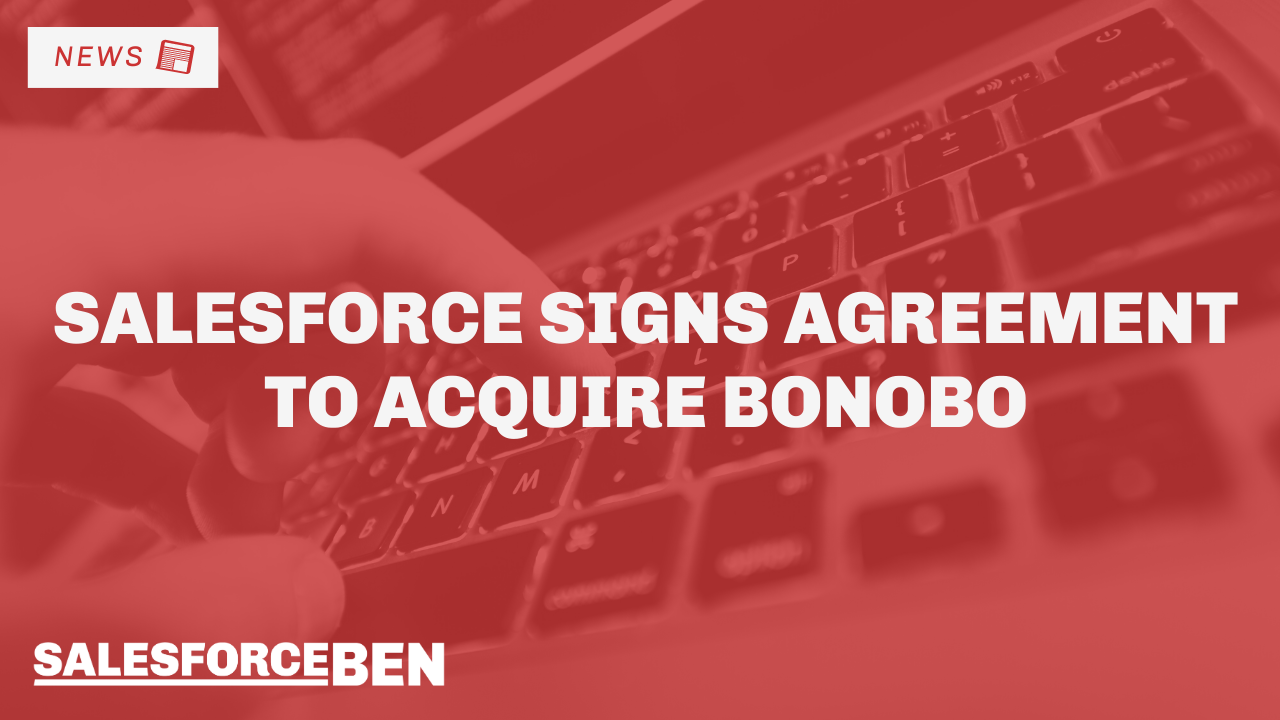 Three years ago in 2016, Salesforce went on a huge buying spree that ended the year with 12 companies joining the Ohana. A lot of these companies were involved in AI which eventually resulted in Einstein being released at the end of the year. But the year also contained some groundbreaking acquisitions like Steelbrick (Salesforce CPQ), Quip, and Demandware (Salesforce Commerce Cloud).

It looks like we are on for another record-breaking year, as Salesforce has just announced the acquisition of Bonobo. This puts us on for four acquisitions so far this year, after the announcements of MapAnything a few weeks ago, as well as Roundcorner & Griddable. 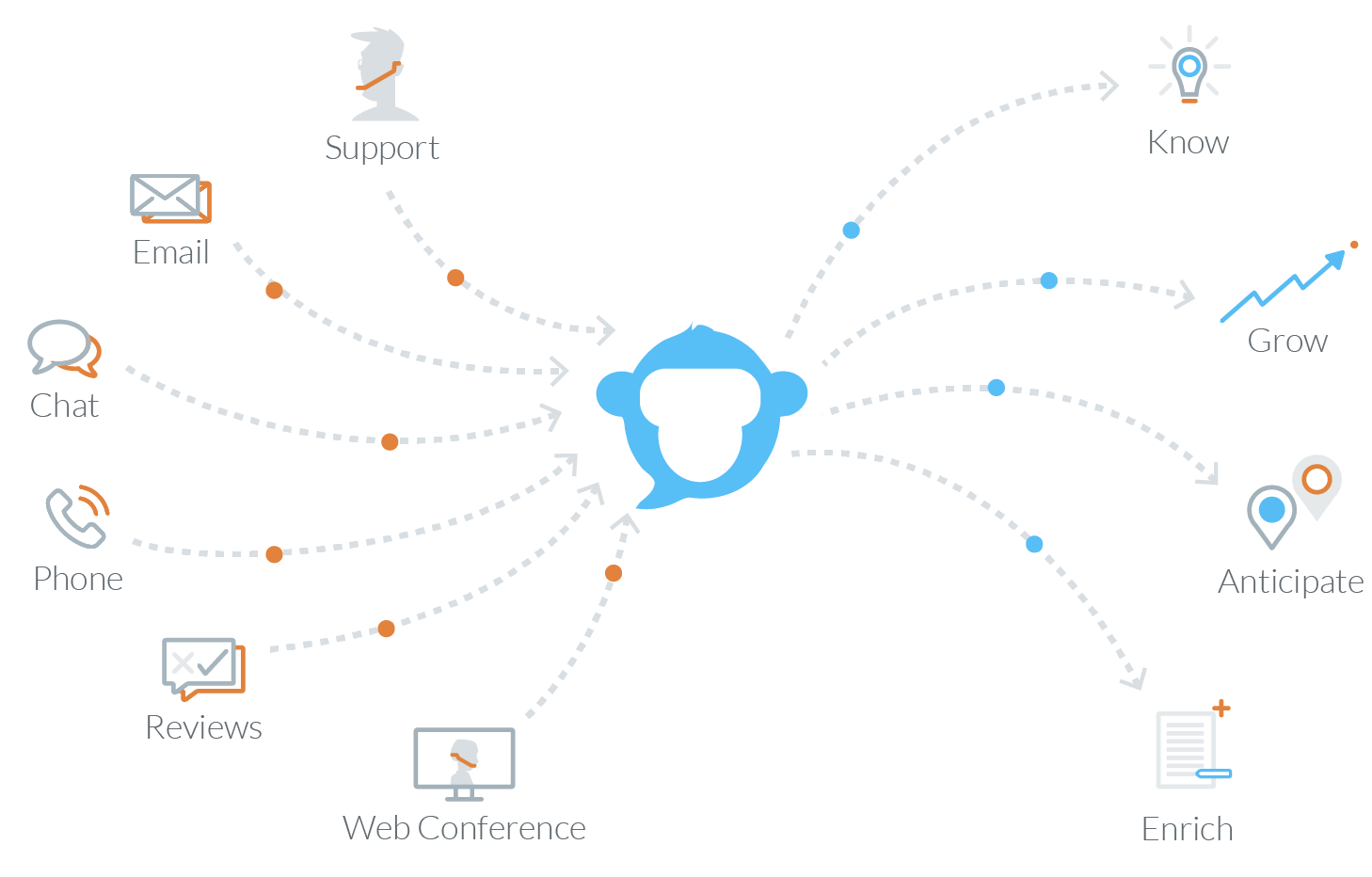 Bonobo is a conversational AI platform that allows companies to analyse their communications, and produce actionable insights. Companies can point Bonobo at their calls, texts, emails, live chat and other methods of communications.

This results in companies being able to identify when a customer is at risk of churn, potential upsell, needs escalation, or is providing feature feedback.

If Salesforce is implemented properly, it should be positioned as the centre of your organisation, being able to see a 360° view of all your customers. This will naturally build up a collection of calls, texts, emails and live chats. So the potential here is incredible.

Bonobo was only founded in 2017 out of Tel Aviv, Israel. The acquisition amount was not released but sources close to the company have said the amount ranged from $40-50M. Bonobo only has 20 employees out of Tel Aviv, but the founders and the rest of the team will join the Salesforce office. They will no doubt be working closely alongside the Datorama team which was another Tel Aviv startup acquired by Salesforce for $800M back in 2018. 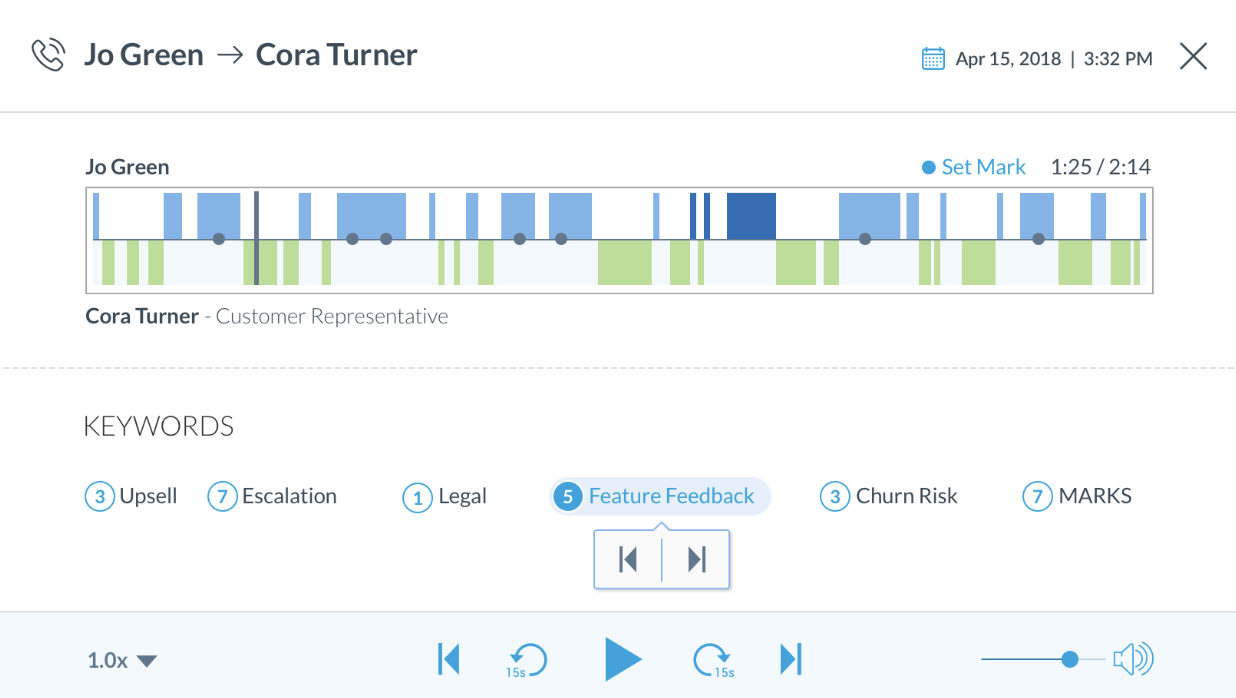 Previous Post: Sending and Logging Email Alerts As An Activity: Here’s Our Solution!
Next Post: Customisable Pardot Prospect Lifecycle Report: MQL Reporting How You Want It