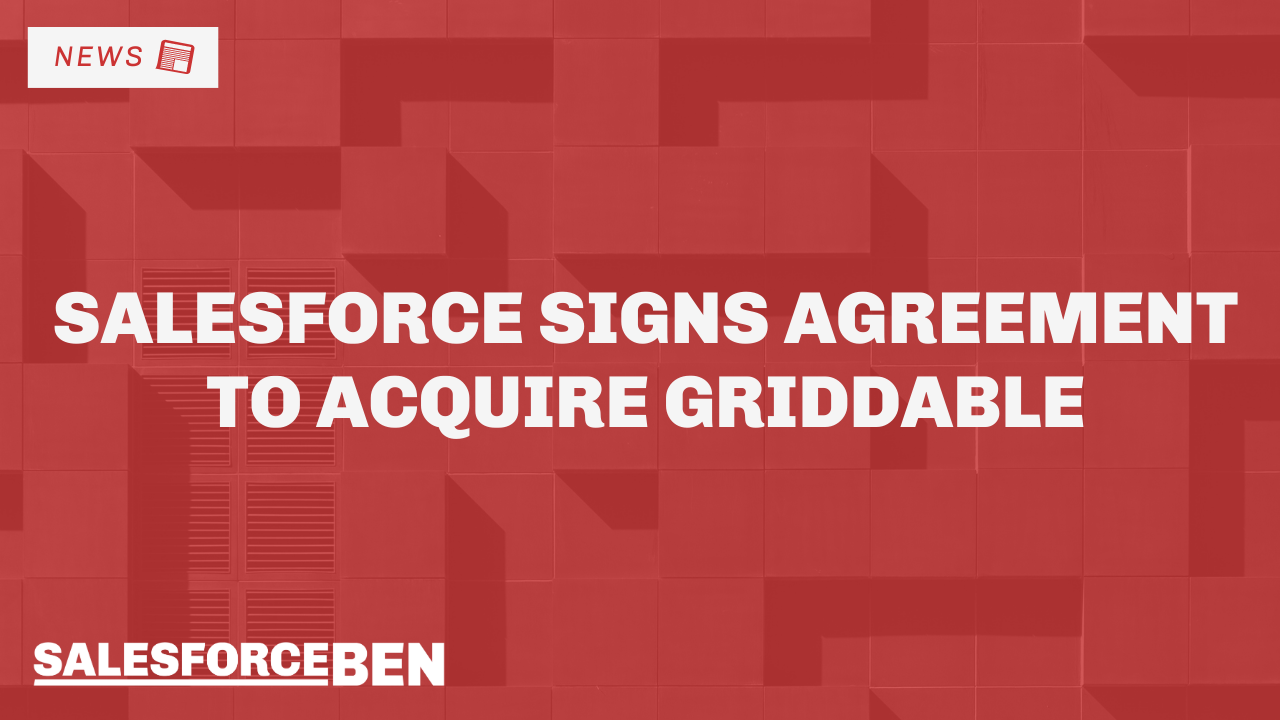 Salesforce signs definitive agreement to acquire Griddable. Rajeev Bharadwaj, Founder/VP at Griddable.io confirmed the news on the company’s official site. He stated,” Today we are excited to announce that Salesforce, the global CRM leader, has signed a definitive agreement to acquire Griddable. We are excited to begin our next chapter as part of Salesforce and support the company’s commitment to delivering the most trusted enterprise cloud platform to its customers at scale.” Salesforce is yet to release the official statement about the acquisition. This is after Salesforce acquired roundCorner just over 2 weeks ago.

Griddable.io is a San Jose, CA based SaaS startup providing customers with the platform to synchronize enterprise data in the cloud. Having partnered with leading companies like VMWare, AWS, Microsoft, Xoriant and Nutanix as cloud partners further proves the efficacy of their products and offerings.

Griddata can move data from any type of the database platform on any cloud via their policy engine controlling data definition and transformation.

The platform is also capable of migrating on-premise data to the cloud, and can further perform data refactoring to fit into cloud architecture before injecting it to the native cloud applications.

Users can choose multiple destination databases for each source or can convert to new relational database, cloud-native service, or big data platform.

The platform also enables deployment across a variety of topologies using templates.

Users can also filter, mask, encrypt or transform data at the schema, table, row or column data without disrupting the source data.

A graphical schema explorer equips the users with easy definitions and iterations of advanced policies.

With the acquisition of roundCorner earlier this month and now Griddable further confirms that Salesforce is driven to expand the platform offerings for its customers leveraging cutting edge technology. This is also instrumental in keeping Salesforce market leaders in the enterprise CRM space.