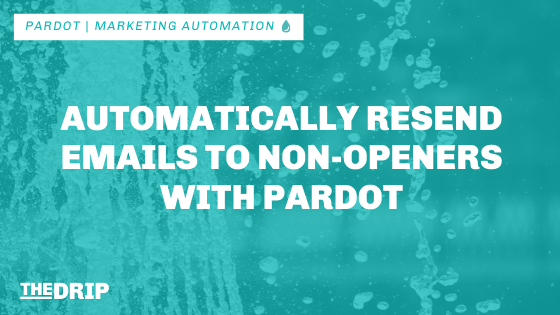 Sending emails to Prospects who don’t open the first time give your email a second, and often valuable opportunity to actually get noticed. With variations such as time of day, people’s schedules and holidays can be legitimate reasons why interested Prospects didn’t get a chance to get to your email initially.

People frequently look for this functionality inside of Pardot, due to other providers (Mailchimp come to mind straight away) presenting this very early in their user interface – plus, you can initiate the send with a couple of clicks. Luckily, this functionality is available in Pardot! I will start by explaining the two options available, and then walking through the method I recommend (and I am sure you will find easier to manage too).

As I mentioned, there are 2 options – perhaps you will be able to see which one is easier than the other!

Option 1 – Suppress the Opens Static List: when you wish to send your next email (assuming you are using list emails), you will first need to create a list of Prospects that opened the first email. Then, the list of opens will be applied a as a suppression list (in the ‘do not send to’ box).

Option 2 – Pardot Engagement Studio: branching logic in Engagement Studio routes Prospects down one path or another. You can use ’Trigger’ steps to listen for a Prospect to (not)open within a timeframe you specify when building the program.

Obviously, I would recommend option 2 any day, which is what I will show you in more detail in the following section. Not only is option 2 easier to manage, but it will transition you into using Engagement Studio for these kind of campaigns (note: the perfect use cases for them!)

Use Engagement Studio to Send to Prospects Who Didn’t Open

There are 3 types of steps in Engagement Studio: Action, Rule, Trigger. We will be focusing on the latter.

*the Action can be either part of the program, or separate.

Step 1: this is how you would select the ‘Email Open’ trigger: 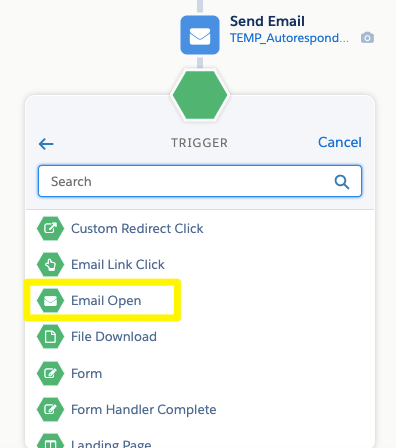 Step 2: the next screen asks for ‘Evaluate when?’. The two options are 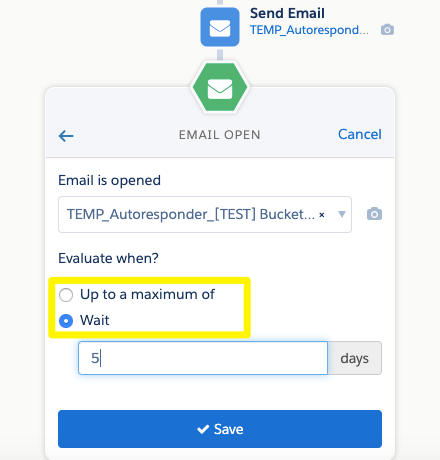 The number of days you specify in this box, is the time period in between your initial email send, and the second send to non-openers.

Step 3: the paths that appear are the ‘Yes’ path (the Prospect took the desired action), and the dotted ‘No’ path.

You will put the same Email Send Action step on the dotted ’no’ path:

(Note: there’s a copy & paste feature in Engagement Studio that can potentially save you a lot of time here) 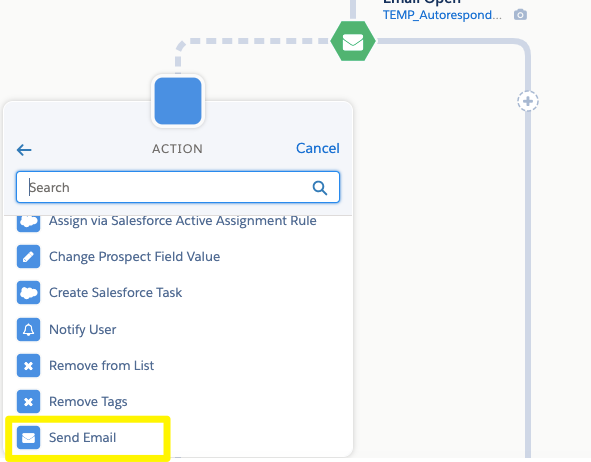 Sending emails to Prospects who don’t open the first time give your email a second, and often valuable opportunity to actually get noticed.

In this post, I’ve shown you how you can set this up using Pardot Engagement Studio, available to any Pardot customer on all editions. Now, go out there and get your emails noticed!

Previous Post: What is Agile Marketing?
Next Post: B2B Marketing Analytics: How to Create a Dashboard – Part 4

6 thoughts on “Automatically Resend Emails to Non-Openers With Pardot”