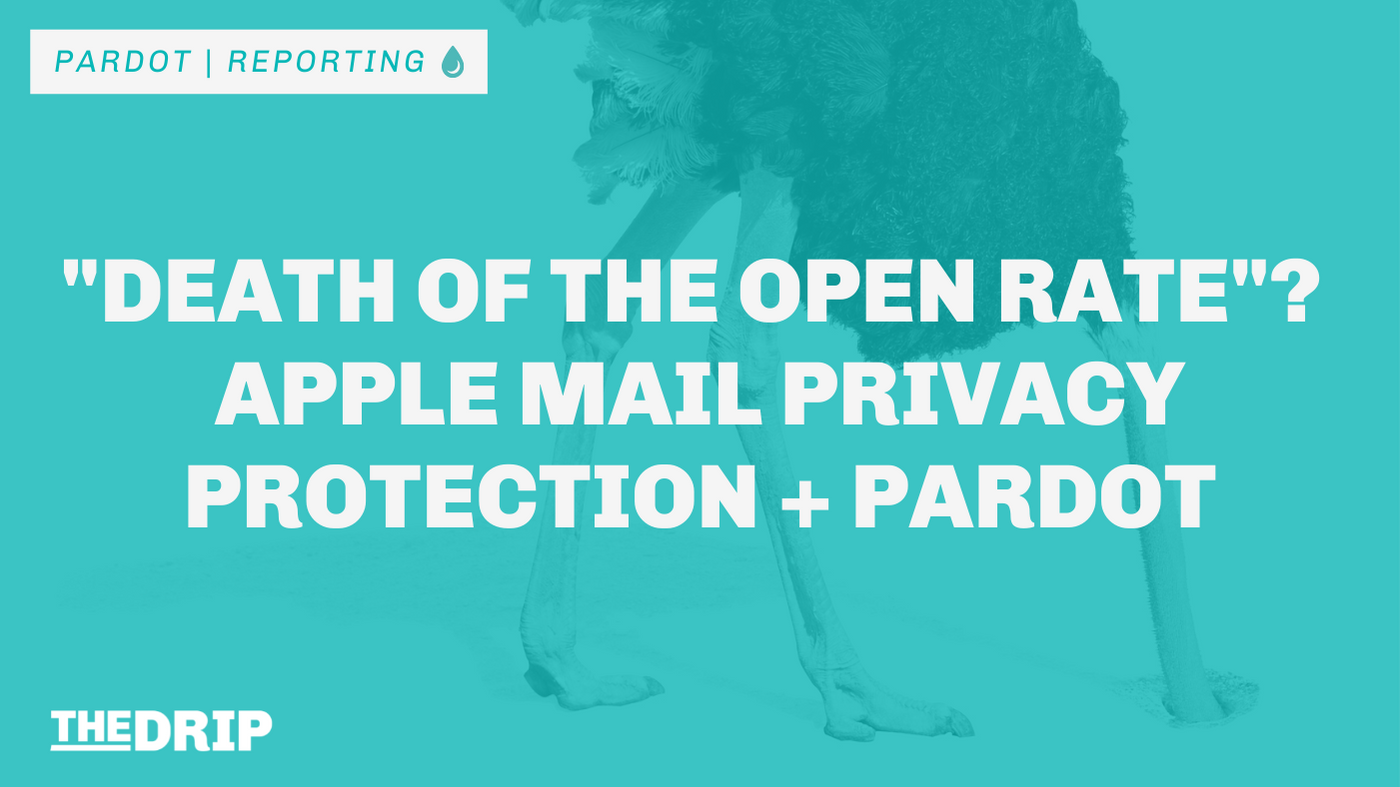 Is this the first you’ve heard about the change, and need to catch up? Don’t worry – here are the steps you should take for your Pardot.

Litmus called MPP the “death of the open rate”. Read their in-depth guide for more background on MPP from the Litmus engineering team (I prefer not to ‘reinvent the wheel’). 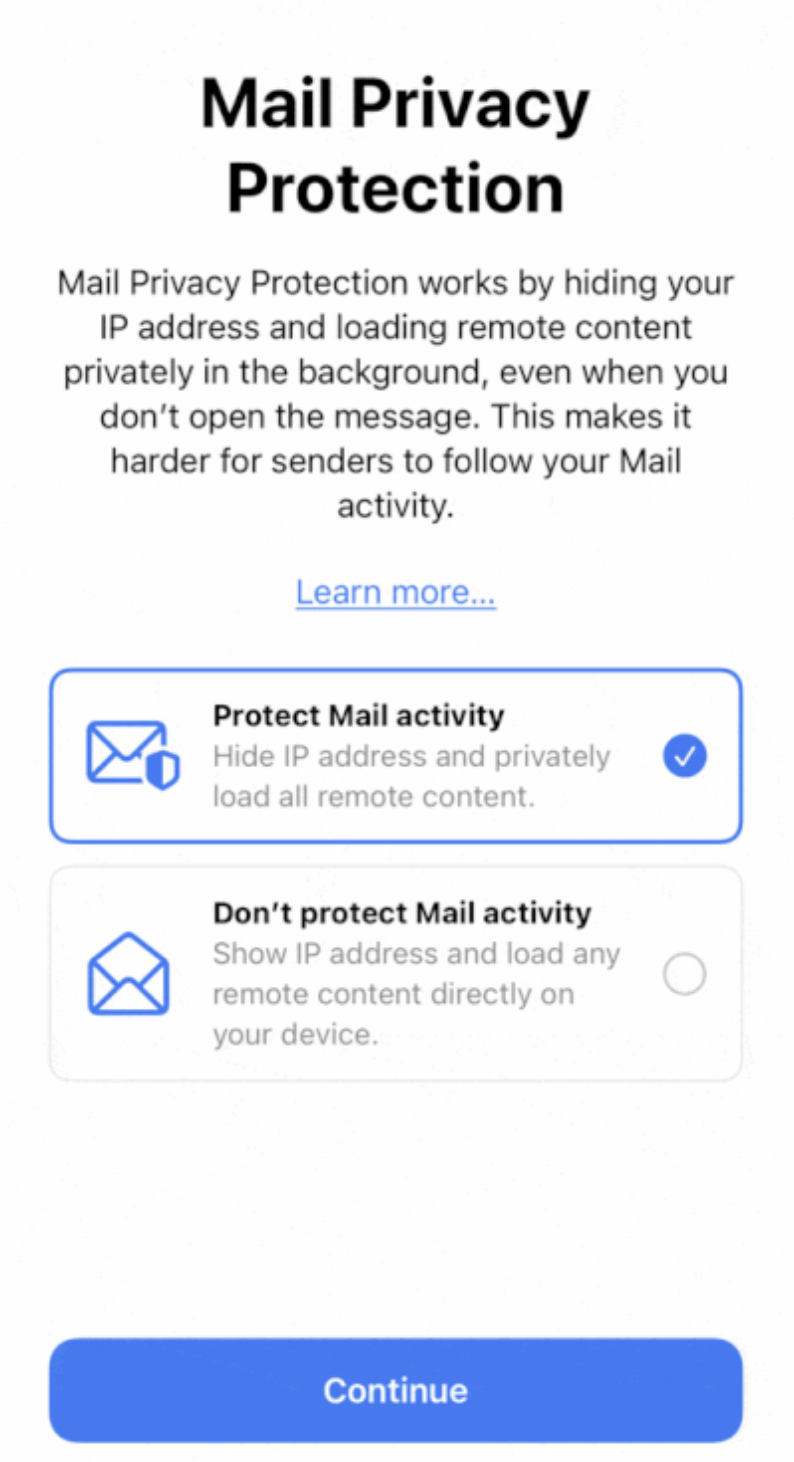 Note: MPP takes effect according to the application. That’s any emails opened in the Apple Mail apps, but not all emails opened on Apple devices. For example, I could open an email from my salesforceben.com work email on my MacBook using the Apple Mail app, and my open would be obscured (/hidden) because it’s an Apple application; on the other hand, opening an email using my Gmail app on my iPhone would record the open as normal because it’s a Google application (despite being on an Apple device).

Time for some good news? It’s not enabled by default.

However, a prompt appears to users when they update, which will increase uptake.

So, how big is the issue? Litmus analyzed 12 billion+ email opens and reported on the popularity of each email client.

To state the obvious – the % of your prospects using Apple Mail apps will depend on your industry, business type, location, among other factors.

The pace at which Apple’s previous updates were taken up by its users, you should expect a significant number of Apple Mail users to do so. 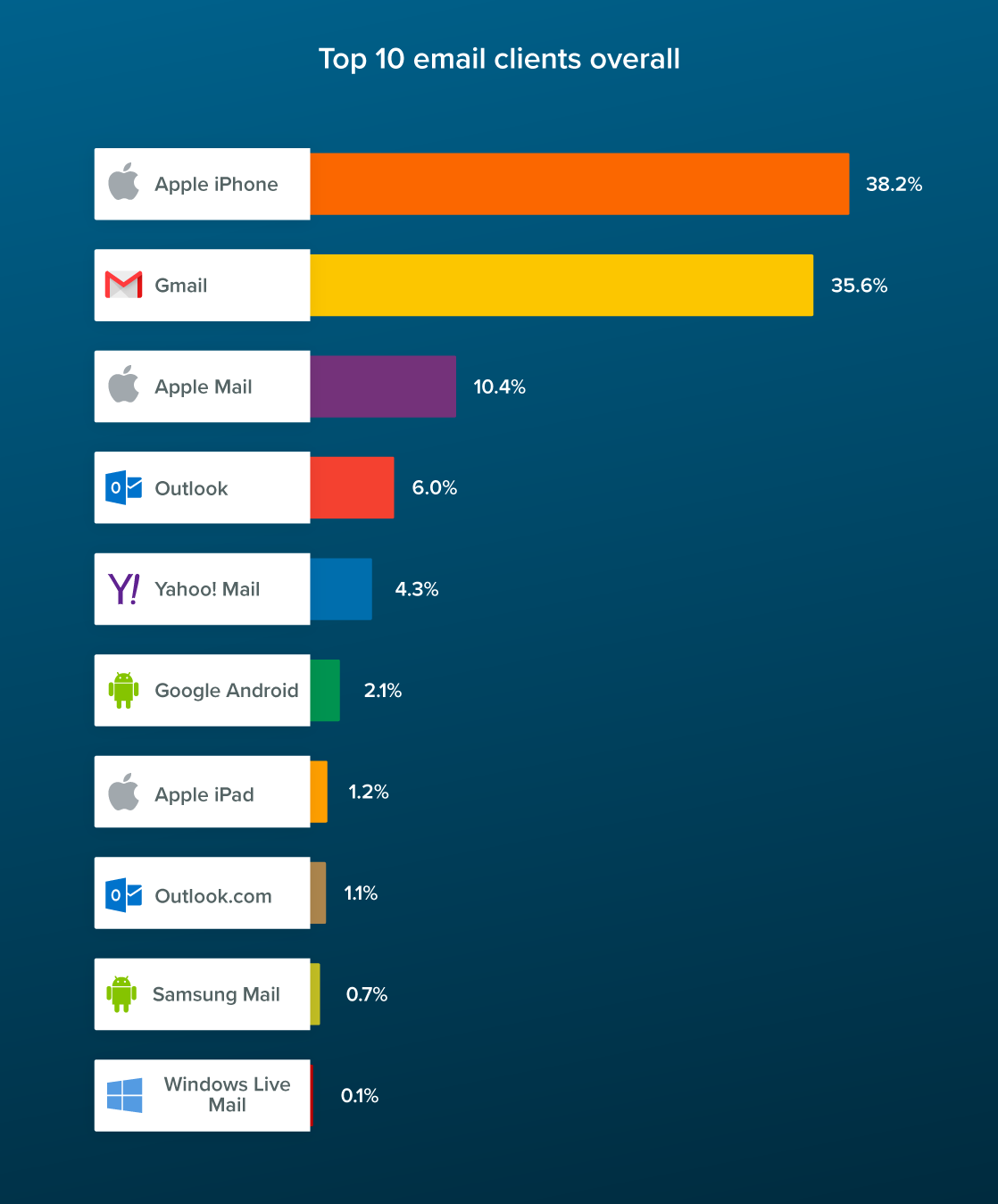 Mail Privacy Protection isn’t just going to affect marketing automation. Other platforms rely on email opens to fuel the automation engine, such as sales enablement platforms. You should raise this red flag around your organization to save other teams from sending unsolicited, confusing messaging.

We know that 50% of users are Apple Mail users, on average. As I said, this will vary according to a number of factors. Now, let’s find out about your prospect database.

The first point to make is that you’ll use list email reports to discover which email clients prospects are using. This makes sense – where prospects open emails could vary day-to-day, which is why you won’t find this information on the prospect record itself.

You know your marketing segmentation best, so I can’t give you the right answers. If you can’t hone in segment-by-segment, then take a large list email (eg. a permission pass, or event invite) so you can get a rough indication.

There you will find a pie chart that breaks down which email clients/devices prospects used for receiving that email:

Taken from: Pardot Email Reporting: Key Metrics and Where to Find Them [Infographic]

There’s a reason I opened with “death of the open rate” as it is no longer an accurate action to ‘listen’ for, and trigger further automation. Take Engagement Studio, for example. Sending prospects down a specific path when they open an email is a popular tactic but is it time to look at alternatives that push us to become more ambitious as marketers?

4. Who cares about open rate?

Email open has been mocked as a ‘vanity metric’, as opening an email is so easy to do, can it really signal a prospect is interested? Yet it’s so convenient, so easy to capture. Time to gather your team and other stakeholders and ask:

If only the “Where is this used” button could extend its functionality to standard fields/Pardot fields! This button displays everywhere the field is used – including reports and dashboards – so that you don’t need to trawl through each one. Untilthattimecomes(and if you have some understanding of the Salesforce Dependency API), then check out Happy Soup.io, a free open-source tool.

You may have guessed by now that there is no straightforward, easy answer for how to untangle your Pardot out from ’email opens’. Take this as a positive change ‘when push comes to shove’ to focus on more impactful, focused marketing. Managing changes may be tricky with your team, which is why I recommend investigating the scope of the issue – what proportion of prospects are impacted, which automations are potentially redundant – before raising the subject.

One thought on ““Death of the Open Rate”? Apple Mail Privacy Protection and Pardot”