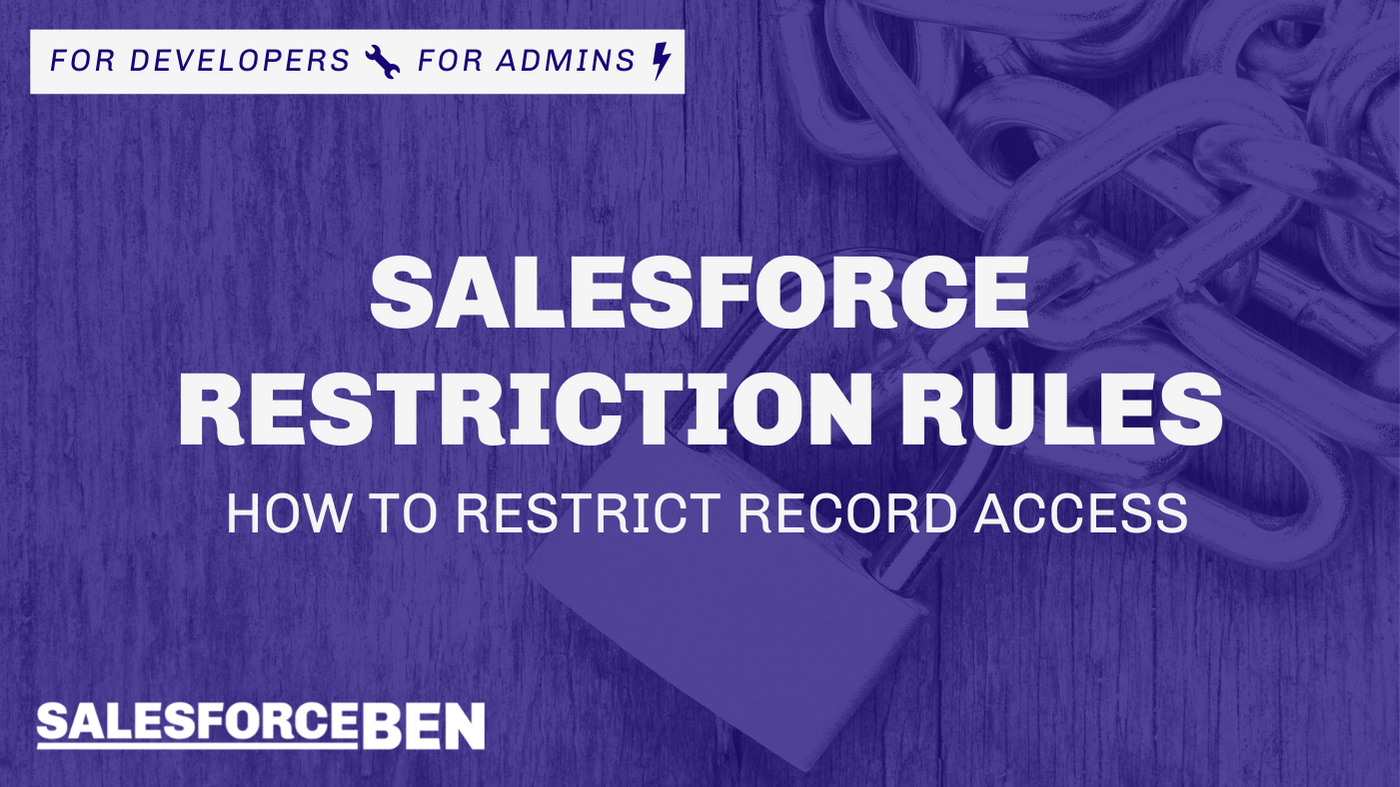 #AllStarArchitect working in the UK as a Solution Architect. 21 x Trailhead Certified, 10 x Accredited Professional with 5+ years experience of working on the platform.

Previously in beta, Restriction Rules are now a generally available feature from the Winter ‘22 release.

Restriction Rules can be used to restrict what records users can see – the clue is in the name!

Traditionally, Salesforce was all about opening up record access to users, so where do Restriction Rules fit in and why do we need them?

Where can I use Restrictions Rules?

With traditional sharing methods, you could open up access to records within the system, but there were some considerations with this method.

If you have a Custom Object as the child in a master-detail relationship, its access defaults to ‘Controlled by Parent’. This means if a user can see the parent record, they can see the child record. Restriction Rules will enable you to selectively share these child records.

With Restriction Rules, you can apply filters to determine which child records (in this example Account Reviews) a user should be able to see, using User/Permission Criteria combined with Record Criteria.

For example, you could share Account Reviews records if the current User is within the Account Manager field on the record and they have a specific profile.

Another great use for Restriction Rules is Tasks. Within Salesforce, Tasks can be ‘Private’ or ‘Controlled by Parent’ meaning they can see a Task if they can see the related parent record.

You could use Restriction Rules to only show Tasks that the current User owns, for example:

You can also restrict records based on field criteria. If you needed to hide sensitive contracts you could create a custom permission and hide records marked as sensitive to users with this permission:

Restriction Rules are a great feature. However, there are still a few obstacles to overcome to make these a viable option for all types of sharing problems.

Be sure to test these thoroughly in a sandbox before making anything live in production and use criteria to ensure a user is only influenced by one rule per object to avoid any conflicts.

Fingers crossed Salesforce increases the use cases for Restriction Rules and perhaps considers an Admin-friendly way to debug these rules when they are not working as expected.

8 thoughts on “Salesforce Restriction Rules: How to Restrict Record Access”