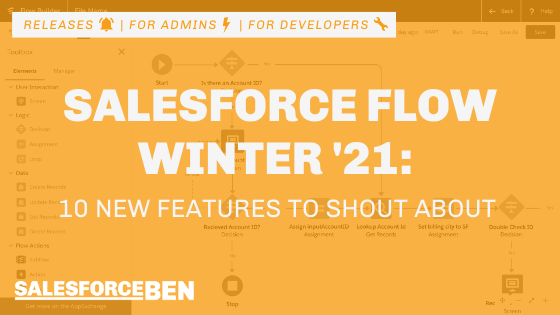 Every time the Salesforce release notes are published, I get straight to reading them because I know that there will be updates to Salesforce Flows.

The Winter ’21 release has new improvements – and plenty of them to shout about! Here is the summary of all that’s coming to Flows.

I said this in my Winter ‘21 Treasure Hunt post, and it held the top spot there too – there’s a reason for that! The ability to handle deleted records is an ability held solely by programmatic developers…until now. Admins and click-to-code developers now have the power to handle functions triggered by a record deletion. I genuinely can’t put into words how excited I am by this!

One thing to note, you can’t run an ‘After Delete’ Flow, only ‘Before Delete’. This is different to Create or Edit Flows. 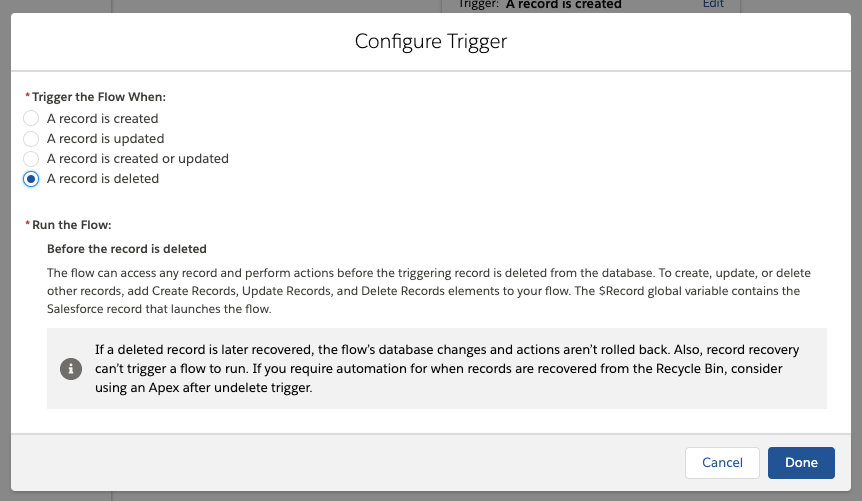 2. Debug Flows as Other Users

Wooooww this is going to speed testing up a bit! Building a Flow is always so much un, but having to test it for every other pesky user in your org is a nightmare! I’m joking, of course, without our users there’d be no need for the rest of us – but this feature will definitely make the process of building new features for our beloved users. 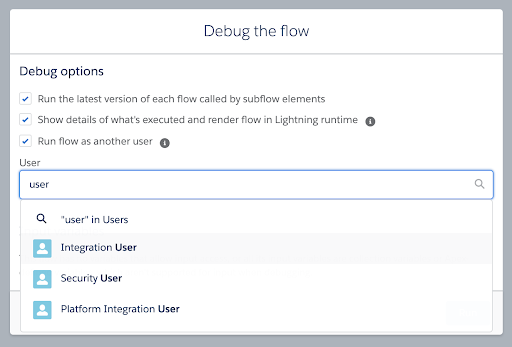 No more opening a second tab just to see where you went wrong! Now you can debug an Autolaunched Flow and watch the path as it is tested (remind anyone of Pardot Engagement Studio?)

The best part – you never have to leave the Canvas! Simply click ‘Debug on Canvas (Beta)’ to debug inside your current tab, then click ‘Edit Flow’ when you’re done to resume editing. Simples! 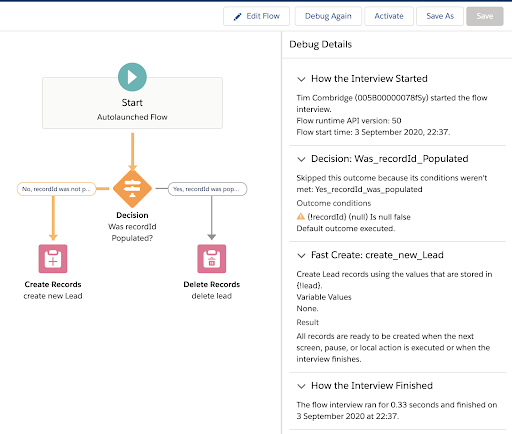 This one doesn’t need a lengthy title – we all know what’s coming! I know a former colleague of mine, Troy, will be over the moon with this one (he HATES when the lines aren’t straight between two Flow elements). No more messy Flow Canvases, no more zooming out and selecting a chunk of your Flow and shifting it aaaalllll over just to fit in another Assign element, AND NO MORE WONKY LINES! NO MORE! 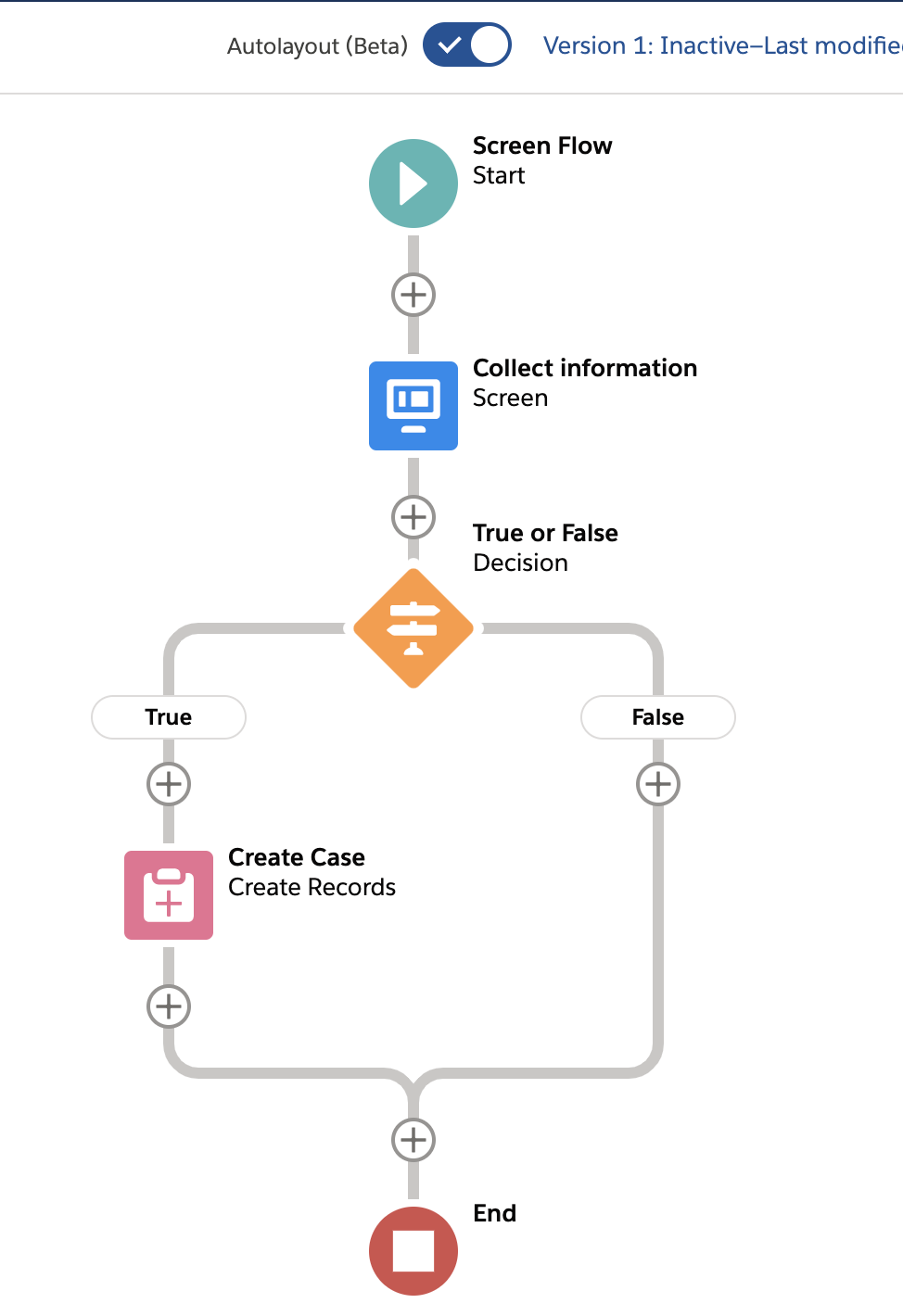 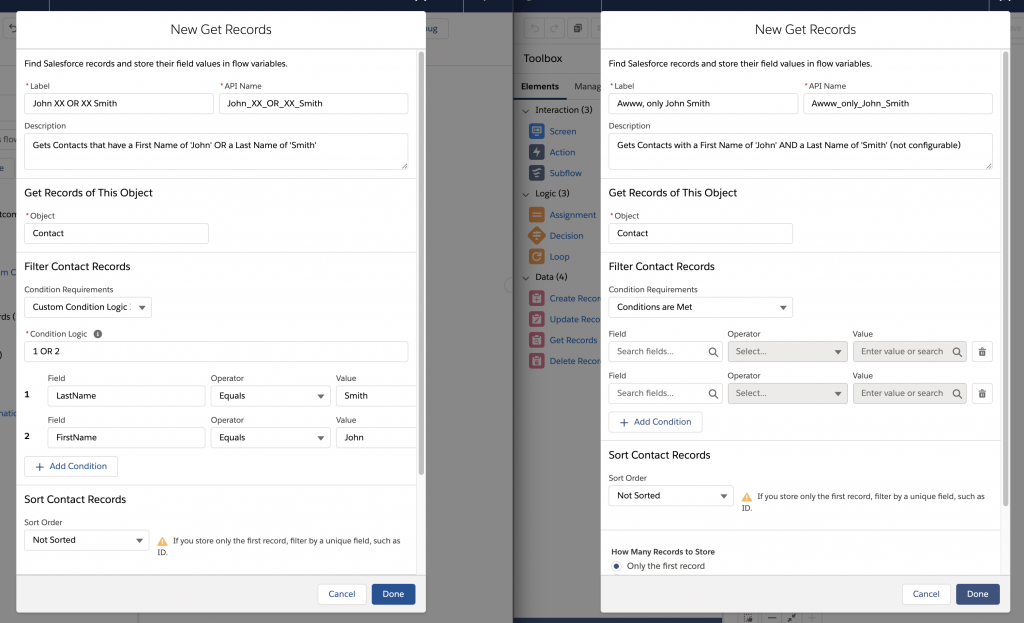 Now you can access related records through a drill-down rather than having to use a ‘Get Records’ element. This saves time for you when you’re building, it keeps the canvas cleaner, and overall creates a better experience when trying to maintain or update the Flow in the future.

7. ALL The Global Variables!

Global actions are now available throughout Flows, not just in Formula variables! Another minor tweak with a BIG impact! The example in the screenshot shows a User’s Last Name is the default value for the Last Name field in a screen flow. Thanks again, Salesforce! 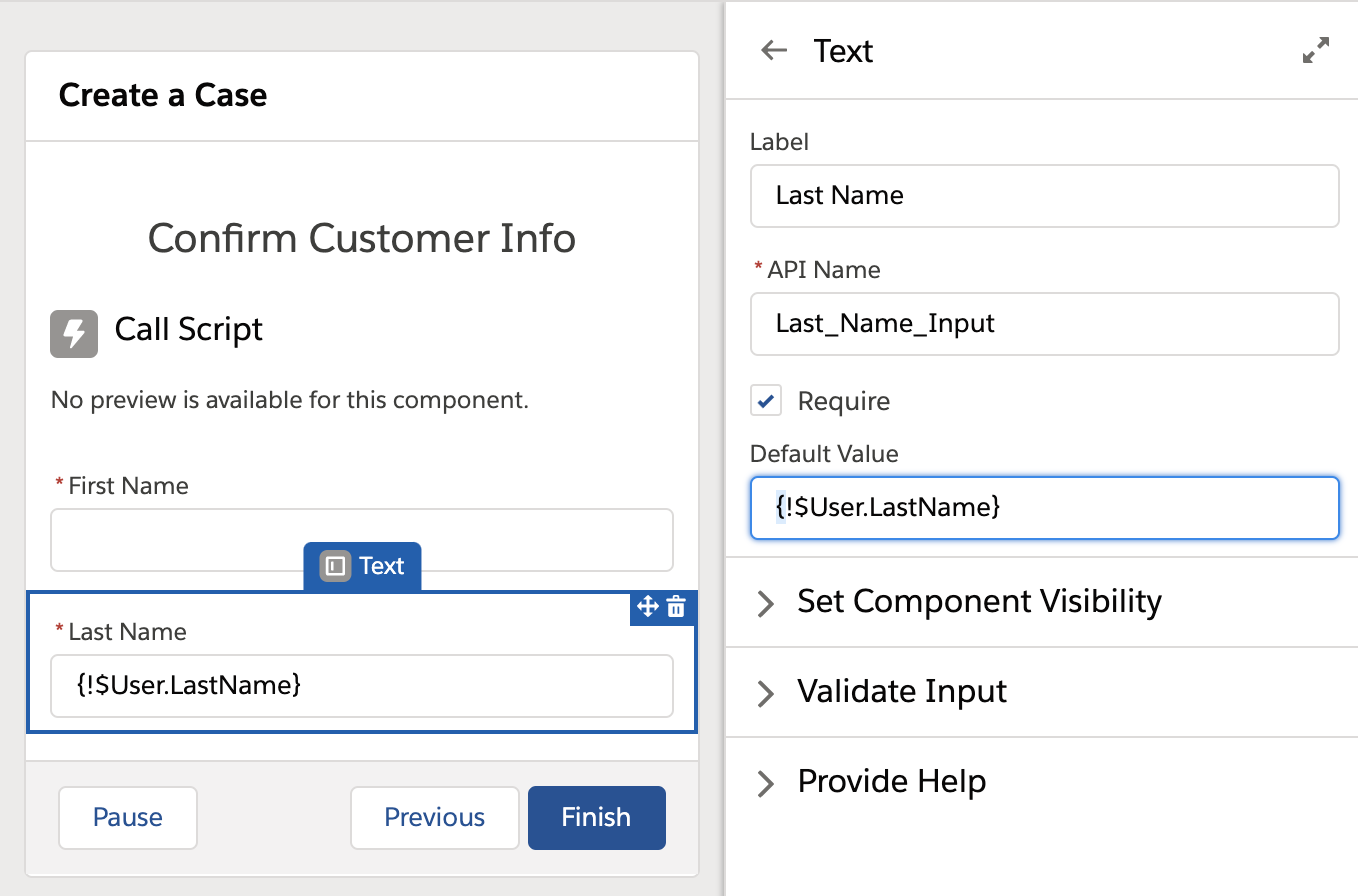 This is a neat one for Devs – when building out new Lightning Components for Screen Flows, you’re now able to use the sObject and sObject[] data types, meaning you don’t need to replicate your component for each object you want to use it for. This should save time during development, and make it MUCH simpler to maintain your Components.

This one was previously in beta but is now generally available – developers can now create custom configuration components that allow for easier setting of variables on a screen component.

The screenshot below shows an example of a slider as opposed to a number input field.

See the Release Notes. Image from the Developer Guides.

I’ve left this one for last on purpose. At a glance, you can now see what triggers a Flow. My screenshot below shows that I’ve created a Flow called ‘Opportunity Trigger’ that runs before a record is saved. At a glance, this seems like one of those minor things that’s “pretty cool”, and taken for granted… but, and I’ve raised this debate before, is this one more nail in Process Builder’s coffin?

I know standard practice for myself and many other Salesforce professionals in the past was to create a Process for each Object and perform various actions off of that (email alerts, hand off to a Flow or Apex, etc.).

Looking at the changes Salesforce is making with Flows, I begin to wonder if we’re closer to a 100% Flow powered Salesforce org than we think (in a declarative sense). I’d LOVE to hear your responses to this idea – there’s a comments section at the bottom of this article. Let me know what you think!

Here are a few I’m SUPER excited for, but I had a chance to really get my hands on yet. Now, you can add a new Section component and build a multi-column layout to your screens (pilot). You’ll also be able to trace Flow errors much easier with links in error messages, as opposed to having to search through your Flow to debug it manually.

There you have it! Those are my favourite features that have been uncovered so far. There are stacks more out there to be found, and I’d encourage you to see what you can find yourself.

Once more, I’d love to hear your thoughts on the concept I raised in point 10: a fully Flow powered Salesforce environment. Goodbye, Process Builder. Goodbye, Workflow Rules. Flows seem to be taking on the responsibilities of these tools AND has the ability to do things that were previously reserved for Apex only (handle deletions, handle before/after contexts, etc.)

Previous Post: Why Government Agencies Need Salesforce Now More Than Ever
Next Post: The 7 Habits of Highly Effective Admins