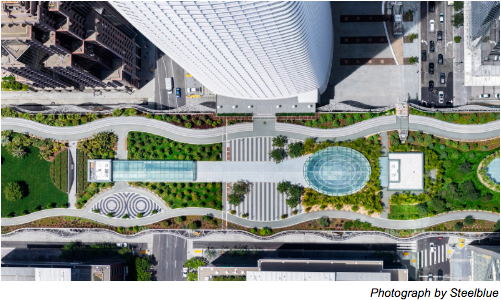 Just over a year since the sponsorship announcement about the San Francisco Transbay Transit Center was made, the next feature of Salesforce’s growing reputation has landed!

The Transbay Transit Center is an intermodal transit station in downtown San Francisco. It serves as the primary bus terminal – and future rail terminal – for the San Francisco Bay Area. Salesforce spotted the chance to proudly blaze the Salesforce brand on such a city landmark, have finalised a 25 years sponsorship deal.

“It’s an exciting day opening the Salesforce Transit Center!  I can’t wait for everyone to experience the amazing public park on top of it.  A great addition to San Francisco for all to enjoy and use.”

Thank you ⁦@TransitCenterSF⁩ for an amazing day opening Salesforce Park!  I’m going back tomorrow to experience the fountains and read a book on the grass. I can’t wait for the bullet trains to pull in to the new transit center! Thank you! — Marc Benioff (@Benioff) August 12, 2018

A press statement from Salesforce said: “The Transbay Transit Center and City Park are a natural extension of Salesforce’s urban campus, providing better access to and from SF, and a sprawling green park in the hub of downtown for all to enjoy.”

…not to mention it comes just in time for Dreamforce, where 180,000 people will descend upon downtown San Francisco. 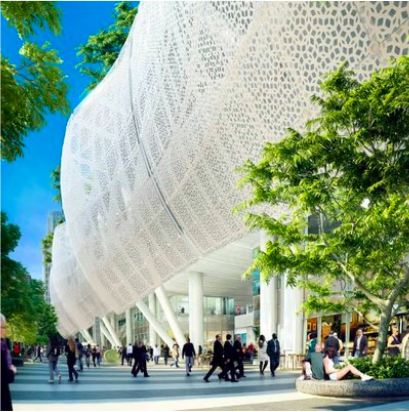 San Francisco Mayor London Breed said: “Our city is growing with both jobs and people, and we need to do a better job of moving everyone around this region, and this transit center will do just that. The transit center goes far beyond a transportation hub. It’s a thriving place of economic opportunity,”

This vast transit hub in downtown San Francisco will eventually connect 11 regional, state and national public transport modes, and is topped with a public park. It covers 140,000 square metres over five blocks parallel to Mission Street in the heart of the city. The building comprises multiple storeys both above and below ground, bridging several roads overhead and connecting to subterranean rail lines.

If you are over next month for Dreamforce and have some time to kill, you probably want to jump into one of these:

“Glad to see the Salesforce Transit Center up and running. But to be honest, @TransitCenterSF, THIS GONDOLA is what we’re waiting to ride… “(@scottbudman) August 13, 2018

The gondola will be completed in September, and will hold 20 passengers.

The other reason you may want to hangout there over Dreamforce, is for the 5.4-acre rooftop park area as well to the Wi-Fi for the ones overseas.

“It’s meant to be used and used often,” said Dennis Turchon, Senior Construction Manager for the Transbay Joint Powers Authority. “It’s not just for show. This is a public park. This is a message I want to make very clear.”

I’m looking forward to hearing all about it from the lucky ones going to Dreamforce this year!

One thought on “Another Landmark in Benioff’s Blue: the Salesforce Transit Center in San Fransisco opens its doors!”