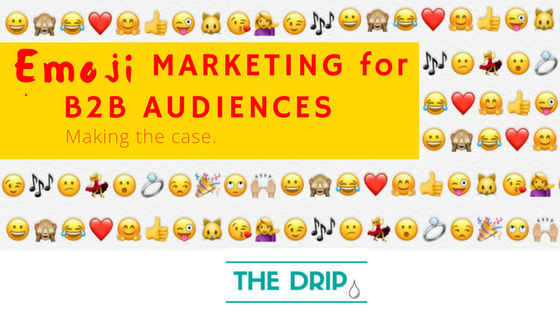 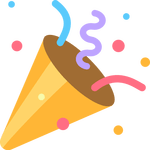 It’s World Emoji day – and what better way to mark this day than writing about their role in digital marketing. Let’s kick off with how emojis came to be, move on to celebrating their place in B2B marketing comms, and then their availability across the Salesforce Marketing Tools (Marketing Cloud and Pardot).

How Emojis came to be

Emojis are the typographical icons you can use to represent the emotions behind your words. Yes, of course you knew that – unless you’ve been living under a rock.

The predecessors of emojis were emoticons, which were introduced into a Carnegie Mellon University online message forum in 1982 because some messages that were posted were prone to misinterpretation. Good call.

Then, during the tail-end of the 90s, a Japanese engineer created 176 icons and coined them ‘emojis’ – a combination of the Japanese words ‘e’ (picture) and ‘moji’ (character)[1]. These are icons based on Unicode, so that they are able to render across different devices and operating systems (eg. Android vs iOS).

According to Reader’s Digest, now more than 1800 emojis exist

Earning their place in B2B

B2C marketers have long been comfortable incorporating emojis in marketing comms soon after these nonverbal signs went mainstream circa 2010.

As we are wired to process images faster than text, using emojis grabs the recipient’s attention and process the message faster. Behind the obvious benefits of emoji marketing, emojis were leveraged in the trend towards authenticity in marketing. They give a brand a face – no pun intended!  As Neil Patel quotes from one study:

“Emoticons are effective in improving enjoyment, personal interaction and the perceived information richness of our messages.”[3]

Emojis are most often inserted into subject lines to get emails to break out from the rest of the noise in your inbox. Extensive use of emojis among friends paved the optimal reason for B2C companies to spark familiarity in their promotional messages. But in B2B? The scepticism reigned.

…until they will start to gain main credibility in B2B marketing. The proportion of Millennials and Gen Z within B2B audiences increases year-on-year. After all, emojis have been dubbed a ‘language of millennials’ so it would be foolish to stick to what tradition dictates. Once people stop being snobby about their use, they have the potential to be a slick way to achieve ‘brand voice’.

Marketing Cloud, a platform geared towards B2C marketing, has supported emojis since 2013. Check out this great

which have a whopping 65.72% impact on open rate?! 2nd place increases open rate by 20.95%, which makes the snowman an unsung hero of the marketing world.

Pardot, on the other hand, was conceived initially as a B2B marketing tool, and still is marketed that way. Yet, neither marketing suite – Marketing Cloud or Pardot – is exclusive to one or the other. Increasingly, Pardot is being used for B2C marketing, due to its simplicity, effectiveness and the ability to work with Salesforce Person Accounts (an advanced CRM connector sync option).

As far as I’m aware, Pardot doesn’t support emojis currently. There were a couple of entries on the Ideas Exchange, but no traction beyond the submitters’ requests. But let’s not end on a low note.

There will be an increasing role for emoji marketing in B2B scenarios, which have the potential to be a slick way to achieve ‘brand voice’. I’m just speculating on the lack of emoji support in Pardot, and I don’t hesitate to say that maybe there’s a number of technical complications that I haven’t considered.

Nevertheless, maybe one day businesses will be inserting emojis from the 1800+ library in order to differentiate, avoid misinterpretation, and above all, communicate their message to the reader instantaneously.

Weirdly enough, less than two days after I finished writing this post, this was posted on the Ideas Exchange:

Upvote this idea, if I’ve made a good case

One thought on “Emoji Marketing for B2B Audiences: making the case”