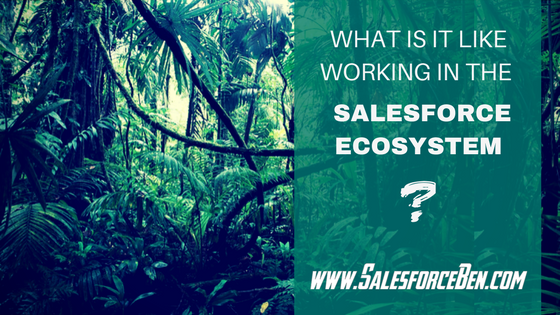 Maria works in the technology industry and has a background in responsible marketing and digital media.

What does this year’s report reveal about the people working with Salesforce? 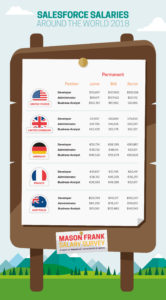 Considered one of the highest paying employers in the US and the rest of the world, Salesforce careers offer competitive salaries across a variety of roles. The average US salary is estimated at just over $44,000. At $110, 897, a junior Salesforce Developer can stand to earn 150% more than the average American worker.

The US city boasting the highest average Salesforce salaries is San Francisco, the birthplace of the organization. Salesforce Administrators can expect to earn around 6% more there than in Austin, Texas.

This salary data demonstrates disparities between earnings across the globe. Alongside the increased cost of living, demand is also likely to be a big driver in rising salaries, which is why the US, especially San Francisco, is seeing Salesforce professionals earning big bucks.

Whilst 50% of people surveyed had over 10 years of work experience, 40% of respondents had under three years of Salesforce experience, demonstrating the relative infancy of the technology.

In terms of education, two-thirds of professionals do not believe a degree is important for a career in Salesforce. Instead, almost three-quarters (73%) of respondents hold an industry-specific certification, with 77% of these people receiving financial support from their employer for their qualification and 93% of these individuals having their certifications paid for in full by their employer.

This indicates Salesforce employers hold certifications in high regard, a factor worth considering when looking for new employment or trying to leverage a higher salary.

Most of the people surveyed (68%) noted an increase in the number of Salesforce projects in their work. The product with the most demand is Sales Cloud, while Salesforce Lightning is predicted to the highest in demand over the coming year.

From a broader perspective, respondents were asked about why they believe Salesforce was implemented into their organisation. Most people (79%) attributed the decision to the functionality of the product. Second to that, ‘moving to the cloud’ was given by 48% of respondents. 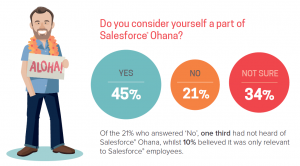 The findings reveal that 34% of respondents are not sure if they consider themselves part of the Ohana, with 21% saying they do not. Of this 21%, a further one in three have not heard of the Ohana and 10% believe that the term is only relevant to internal Salesforce staff.

A big aspect connecting the Ohana is Trailhead, the online Salesforce learning platform, and 84% of the survey’s respondents say they have used Trailhead at some point. Of these, 96% hold at least one badge with just 9% holding over 100 badges. The most common number of badges held is 10, meaning most respondents sit in Trailhead’s ‘Adventurer’ category. 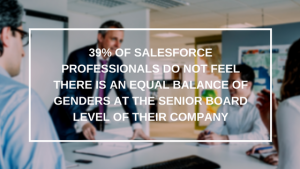 The report reveals that just under a third of respondents feel like their company does not have a fair representation of both genders. As well as this, 39% of respondents do not believe there is a fair representation of women at a senior board level. A massive 44% of women surveyed believe that men are paid higher salaries, despite equal skill and experience This demonstrates an existing issue that women in technology are still facing. Arguably, this issue transcends tech and reaches into business as a whole.

Internally, Salesforce is a pioneer of equality. Could this progress simply be delayed in their wider ecosystem?

What does the future of Salesforce hold?

The report’s findings help paint a picture of the Salesforce industry from its workers’ perspectives. Although the Salesforce salary survey covers a range of data, the key finding, relevant to even those outside of Salesforce, is that earnings are above the standard worker.

Many experts have made predictions about the future of Salesforce. Recent findings demonstrate an increase in the number of projects along with projections about the rise of Lightning implementation, indicating that workloads will be increasing and that demand for professionals will also rise.

Previous Post: My First Dreamforce: A Salesforce Admin’s Perspective
Next Post: Salesforce Sphere – November Round Up of the Top Blog Posts!