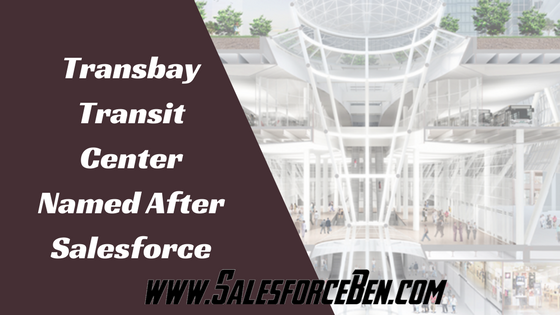 Just two weeks ago Salesforce officially earned naming rights to San Francisco’s new transit center. This was approved by the authority board under a 25 years sponsorship deal.

As you know, San Francisco has been home to Salesforce’s since it’s founding in 1999, and as an organization it is deeply involved and committed to the city, residents, visitors and development.

So what has Salesforce just named?!

The Transbay Transit Center is a transit station and neighbourhood development project in downtown San Francisco, that will serve the San Francisco Bay Area’s regional transportation system. A project that will eventually bring together 11 different transit systems, as well as commercial and retail space, housing condos and hotels.

This modern transit hub will serve to SF Muni, Bart, Caltrain and the future High Speed Rail, bringing all of the Bay Area’s public transportation options to a junction, making transfers more efficient. 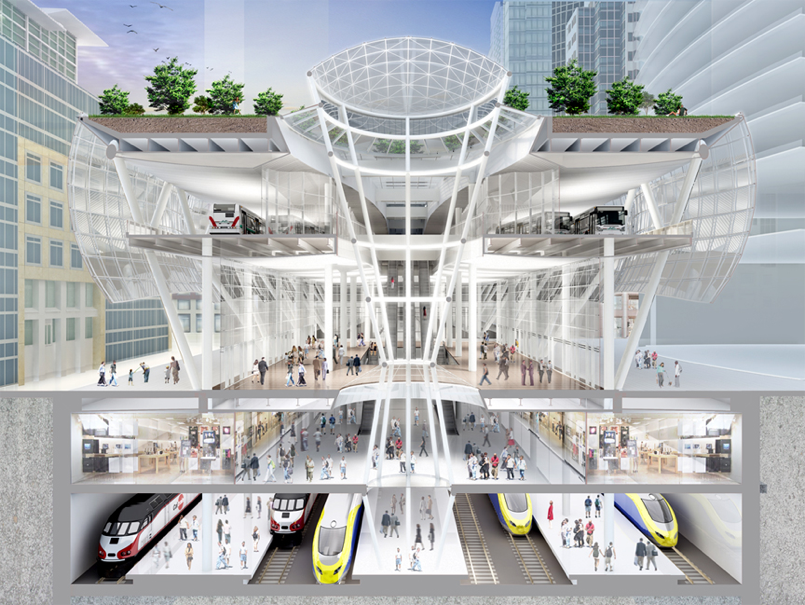 A press statement from Salesforce said: “The Transbay Transit Center and City Park are a natural extension of Salesforce’s urban campus, providing better access to and from SF, and a sprawling green park in the hub of downtown for all to enjoy.”

It’s all about turning Downtown San Francisco into the futuristic “Grand Central Station of the West”. Imagine the ultimate pedestrian environment, where you can walk to Cal Train or Bart from your Downtown San Francisco condo. Stroll through the city’s largest rooftop park and grab a bite to eat at the sleek, modern Salesforce Tower.

The Transbay neighborhood will transform city living in Downtown San Francisco. Interested in living across from this cool new neighborhood? Check out the ultra luxurious residences at 181 Fremont.”

Looking at where it is located, would this possibly mean that once the development is completed some of the transit hub will be closed to host Dreamforce? Either way the + 1,000 hotel rooms will come in pretty handy for this annual conference hosted in SanFran downtown!

Do you want to learn more on this development program? http://transbaycenter.org/project/program-overview