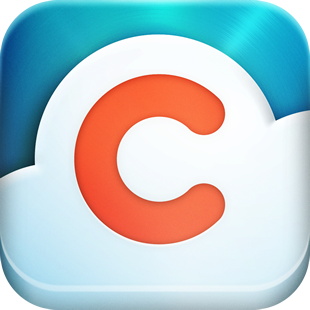 Scott Mortimer is a Salesforce.com certified Developer, Administrator and IT Business Analyst.

Chatter is a great way for employees to collaborate and users who may not sit in the same office every day to get some virtual face time. The problem is, it can be tough to explain to people what chatter is and why they should use it. I have described it as Facebook for work, but that is dumbing it down too much. It also makes people think of annoying cat memes when they are trying to work…The truth is, chatter has the potential to disrupt (in the good tech start up way) the way your company does business and stays in touch. Here are some top tips for chatter adoption at your workplace.

Getting someone from the executive team to start using chatter and adding value posts will cause others to follow suit. This one can be a tough to get done, but has the potential to be one of the most effective methods. If you can get an influential executive demonstrating the effectiveness of chatter, you can get even the most change resistant associates using the tool, even if they don’t initially like or believe in it! All it takes is a director to start posting announcements into chatter to get the ball rolling. Even better, to get employees to start engaging with chatter on a record by record basis, the sponsor can start asking for updates and changes to be made directly on the case/opportunity record feed.

Encourage your users to use their own pictures for their chatter profiles. This leverages one of the greatest things about chatter, it creates a better connection between people that don’t work face to face regularly. Remote users, travelling sales reps and employees working across global offices, normally you would get very little face time with these people. Having actual pictures in chatter lessens the depersonalization that happens in this kind of work environment. Approximately 25% of our associates are sales reps or remote workers. I might see these people face to face once a year or less. But having pictures in chatter means I have a better chance of putting a face with a name. It means I feel more connected to the people I am working with or helping. And it can cut down on embarrassing encounters at the annual company meeting! I hate having to ask someone their name when they already know who I am..

Choose a couple of chatter power users to champion chatter and promote it throughout the business, start announcing big news on chatter, wish people happy birthday and let achievements be known. This can be very similar to the idea of an executive sponsor. There is usually a person in every office that knows when all the birthdays are, or when people have achieved a personal milestone. Get this person to post things to chatter and make employees achievements be known so that everyone globally can be aware and congratulate them. You might want to think about setting some unwritten rules with these champions regarding chatter post content. Of course Chatter can be used for out of work personal achievements and news as well, but there is a thin line to be set.

Rolling out chatter to small subsets of users first can be of great benefit to larger companies. Smaller groups of users are easier to train, monitor and provide helpful tips to while they are settling into Chatter. Once a smaller group is truly engaged, it is easier to demonstrate the value to other groups of users. This is the one we have actually found the most success with. Our veterinary sales team uses chatter to share questions, best practices and requests for office workers. We even have sales reps asking Salesforce questions to our IT team through chatter. This has dramatically increased the collaboration and communication between our office associates and the otherwise out of the office staff. And we have really cut down on emails bouncing around trying to find the person with the info. A quick @ mention and the people that need to know are made aware.

As well as rolling out Chatter to smaller groups of users, you can split this up once again to create groups where users can discuss niche topics. For example…Competitor News, Software Bugs, Salesforce Certifications and Specific product Q&A. You can even create private customer groups and collaborate with your customers, vendors or other external associates. If you set a chatter group to private, you can invite anyone with an email address. You don’t have to limit your chatter’ing with just people in your Salesforce Org. We have used this with great success with software companies we are evaluating and select groups of people that we work with. Adding people to the group means they can see the history of the group right away and it is easier to bring them up to speed in the discussion(s).

If you are not chatter’ing already you’d better start! Collaboration and communication is the way the biggest and fastest companies evolve, and if you aren’t, then you are already behind. Chatter is already in your Salesforce Org why aren’t you using it?