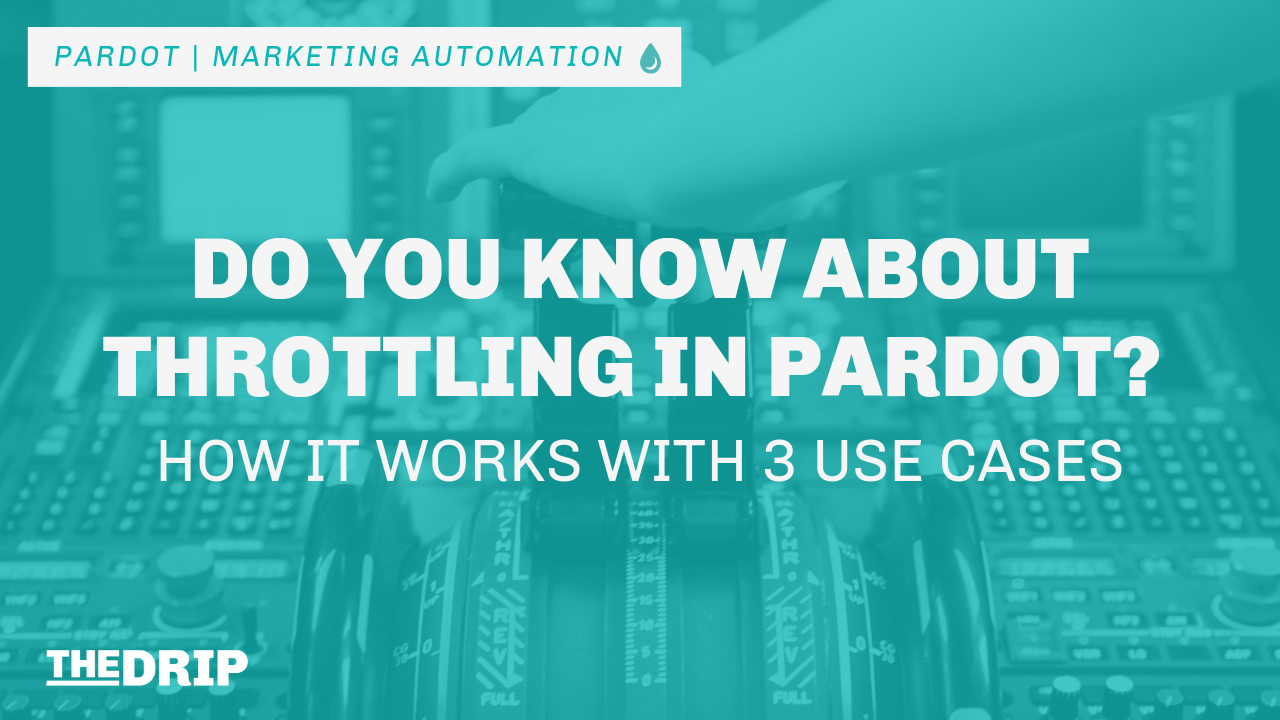 Throttling is all about limiting the actions a system can take within a set period of time. Although it sounds a little (very) aggressive, Throttling is most common in marketing automation when it comes to emails, that is, controlling the amount of emails the system is allowed to send at once, to prevent servers from overloading and limiting traffic to a website (not violent as the term suggests!).

When it comes to Pardot, throttling also happens with Completion Actions (known by its full name Completion Action Throttling) – but not many marketers are aware of this and how it impacts their Pardot automation.

Have you ever been testing a form, and the autoresponder doesn’t send on the 2nd, 3rd…or 4th, test? What about downloading a file multiple times, and a prospect’s score only increasing once?

These are both examples of throttling – to prevent scoring from increasing out of control and overloading email sending. This post will explain how throttling works for different Completion Actions, how to enable/disable it, and most importantly, use cases where it impacts your Pardot automation.

What is Completion Action Throttling?

These Completion Actions are triggered by Pardot assets, namely:

Throttling Based on Form Submissions: How to Enable/Disable

By default, Completion Action throttling is enabled on forms and form handlers, but referring back to the ‘Change Default?’ column in the table above, you have the power to disable this throttling in special cases.

Completion Actions will fire each time the form is submitted, but you can control throttling by preventing the form from displaying altogether.

If you tick the setting “Always display form after submission”, the prospect will receive the autoresponder each time they submit the form. If this box is unticked, they have to wait 10 minutes for the form to become visible again.

You will find this on Step 4 of the Form Wizard: 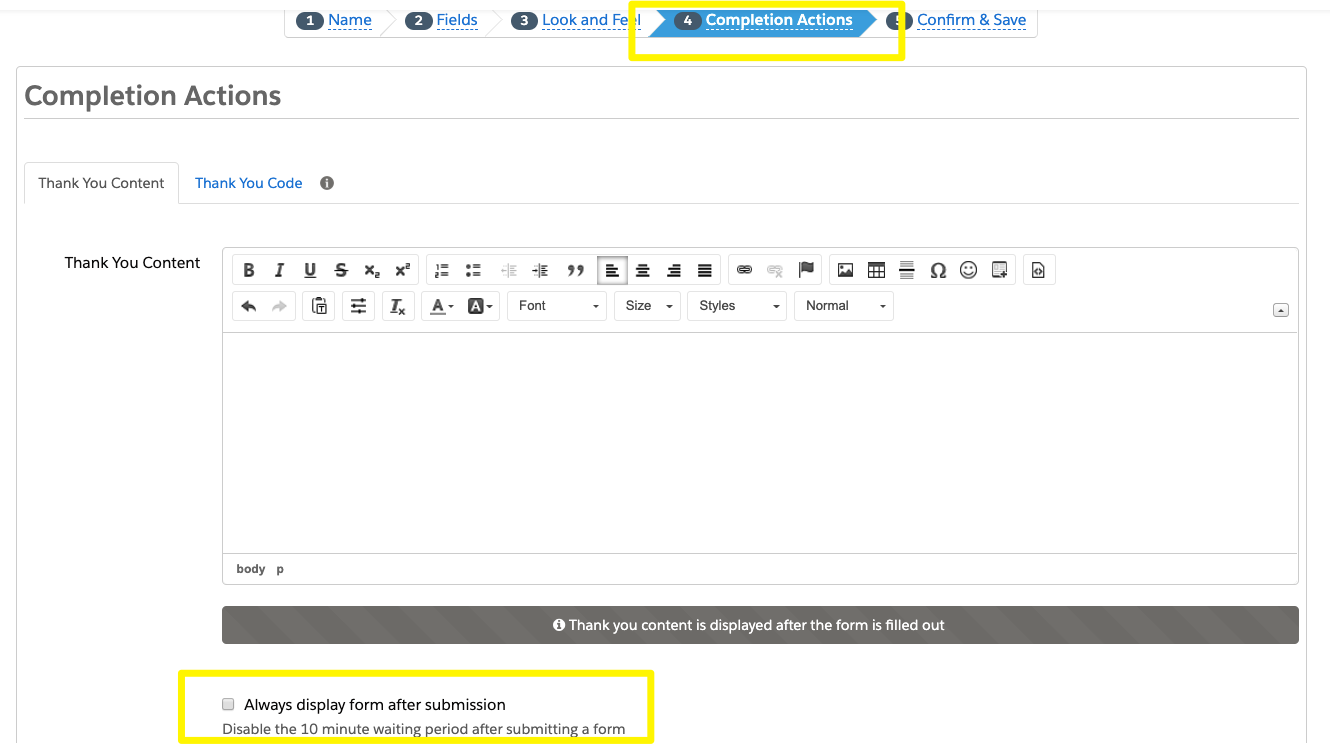 As Form Handlers are hosted externally, it’s common that safeguards against spam submissions will be placed on that side; however, Pardot offers throttling by default for spam protection, to ultimately ensure you protect your marketing automation. You have the option to disable this – but do so at your own risk!

You will find the “Disable Visitor Activity Throttling and send autoresponder emails after every submission” checkbox on any Form Handler settings:

Throttling Based on Email Opens

Pardot Admins may, or may not, decide to score email opens – after all, opening an email doesn’t signal true engagement with the contents of the email.

If you decide you would like to not throttle score increases – that is, have scores increase each time an email is opened, then you can do this by editing the baseline scoring model. You will need to head to your Scoring settings, and leave the “Adjust score on the very first email open only” box unchecked. Again, only do this if you understand the potential consequences!

Now it’s time to dive into the benefits of throttling, using 3 use cases to help you conceptualise it for your business.

Prospects may click on the link to your ebook, brochure or infographic again to re-read it, “just to check that one detail”. Ideally, you don’t want their score to increase each time!

A spam bot may submit your form handlers if the appropriate RECAPTCHA is not in place. If an autoresponder is sent each time, you could run into issues with hard bounces from these fake email addresses.

Pardot recently bought in measures to exclude bots from counting towards email clicks, moreover proving that this is a common issue. Only scoring prospects on the first email open will keep any ‘Email Open’ scoring you have under control. Also, some prospects will have a setting enabled that will only mark the email as ‘read’ after having the email open for a certain period of time, so they are bound to do more email opens to make it disappear from their unread inbox.

Previous Post: Pardot Field Sync Behavior Change – What to Do Ahead of the Winter ’20 Release
Next Post: 5 New Salesforce Flow Features to Shout About in Winter ‘20