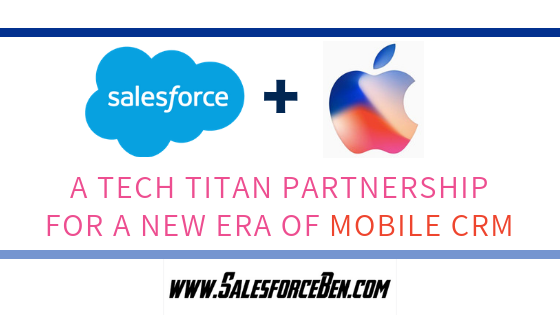 The Tech News Stream has gone mad over a new partnership between two infamous tech titans: Salesforce and Apple. The announcement, which kicked off this key week, promises cutting-edge mobile CRM technology, including voice-activated CRM apps (a hot topic).

Apple are consistently cited as the largest tech company in the world, with annual revenue almost reaching $230 bil and a market cap of $1100 bil. This begs 3 questions: What made Apple interested in forging a partnership with this CRM giant? What does this mean for Salesforce, and it’s wider platform offering? And what kind of production can we expect them to put on to tell the world?

Although Apple are head and shoulders above the competition, there’s always more market to gain. The biggest gap for Apple to make gains in, is in the enterprise market. Similar to Salesforce, Apple has been seeking strategic partnerships that will give them a foothold beyond of their core consumer market and device sales. If they pull this partnership with Salesforce off successfully, they position themselves as a no-brainer provider to enterprises rooted on the Salesforce platform – both in physical devices and cloud solutions.

Salesforce customers building Salesforce platform apps will now be able to create enterprise apps for iPhone/iPad, boosting Apple device adoption. Encouraging developers to build industry-specific apps is also mentioned, sure to position Apple as a leader in multiple verticals. Just look at the success Salesforce have garnered from their industry-targeted strategy.

What does this mean for Salesforce?

It’s all about ‘mobile strategy’. Salesforce’s mobile offering has been slated for numerous reasons in the past – and despite Salesforce’s best efforts to improve the mobile user experience, it’s time to bring in the big guns.

With Apple’s expertise on their side, Salesforce plan to: 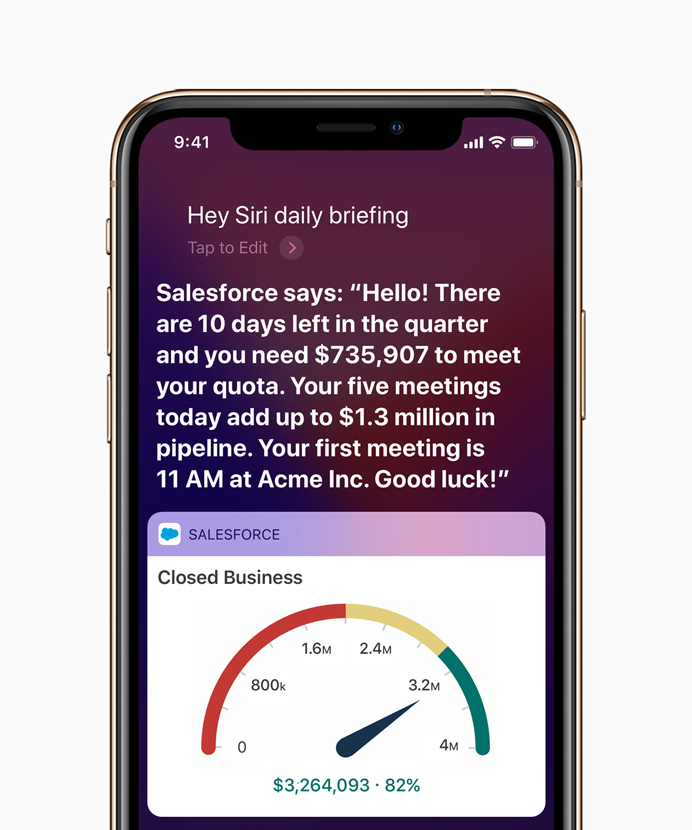 How will they tell the world?

As other media outlets have remarked, both Salesforce and Apple like to put on a show when they have a new announcement to make. Dreamforce will be the perfect arena to tell the world, the week-long conference that kicks off today, Sept. 25th.

Don’t miss the Dreamforce opening keynote, where no doubt we will be shown this technology partnership activated in real-life business use cases. Watch it on the Salesforce Live stream 3-5pm PST (here’s a summary from last year’s, for what to expect).