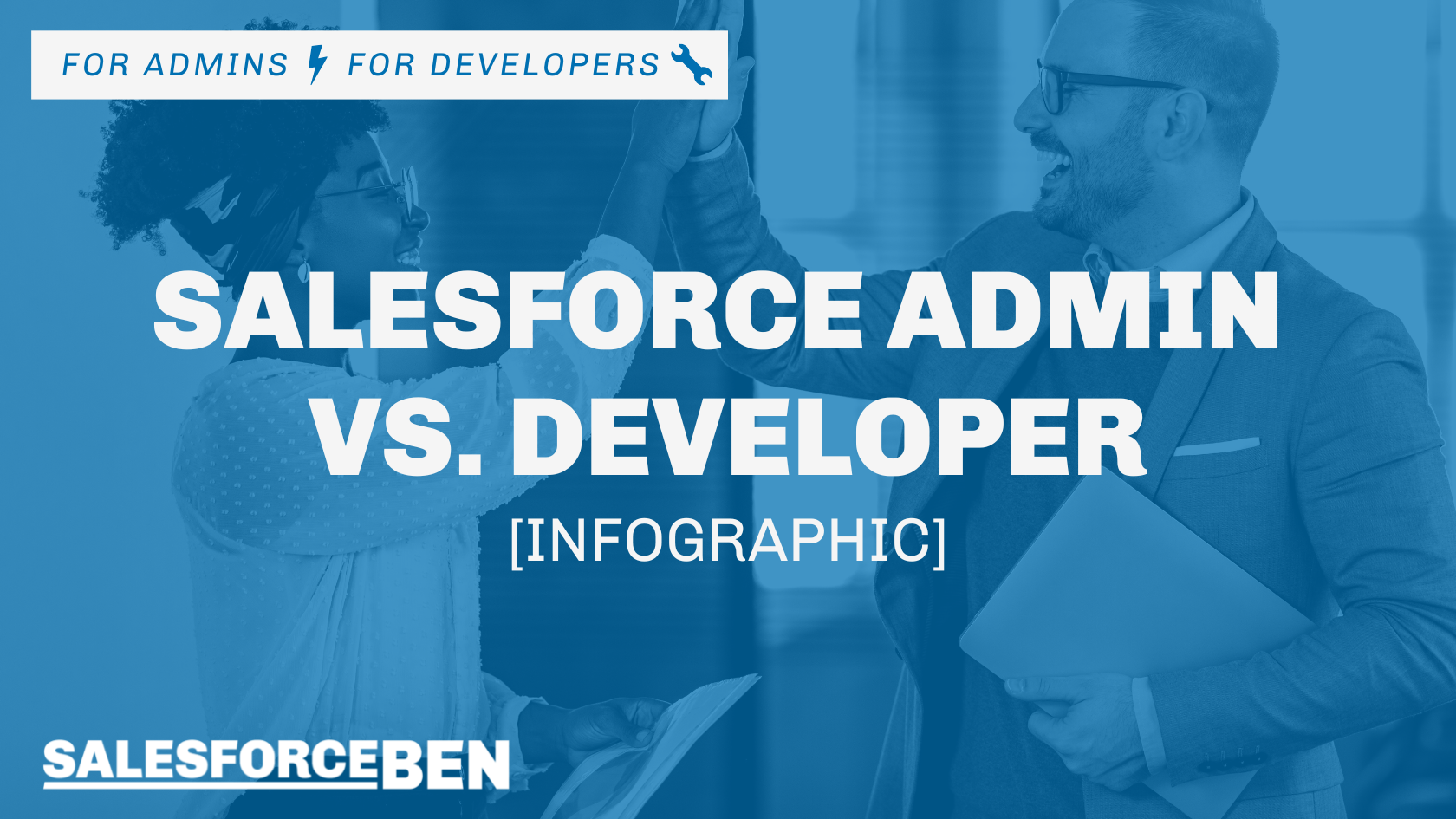 At first glance, Salesforce Admins and Salesforce Developers may appear to be two very different roles. There are plenty of obvious differences between them (declarative versus programmatic, anyone?), but there are also some important overlaps that newcomers may not be aware of.

As relative ‘newbies’ to the Salesforce ecosystem, a few members of the SFB team set out on a mission to get to grips with both roles – from day-to-day responsibilities to potential career paths. And what better way to present these two distinct personas to help newcomers understand… You guessed it – an infographic!

Salesforce Admin vs. Developer: Who’s Who?

As the two roles are not always clearly understood, we thought this would be a great opportunity to establish the similarities and differences in a visual, easy-to-understand way.

Typically, a developer uses code daily, whereas an admin tends to use ‘clicks, not code’. Admins gather requirements and interact with users directly to understand their business needs. If the platform cannot be configured using clicks… that’s when the developer steps in!

When it comes to the question of ‘Salesforce Admin vs. Developer’, here’s a reminder of the key differences between the two personas, including the key skills required and potential future roles in the ecosystem.

As with most roles, there are varying levels of nuance at play depending on the size and nature of the organization. You may have a whole host of developers working on independent projects, or perhaps you’re a solo admin wearing several hats at once. Either way, we hope this infographic has provided some clarity when it comes to defining the roles of admin and developer.

Still curious? Take a look at the following resources: