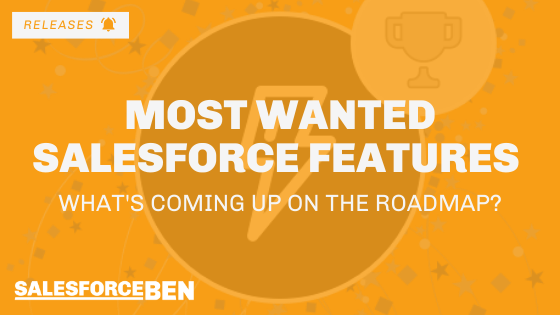 You may have heard about the Salesforce IdeaExchange? It’s the platform that allows the Salesforce community to directly upvote which features they want to see as part of the Salesforce product. Involving customers in influencing the product roadmap has been a core belief of Salesforce’s since they were founded – what better way to develop products customers crave?

The IdeaExchange (released in 2006) was starting to show some flaws. IdeaExchange Prioritization was born! This new system takes the user wish list and marries it up with reality – how Salesforce product development actually happens and taking complexity into account. With each prioritization cycle, we make the big announcement about each feature; when the next cycle swings around, we add the winning ideas to this most popular roadmap overview (after all, the cycles are pretty rapid!) Hopefully you will spot an enhancement, or two, that you are anticipating!

There are two sides to the Idea Lifecycle:

The Prioritisation List, therefore, is the most wanted Salesforce features (that are also realistic for Salesforce to deliver). It’s a great feedback loop that means customers get heard, but aren’t left in the dark on why popular ideas aren’t up for the roadmap development.

What’s Coming up on the Roadmap? (Winners September 2020)

The most recent Prioritization Cycle winners were announced September 30th, 2020. Here’s what’s coming up on the roadmap and when:

A task or event record can be edited multiple times in its life. The ability to keep track of which fields were changed when, and by who, will be a huge benefit to organisations relying heavily on Salesforce activities for managing rep/agent workload and tracking performance.

Admins will be pleased! “Follow-Up Task” and event workflows (when they’re not wanted) agitate users. Field history tracking proves why a certain workflow fired when it did, providing the evidence when you’re questioned by puzzled users!

After missing the mark in the May cycle, we see this much-needed enhancement has captured people’s attention, ranking ahead in the prioritization cycle, despite having half the IdeaExchange points that 2nd place (ability to print dashboards) built up over the same time period! 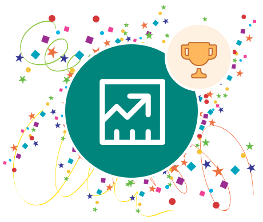 (now, can we have the same for Campaign Members, please?)

Users will be able to print dashboards directly from Salesforce in an optimised format.

If you’ve ever been asked to print a dashboard before, you will know it’s not easy to simply screenshot it and run to the printer.

For super Admins, every dashboard ‘tells a story’, which often gets lost when formatting is changed or disrupted when delivered over email or other formats that are not print preview friendly.

The new ability will be a huge time saver, and will keep executives – and the many people who love something tangible – happy.

Why has it taken so long? This delivery will be wrapped into the HTML2PDF service. Although it’s in the works, the product team have been transparent that HTML2PDF is a dependency (which is at least 2 releases out). In the interim, they plan to provide a PNG export of dashboards. 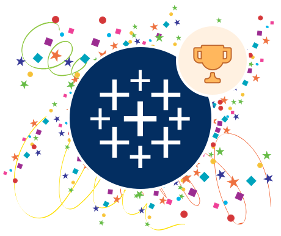 Gauge components on Salesforce dashboards are very popular with target-driven teams, displaying progress made towards the target, and whether you’re in the clear, or ‘in the red’ – literally.

Every admin will know that the numbers for the thresholds need to be ‘hard-coded’, by editing the component and typing in the specific numbers for the green, yellow, and red values: 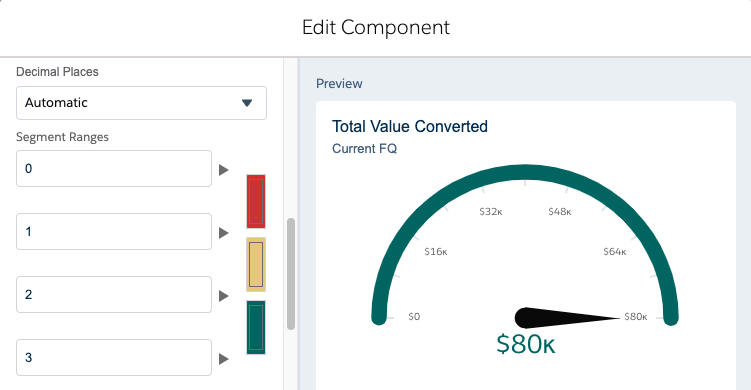 We heard about the winners, what about the runners-up? The leaderboard (below) shows us which features missed the mark with the coin voting. These ideas (and more) will join the next cycle, which begins September 14th, 2020.

We have moved all previous ideas that made it onto the roadmap to our ‘full roadmap’ post. When each cycle passes, we will transfer those ideas there.