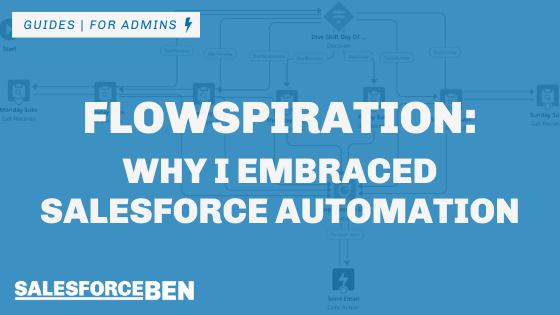 To those who know me in the Salesforce community, it won’t surprise them to hear me say I’m a flownatic – an Automation Champion, obsessed with automation! What may surprise is the reason why: I’m lazy and a little forgetful! I’ve worked out that if I put in maximum effort up front, I can exert minimal effort later.

Automation in Salesforce – though it may take weeks to plan, future proof, test, handle errors, etc – allows me to know that, once active, it will always do the same thing on the same schedule (whether time based or action triggered), even if I forget all the things it is going to do.

There is another reason I embraced automation: for most of my Salesforce career I’ve been a solo admin. With regular tasks to perform and no holiday/sickness cover, I needed a way to keep the lights on when I wasn’t there, rather than work backing up. Automation, in its various forms, gave me a way to let users help themselves: simply press a button or fill in a field and my automation will do the rest, be that simple (alert the record owner, create a task) or complex (update the financial forecast taking into account cost, margin, value, changes in realisation date, different profit take rules, anomalies due to business unit etc). 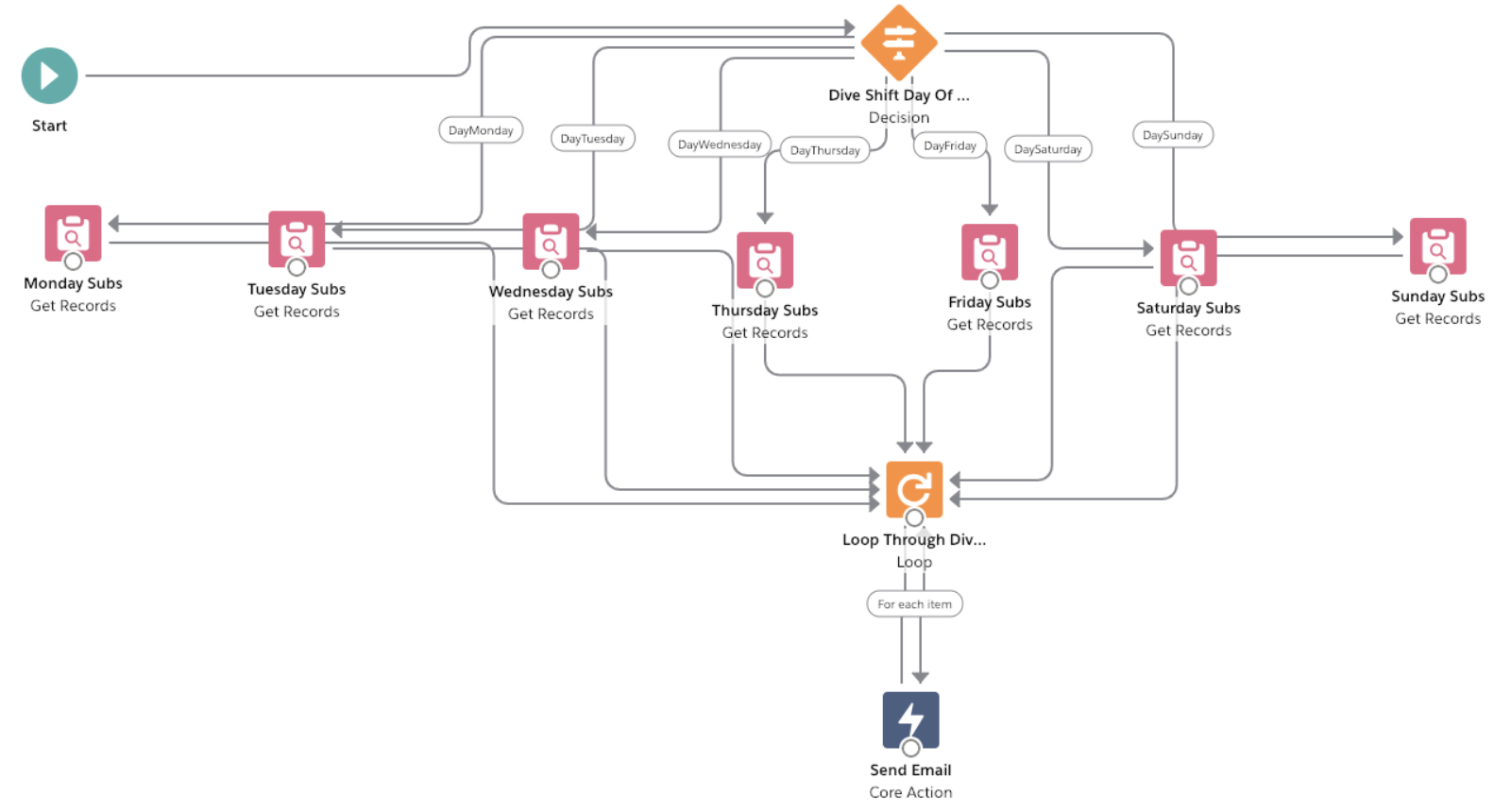 I’ll admit, some of the automation I built in the past would have been better handled in Apex. But when you’re a solo admin with no developer support and no budget to hire someone, you just make do.

That said, it amazes me that more admins don’t embrace automation, and take those first steps. It doesn’t have to just make your user’s lives’ simpler – it can also be adopted to make your life as an admin easier.

Here’s some “flowspiration” for business processes you could automate:

What other Admin tasks can you think of that you could automate? Why not give them a go – in a sandbox, developer org or trailhead playground first, of course!

If you are completely new to automation, I highly recommend starting in Trailhead with the Lightning Flow module before trying to replicate my project